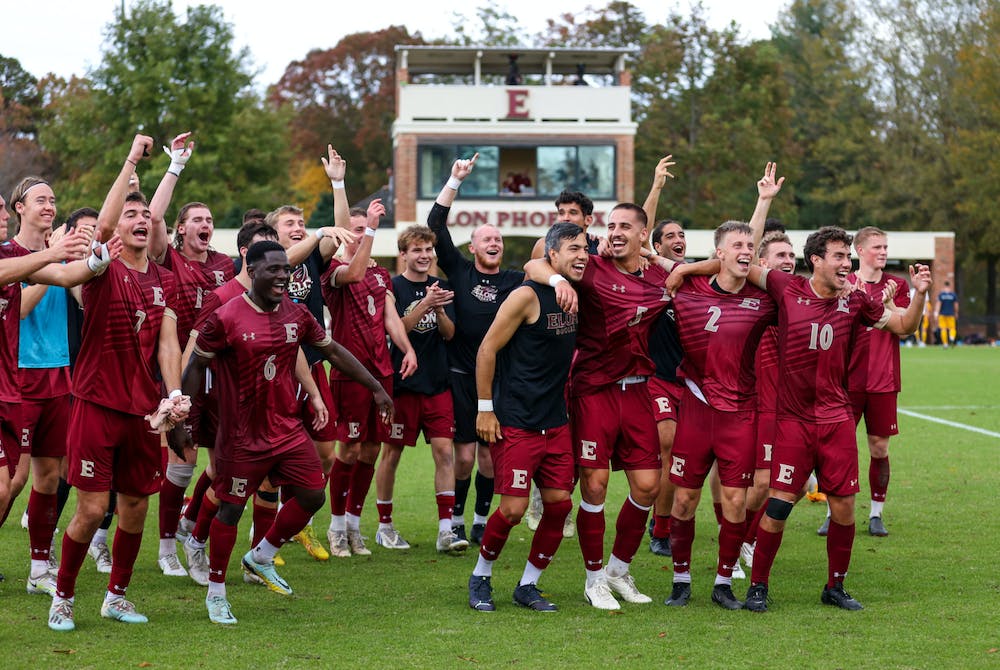 Updated as of 8:05 p.m. on Nov. 14 to include quotes from head coach Marc Reeves and senior Marco Vesterholm

For the first time since 2015, the Elon University men’s soccer team is heading to the NCAA tournament.

After falling to the Hofstra University Pride in the Colonial Athletic Association championship match 2-1 on Nov. 12, the Phoenix earned an at-large bid to the NCAA tournament, where it will host Marshall University Nov. 17 at Rudd Field. The match will begin at 6 p.m.

Elon earned an at-large bid following a 2022 campaign in which the Phoenix won its first CAA regular season title in program history, finishing with an 11-4-3 record heading into the NCAA tournament.

In 2015, the last time Elon was in the NCAA tournament, it hosted a first round match, where the Phoenix defeated Winthrop University 3-0 at Rudd Field, eventually falling to the national runner-ups Clemson University 5-2 in the second round.

Redshirt junior midfielder and captain Marco Vesterholm, who missed the CAA championship match after receiving a red card in the semifinal game, said he is relishing the opportunity to play at Rudd one last time.

“Personally for me, it’s great that I play another game on Rudd,” Vesterholm said. “Hopefully we can get a good crowd and get them what they want to see.”

While head coach Marc Reeves would have preferred to get an automatic bid to the tournament by winning the conference title, he said he is very happy to be able to host the first round at Elon.

“Extremely happy for the group,” Reeves said. “We’ve earned it through the year, we’ve talked about it at the start and this is an NCAA tournament team to find a way in.”

The Phoenix will be tested against Marshall, who won the men’s soccer national championship back in the 2021 spring season, but Reeves said he is looking forward to the opportunity.

“We’re playing an exceptional team in Marshall, national champions a couple of years ago,” Reeves said. “Really well coached, really mature team, have some real technique and ability, and it’s going to be an exciting NCAA event.”

Vestorholm noted Marshall’s recent success and said that’s what he wants the standard to become at Elon.

“That’s ultimately where we want to be,” he said. “I think we have the group able to play teams like this and this should just be the goal every year.”

Following a strong showing of support throughout the CAA tournament, Reeves said he hopes the fans come out to cheer on the Phoenix one last time at Rudd this season.

“That support could make a big, big difference,” Reeves said. “Truly appreciate them coming out before and hoping Thursday night that they really flood the Rudd, getting three deep around the fence there and cheering and encouraging our guys to make every tackle, track every run and finish with a couple of goals.”