Struggling team will host Winthrop in the first round 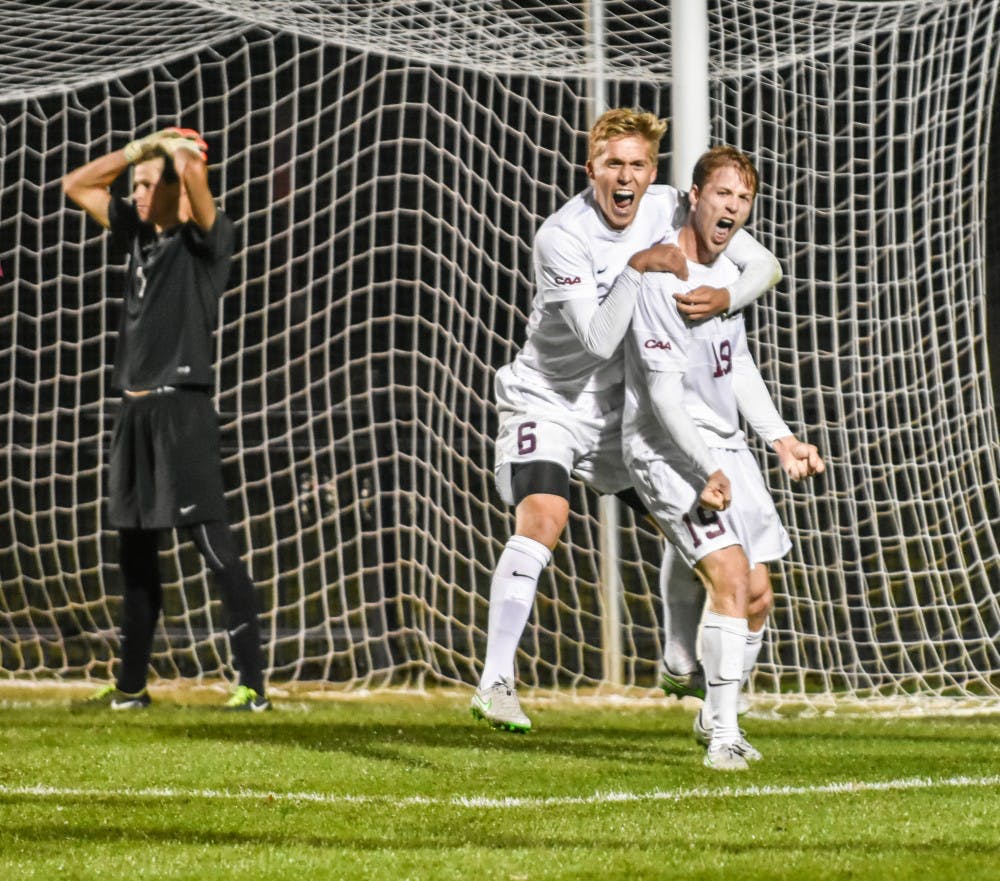 Out of the 48 teams who made the tournament, Elon was the 46th announced, sending a wave of comfort through the team’s racing hearts.

“When our name came out there was excitement, but a little bit of relief at the same time,” Brace said. “It was a little nerve-wracking at the end, but I felt as a team we did enough during the season and we had a good chance.”

After a one-year absence, the Phoenix will host Big South Conference champion Winthrop University Thursday in the first round of the NCAA Tournament. The team awaiting the winner of Thursday’s match is No. 2 Clemson University, the school Elon defeated in the first round in 2013.

While Elon expected to find themselves in this position before the start of the season, the Phoenix has limped its way to this spot, winning just one of its last five matches. Elon lost to Duke University, No. 24-ranked Hofstra University, Radford University and the University of Delaware in a penalty shootout in the semifinals of the Colonial Athletic Association (CAA) tournament. Elon’s lone win during that stretch was a 1-0 overtime victory over College of Charleston.

Elon’s offense struggled during the final stretch of the season, scoring four goals in its last five matches and getting shutout in two of the contests. During the Phoenix’s program-record seven match winning streak to start the season, Elon scored 20 times and conceded only three goals, keeping five clean sheets.

Despite the recent struggles, head coach Chris Little said Elon’s 13-5-1 record is a fair reflection of how the team played throughout the season. Little said the team has actually improved in some aspects, and the results have just not gone in their favor.

“In our last two games [against] Radford and Delaware, I thought we were the better team in both games,” he said. “I thought we did a lot of things really well.”

Little said it would have been easy for the team to accept defeat after falling behind 2-0 to Delaware and said he learned a lot about the team’s character as he watched Elon score twice in the second half to force overtime.

Brace said it was harsh to be eliminated in a penalty shootout but said the team can take a lot from the chances Elon created throughout the second half and both overtime periods.

“It would have been nice to make it to the CAA final, but it may be a blessing that we get an extra two days’ training before the game on Thursday,” he said.

Brace said he expects training to be business as usual, with Little having planned accordingly for a first round match tournament contest.

Winthrop has been on an opposite trajectory, losing only once in its last 13 matches. The Eagles won the Big South regular season and conference tournament titles after starting the season with five losses in its first six matches. Winthrop’s defense has been particularly stout, holding all opponents scoreless in the month of November.

Winthrop head coach Rich Posipanko also is set to retire after his 27th and final year with the Eagles.

“He’s obviously gone out on a real high [so far] and I’m sure they’ll be trying to win for him,” Little said.