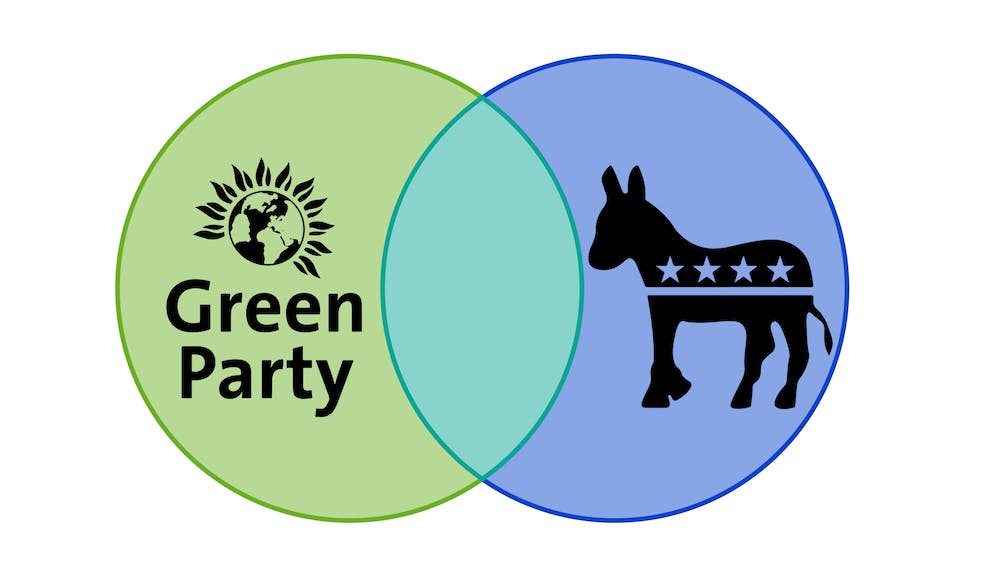 Photo by Caroline Mitchell | Elon News Network
The Green Party has been added to the North Carolina ballot for midterms Nov. 8 after a long fought battle against the Democrats that included lawsuits and alleged fraud.

The Green Party has been added to the North Carolina ballot for midterms Nov. 8 after a long fought battle against the Democrats that included lawsuits and alleged fraud.

Previously, in order to vote for a Green Party candidate in North Carolina, the only option was to write them in. But after the North Carolina State Board of Elections certified the Green Party Aug. 1, residents can now register as unaffiliated or a member of the Democratic, Republican, Libertarian or Green parties.

Matthew Hoh, North Carolina’s Green Party’s candidate for U.S. Senate, said he believes the certification is a step in the right direction.

“Keeping with the status quo is only going to deliver the same, and the lesser-of-two-evils-voting has gotten us to this place where millions and millions are suffering, and things are getting worse,” Hoh said. “The only thing to do is to create the change that we need because it’s not going to come just by hoping that the system by itself gets better.”

According to the North Carolina Green Party website, their values include democratic and economic reform, social justice and equal opportunities for all, as well as demilitarizing society and protecting the environment.

Jason Husser, professor of political science at Elon University, said that the U.S. has a political system made for only two political parties, and nothing can change while that system is in place.

“A key thing to remember is that in the United States, we have single-member districts with a winner-take-all system, and as a result of that we have a two-party system,” Husser said. “In order for third parties to be effective in a really sustainable level over decades, we have to move to a multi-member system with proportional election rules.”

Shannon Bray, North Carolina’s Libertarian candidate for the U.S. Senate, is happy to see more representation on the ballot.

“Both parties are losing support in favor of third parties because it is clear the two in power are not representing the people. … I appreciate that Mathew is standing up for the voices he represents and he and his party have every right to be there,” Bray wrote in a statement to the Elon News Network. “Not having the Green Party on the ballot would have been a misjustice.”

According to its website, the Libertarian Party has been on-and-off the ballot since 1996 but has maintained its status as a party annually since 2017.

Even though their political beliefs do not completely align, Bray and Hoh both said they have a common enemy.

“When you hate the choices given to you by the Republican and Democratic parties, you show them your discontent by voting your principals. The Republicans and Democrats are forced to pick up issues we care about when their voting numbers lessen,” Bray wrote. “Different polling numbers get us invited to the bigger tables because the rules are written against us.”

Hoh said that because Democrats and Republicans answer to their major donors, they refuse to have strong opinions.

“They don’t want the issues that we propose, the things that we want to talk about, to be spoken about during the campaign. Because if we’re not in the race, then housing and health care and education and jobs are not spoken about,” Hoh said. “Those things that have a real impact on the lives of millions of North Carolinians are not discussed because those discussions are inconvenient for both the Democrats or Republicans because that affects the Democrat and Republican major donors.”

The Green Party, including Hoh’s campaign, does not take donations from corporations or political action committees — only from individuals. Hoh said because it does not answer to donors, the Green Party is able to take more distinct stances on issues than the Democratic Party.

Husser said that “third parties have a very, very minor impact on U.S. elections,” but Hoh said he believes that the Democrats worry that the Green Party will take some of their votes.

“Political parties are a long term stable psychological attachment,” Husser said. “It’s not as simple as they get more money, and that’s why they win.”

Hoh believes that the addition of third parties will help the start of changing the system.

“By having these independent campaigns, you put stress on the two-party system, and that forces the change because unless you force it to change, it’s not going to change on its own,” Hoh said.

Certification is the only way a political party can appear on the ballot. This can happen one of three ways, according to the North Carolina State Board of Elections. First, the group can qualify with at least 2% of the entire vote cast in the state in the most recent general election for governor or president. Alternatively, a candidate must be nominated on the general election ballot in 35 states in the most recent presidential election.

National Democrats questioned the validity of signatures on a petition to certify the Green Party in North Carolina over the summer. On June 30, the State Board of Elections voted 3-2 against adding the Greens to the ballot, with all three Democrats on the board voting against.

After an investigation from the board, 481 signatures were deemed invalid, either being signed after the cutoff or because the signatures did not match. However, the party still had 1,600 valid signatures above the minimum of 13,865.

The Green Party protested, claiming the Democrats were trying to protect their Senate candidate, Cheri Beasley, from competition. It filed a lawsuit against the board, claiming the denial violated First Amendment and due process rights.

Because the petition still had more than enough signatures, the State Board certified the Green Party on Aug. 1. However, due to the investigation, it missed the July 1 deadline to be included on the ballot.

On Aug. 5, the U.S. District Court decided that the Green Party will appear on the Nov. 8 ballot.

According to the Associated Press, during the investigation Democrats canvassed and called those who signed the petition, asking them to reconsider because the Green Party may take votes away from Democrats. The Democratic Senatorial Campaign Committee admitted to contacting signatories. The Green Party has filed a lawsuit, alleging Democratic interference.

Hoh denied allegations that the Green Party’s signatures were fraudulent.

“The fraud that was committed, was committed by the Democratic Party by trying to keep us off the ballot through a number of things, one of them including these false allegations that we had committed fraud in order to get our place on the ballot,” Hoh said. “I think most people see right through that, that most people understand that this is the nature of the two-party system, that the two-party system is corrupt, it’s undemocratic and it’s harmful.”

The N.C. Democratic Party has also filed a lawsuit against the State Board of Elections, claiming it should not have certified the Green Party while fraud was still being investigated.

Husser, on the other hand, said the possibility of the Green Party taking substantial votes from the Democrats is small.

“They do have some impacts on the margins,” Husser said.“They can push the members of the two-party system to the left or right on certain issues, and they can take votes away from the two-party candidates that may tip an election or, at least, has the theoretical possibility of tipping an election. But most people aren’t paying attention to them because they don’t matter that much.”