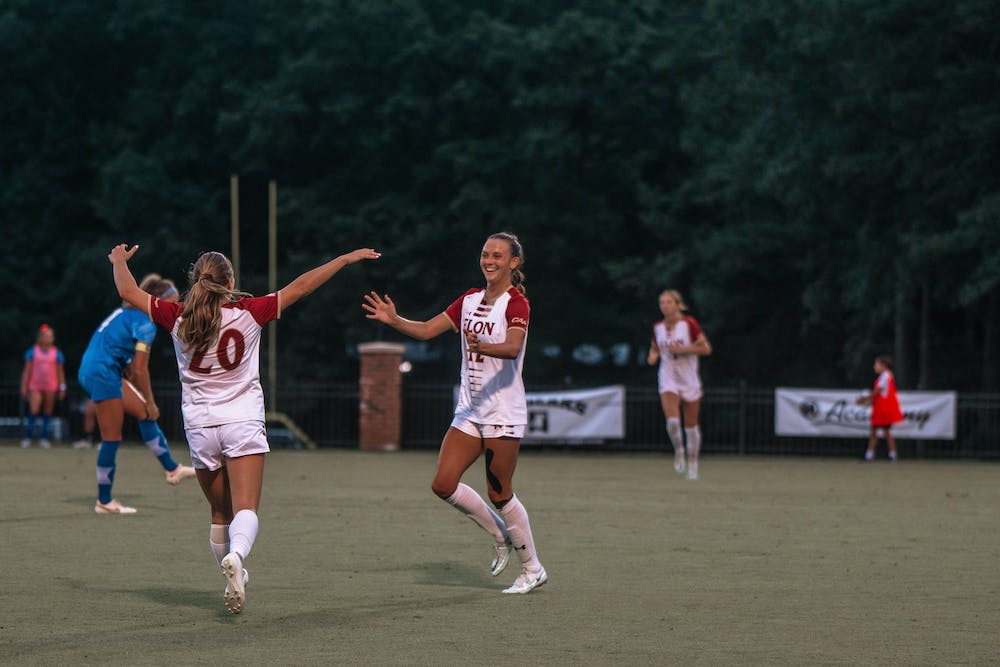 The Elon University women’s soccer team won dominantly against the University of North Carolina-Asheville Bulldogs 4-0 at Rudd Field, bringing the Phoenix back to .500 (2-2-1) and ending a three-game winless streak for the team.

“It was a good response from the last two games,” head coach Neil Payne said. “We were raring to go for this game. I was overall really pleased with the response.”

Senior forward Molly Mahoney opened the scoring in the 23rd minute for the Phoenix, taking the lead for the team that it never gave up. Elon’s defense only allowed five shots — two on-goal — by the Bulldogs, which paved the way for aggressive offensive opportunities from the Phoenix.

Before heading into the locker rooms for halftime, in the 45th minute, freshman forward Ashlee Brehio scored her first career goal from deep range to extend Elon’s lead to two.

“It was pretty exciting,” Brehio said. “I hope to score more, and I had a few more chances which was really exciting.”

The Phoenix continued a vicious attack through the second period. An unassisted goal by senior midfielder Abby Fusca and an own goal from the Bulldogs were the final two pieces of Elon’s second shutout victory of the season.

“That's what this group is like. They will self-reflect on this team, analyze the game and feel like they should have done better,” Payne said. “I couldn't be more happy with the mentality in this group.”

The Phoenix (2-2-1) ends a five-game homestand and heads on the road for a match against the Gardner-Webb University Runnin’ Bulldogs. The game is set for Sept. 8 and will begin at 7 p.m.