The invitational was held at Alamance Country Club Sept. 19 to 20 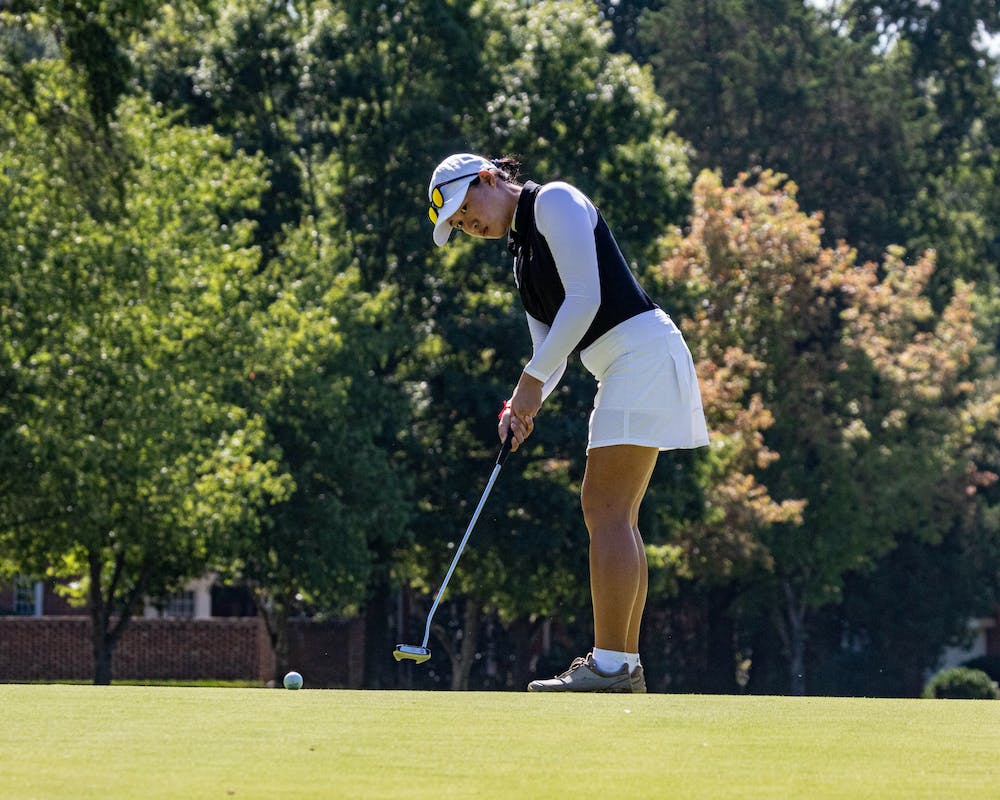 
Elon junior Kanokwan Ngamwong putts on the 11 hole during round one of the Elon Invitational at Alamance Country Club in Burlington, N.C. on Sept. 19.

Freshman Ashley Lafontaine won the Elon Invitational with a birdie on the 18th hole. This marked her first career win. She scored a final round 68.

William & Mary ended the event overall in second place, with a tournament score of 23-over par. University of North Carolina at Greensboro landed in third place for the tournament, with a score of 27-over par.

The Elon Invitational took place over the span of two days, beginning Sept. 19 with rounds one and two, and three and four Sept. 20. The invitational was held for the first time in 2019.

The 18-hole course at Alamance Country Club was designed by Donald Ross, who also designed Pinehurst and Greensboro’s Sedgefield Country Club, which is the home of the Wyndham Championship.The course was originally built in 1946 and was renovated both in 2000 and 2020.

The women’s golf team will now split, with the A team going to the Aggie Invitational in Greensboro, while the B team will go to Boston College Intercollegiate. Both events will be held Sept. 26-27.