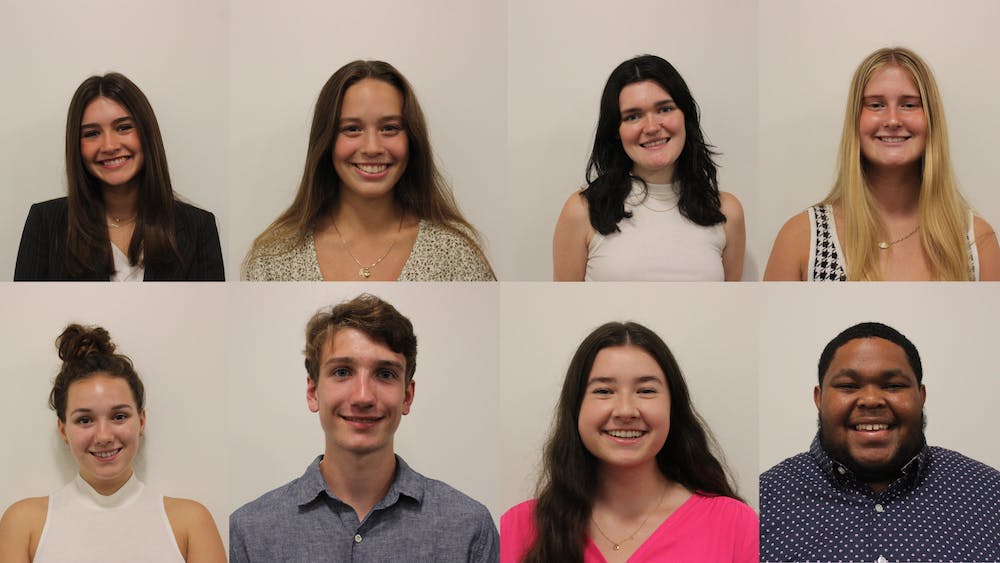 Eight senators were elected from the class of 2026 and will be sworn in during the Sept. 15 Student Government Association business meeting.

Correction: The original secondary headline for this story incorrectly stated the percentage decrease of voters from the previous year. The turnout for the freshmen election dropped 68%. Elon News Network regrets this error.

11% of the freshman class voted in Elon University Student Government Association elections with a total of 179 ballots cast. Last year, a total of 552 ballots were cast. The results were announced Sept. 12 in Moseley Center.

Selma Maric was elected as the class of 2026 president, receiving 61.84% of the votes out of the two candidates running.

Jack Poulos was elected as the class of 2026 treasurer after running unopposed and receiving 96.81% of the votes. Madeline Mitchener, Noah Biggers, Anya Bratic, Lexi Riolo, Lauren Kulda and Savannah Ginda were elected as class of 2026 senators.

Student Body President Nadine Jose announced the results of the election and said she was excited to welcome the new senators into SGA. Jose said there is still a School of Education senator position and College of Arts and Sciences senator position available for freshmen.

“If you did not win your election, totally fine,” Jose said. “We would still be happy to have you … If you still want to get involved in SGA, we'd love to have you.”