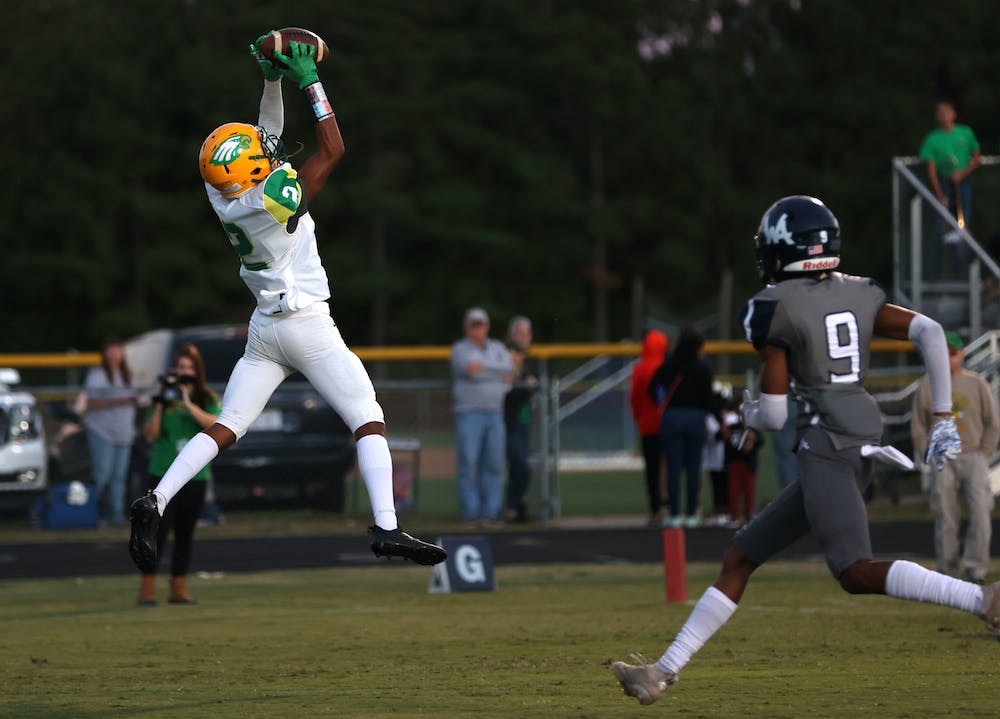 Playing in this rivalry is a big deal for the area, according to Western Alamance sophomore James Newton, who said it felt even better to play such a large part in front of the large crowd.

Newton made play after play for Western Alamance, starting the game off with a pick six on Eastern’s first offensive play. Being able to contribute even with the loss, Newton said he gained confidence with the plays he made.

“It’s a great feeling, once you get that first boom, you’re just ready to go,” Newton said.

Going forward, Newton said he believes his team can turn right around after the close game.

“Just keep on fighting, don’t give up,” Newton said.

The game’s MVP, Eastern Alamance junior quarterback Jason Ball, was able to look past the start of the game and lead his team to the victory. Ball said the team came out with more confidence than they should have for a rivalry game.

“It feels great because the first quarter had a bad start, pick six, and then I fought back, and I feel like the team played very well in the second half,” Ball said. “We came out cocky. We thought we were the better team, but we shouldn’t have done that in a rivalry game because they came out to play.”

Eastern Alamance takes on another close to home rival next week in Walter M. Williams, whose head coach Patrick Stokes is the former defensive coordinator at Eastern Alamance. Williams defeated Orange 70-0 tonight and is 2-0 in conference play.