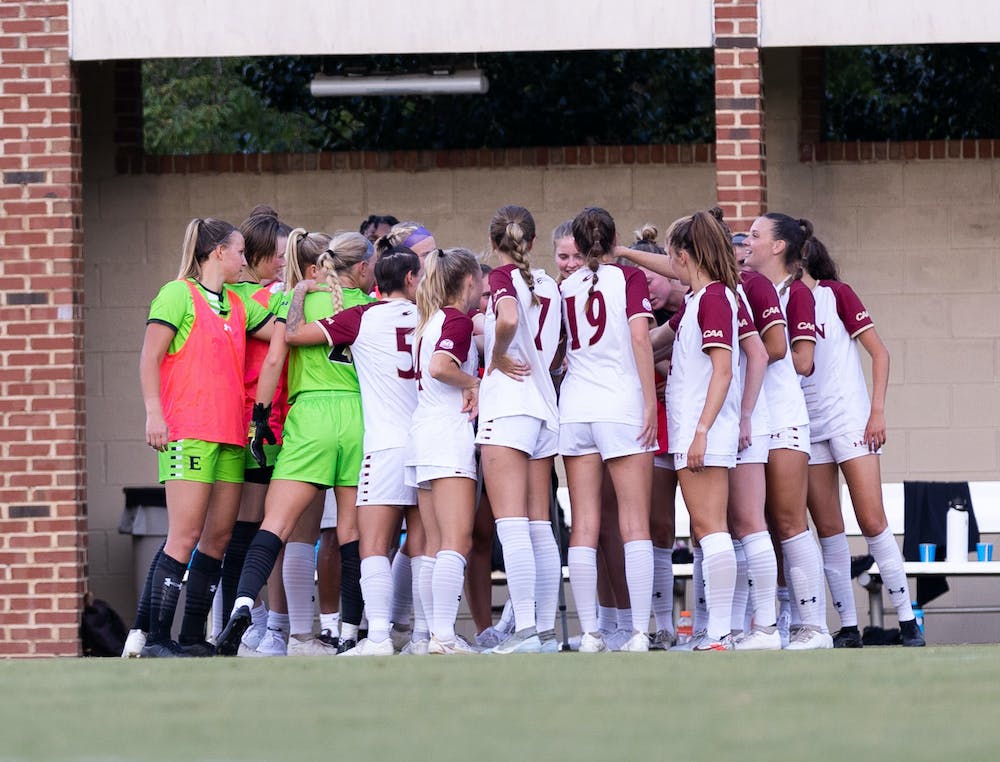 Despite the loss, Elon’s offense is off to a hot start. With seven goals in its first three games, the team’s offense is firing on all cylinders. Head coach Neil Payne said he believes a huge part of their future success will be both preseason honorable mention All-CAA honors, Abby Fusca and Katie Lowe.

“They’re having more of an influence as each season goes by,” Payne said. “This was Katie’s first game back, I was very pleased with her performance against a very tough opponent. Abby is so dynamic in her play that she’s going to cause the opposition a lot of problems throughout the season. I expect them to be a massive part of our success this year.”

Payne said playing the Hokies will help his team going forward this season.

“It gives you a real test of what to come, they’ll test you in areas you don’t get tested on every week,” Payne said. “As we head into conference games, we’ll have to be able to respond to being exposed in some areas. We have to get used to a never-say-die attitude, which I thought we showed in the second half.”

For Payne, games against teams like Atlantic Coast Conference opponents such as Virginia Tech can help coaches understand their team’s weaknesses.

“We have to make sure that we tighten some things up a little bit as we approach the conference schedule,” Payne said. “We have to be able to control the ball, and not be afraid to do it.”

The Phoenix will be back at home to take on the North Carolina State University Wolfpack, another ACC opponent, Sept. 1. The match is scheduled for 7 p.m.