With the opening of the Innovation Quad this fall, students and faculty are excited to strengthen the engineering program and expand upon it in the future 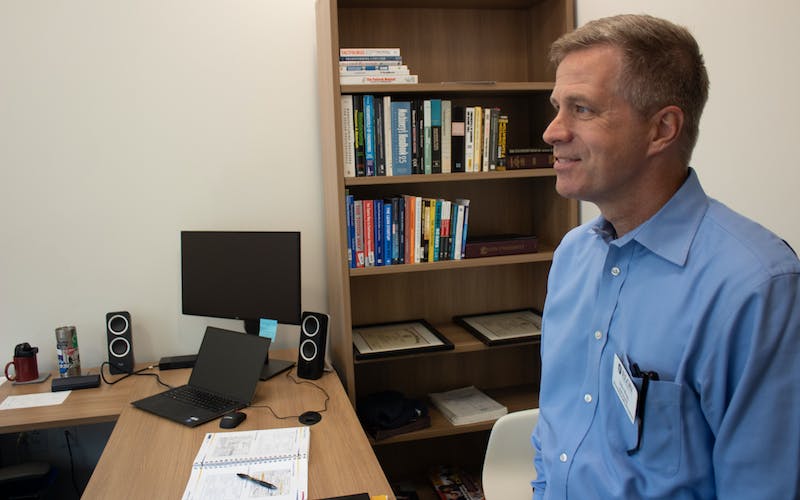 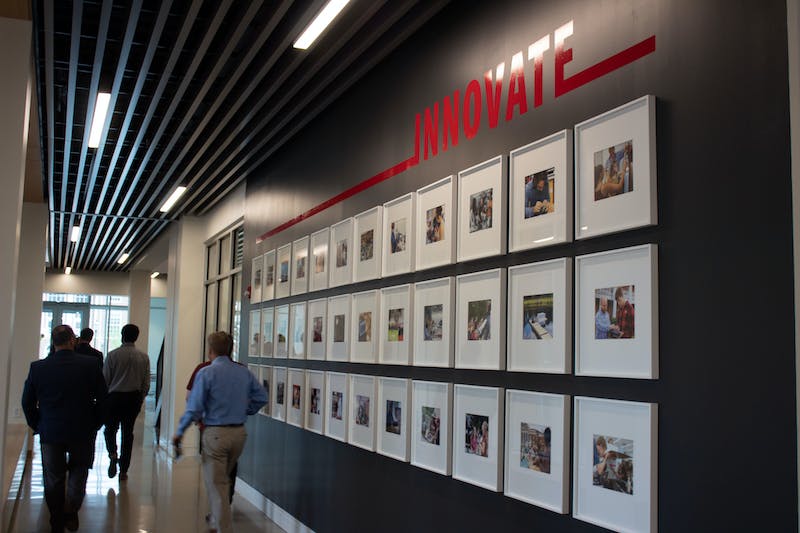 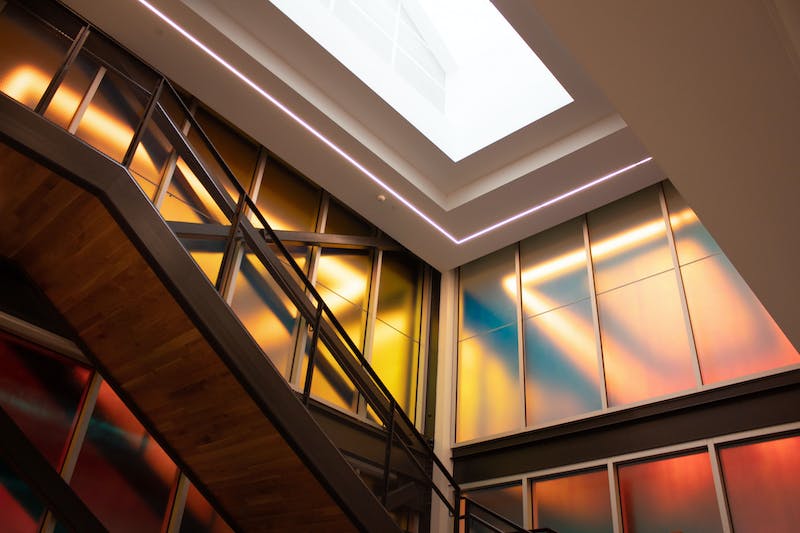 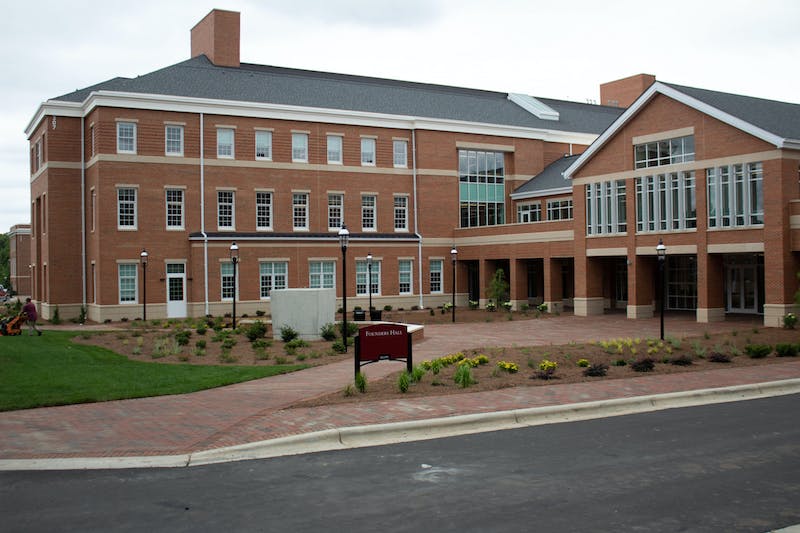 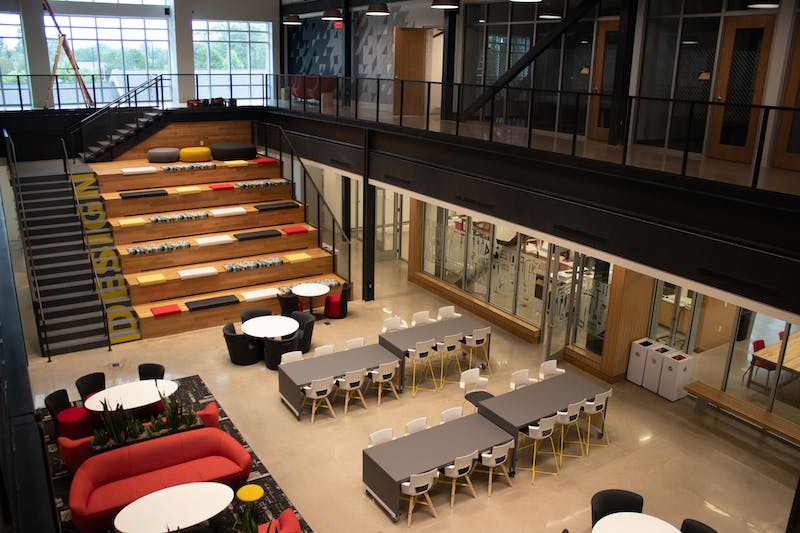 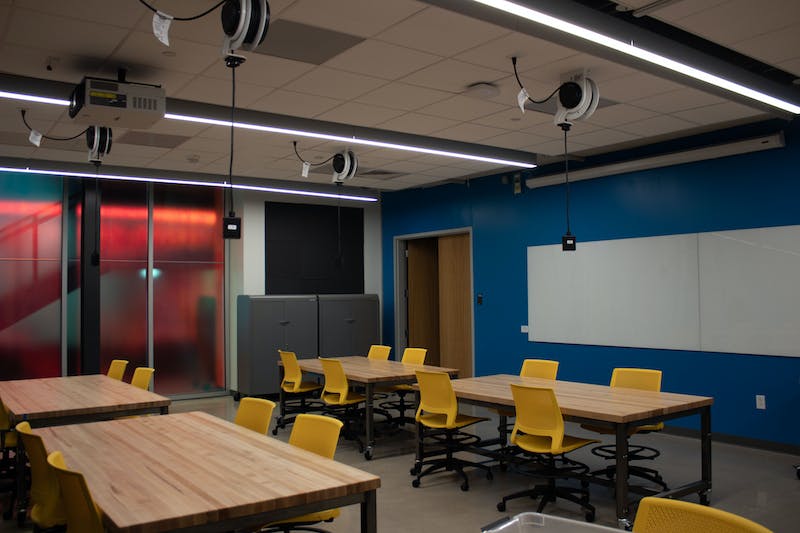 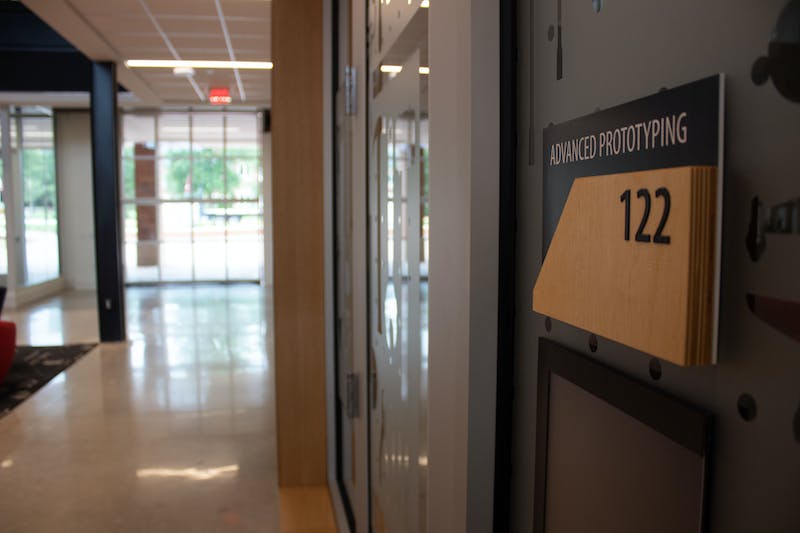 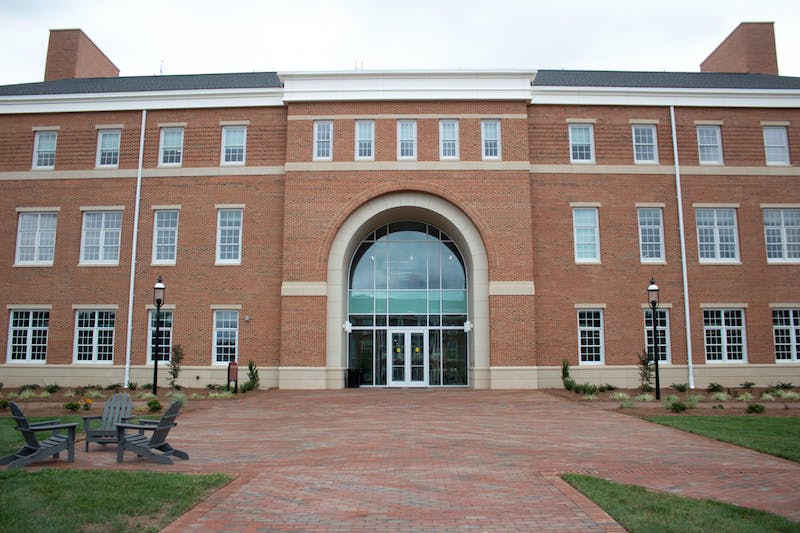 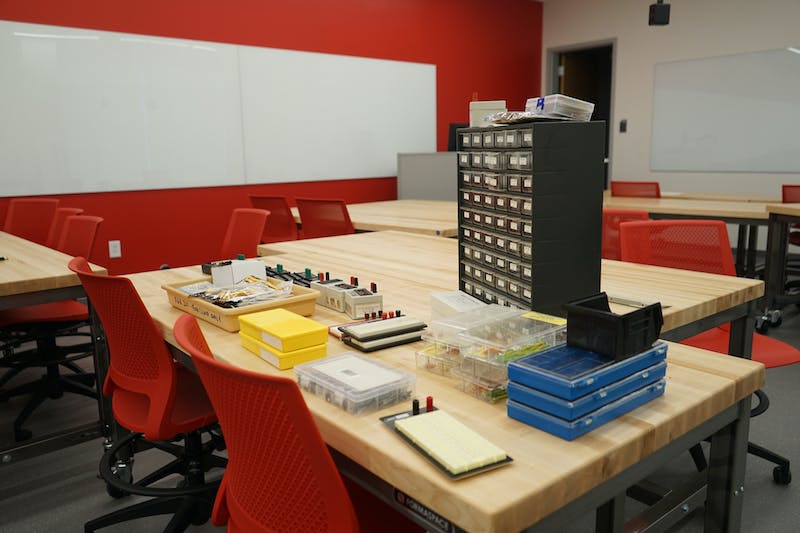 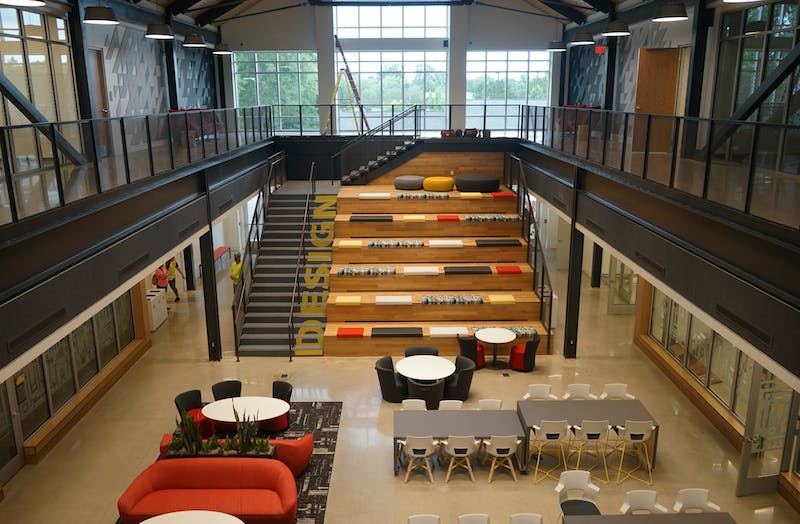 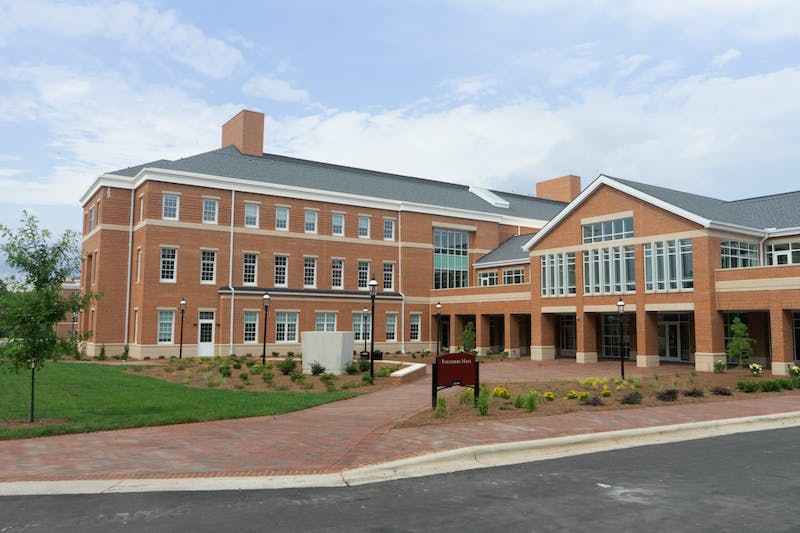 Students in the fall 2021 Engineering Design for Service class watched through the window of their McMichael classroom as the first brick was laid for Elon’s new Innovation Quad.

A sophomore at the time, engineering major and engineering scholar Vivian Krause said the engineering class was in tears over the excitement of getting their own space next fall.

“It’s cool to see that the building went up so fast, and now we get to move in and I still have two more years here at the university to take advantage of it,” Krause said. “Having everything in the same space will add to the tight-knit community of engineers here … it’s a big step up from the basement of McMichael.”

As of Aug 1., Elon established its own Department of Engineering in tandem with the opening of the new center of engineering and physics research.

Before opening this fall, Krause had a couple of opportunities to see the inside of the quad — including participating in a hard-hat tour of the building last spring with Elon’s engineering advisory board.

“It was really cool to actually go inside,” Krause said. “The only thing we’d seen before was drawings … The excitement was through the roof, and the professors were like, ‘Oh, that will be my office,’ or, ‘I’m going to teach in there.’”

Krause also got to hear about the thought that went into designing the building in relation to surrounding buildings on campus — like being in between McMichael Science Center and Sankey Hall.

“Everything was very intentional with where it is on campus and the buildings it is between,” Krause said. “It’s supposed to be the connection between business and science to make innovation.”

Director of Engineering Outreach John Ring also said the new space will do wonders bringing Elon’s engineering programs together and expanding upon them in the future. According to Ring, Elon had about 100 engineering students by the end of the 2021-22 school year, with roughly 48 incoming engineering freshmen this year — Elon’s biggest incoming engineering class yet.

Coming up on his third year at Elon, Ring will have a new office in the Innovation Quad. Both Ring and Krause said they were most excited about getting everyone in the same building this fall, as opposed to being spread throughout McMichael, Duke and Alamance.

“We’ve all been really excited about it for — I guess this past year when they’ve been working on construction — but this is something they told us would be happening when we were applying,” Krause said. “Now it’s two years later, and it’s actually built, and teachers are moving in, and we’re going to have classes there in the fall, and it’s just really exciting.”

Krause said her favorite parts about the new space are the patios on the second floor because she loves doing her work outside, and it’s a large spacious area with tons of light.

For students and faculty who are not in the engineering field but want to experience the new space, Ring said he recommends visiting the staircase in the middle of the building which is directly under a natural skylight and partnered with glass walls on two sides that change color throughout the day based on ambient light.

While Krause is excited that the engineering opportunities are growing and evolving at Elon, she said she still values Elon’s small class sizes and appreciates that the university went through the effort of maintaining that environment with the new engineering building.

“It means a lot. It shows that we’re growing to the point where we have our own building,” Krause said. “I have had a really great experience with engineering here … it’s exciting that we’re growing and Elon is still working hard to make sure that we still have that small-school feeling with our engineering program, but this will bring us up to the next level in terms of research and the classroom spaces that we have.”