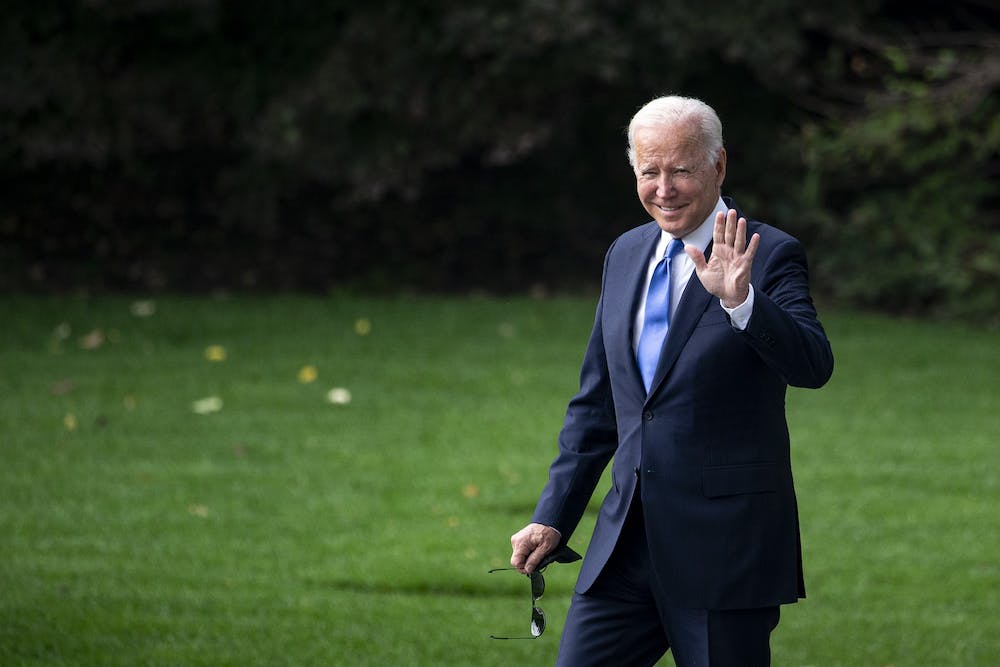 
President Joe Biden walks from the Oval Office to Marine 1 and waves to members of the media on Oct. 15. He prepares to depart to Joint Base Andrews in Maryland to board Air Force 1.

The executive order outlines actions intended to lessen potential penalties that those seeking an abortion could face after the ruling, as well as protect access to abortion medication by mail.

The order said that the Supreme Court ruling already has and will continue to have detrimental implications for women’s health and public health.

“In the face of this health crisis, the Federal Government is taking action to protect healthcare service delivery and promote access to critical reproductive healthcare services, including abortion,” the order said. “It remains the policy of my Administration to support women’s right to choose and to protect and defend reproductive rights. Doing so is essential to justice, equality, and our health, safety, and progress as a Nation.”

Despite the order, Biden’s executive powers are constrained, as individual states can still make laws restricting access to abortion and emergency contraceptives. Legislation legalizing abortion at a federal level must originate in the U.S. Congress.