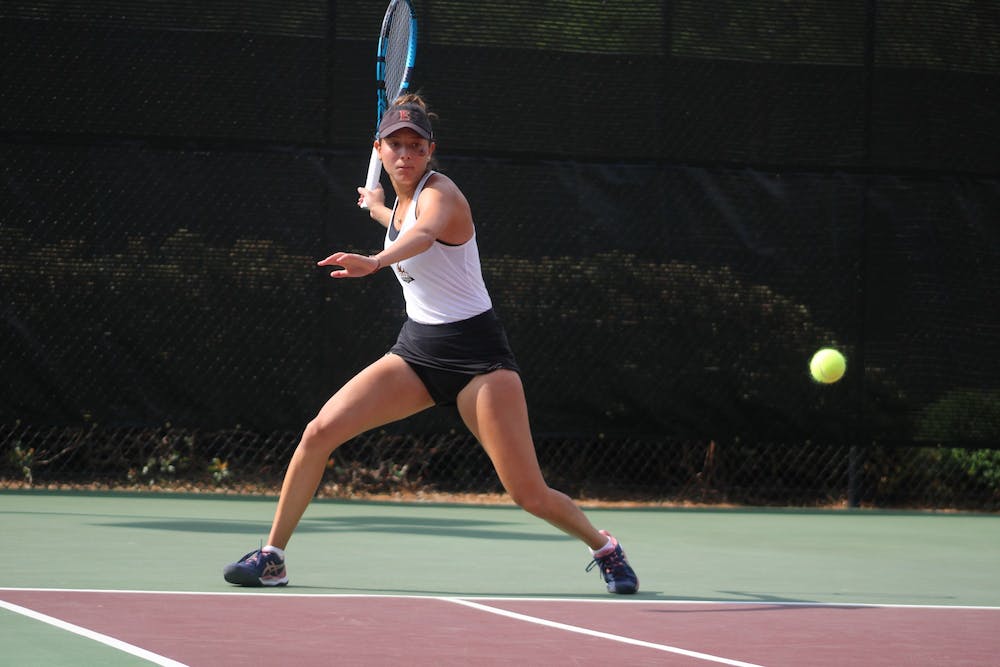 In its first Colonial Athletic Association Tournament championship match since joining the conference in 2014, the Elon University women’s tennis team lost 4-1 against the William & Mary Tribe.

Trailing 1-0 entering the singles session, Elon lost the first two completed singles matches to fall behind 3-0. Although Archer won 7-5, 6-0 on court four to make the score 3-1, O’Dea could not come back from a break down in the third set on court five, losing 6-2, 1-6, 3-6 to give William & Mary the win.

“I am disappointed for the team because they put so much into it, and they’re just such a really good, special group,” Anderson said.

When O’Dea’s match finished, sophomore Lizette Reding had a 3-0 lead in the third set on court two, and junior Sibel Tanik had just begun a third set on court one. Both matches went unfinished. Tanik said she felt nerves throughout her singles match, but she fed off the crowd’s energy to help settle down.

“I was definitely very nervous and a little tight, but I tried to stay as focused as I could and use the crowd to boost me up,” Tanik said. “I’m sad we couldn’t finish it, but it was a great match.”

Although Tanik said she was disappointed not to win the program’s first CAA title, she is proud of her teammates for making it to the championship match.

“Yesterday was a fantastic match, and today was also a fantastic match,” Tanik said. “We had a little thing called ‘nothing left,’ as in have everything out of the tank, nothing left, and I think we fulfilled that today. We’re all very proud of each other even though we didn’t get the result we wanted.”

Elon finishes the season with a record of 17-9 and a 15-2 record in matches played at the Jimmy Powell Tennis Center. Just one of Elon’s eight players — Saldh, who lost her final college singles match today 0-6, 3-6 — will not return to the team next season.

“I’m looking forward to next year because we get a lot of them back,” Anderson said.

With the win, William & Mary clinched a spot in the NCAA Women’s Tennis Tournament, which begins next weekend. This is William & Mary’s 27th CAA championship in the 37-year history of the conference and the program’s first since 2018.