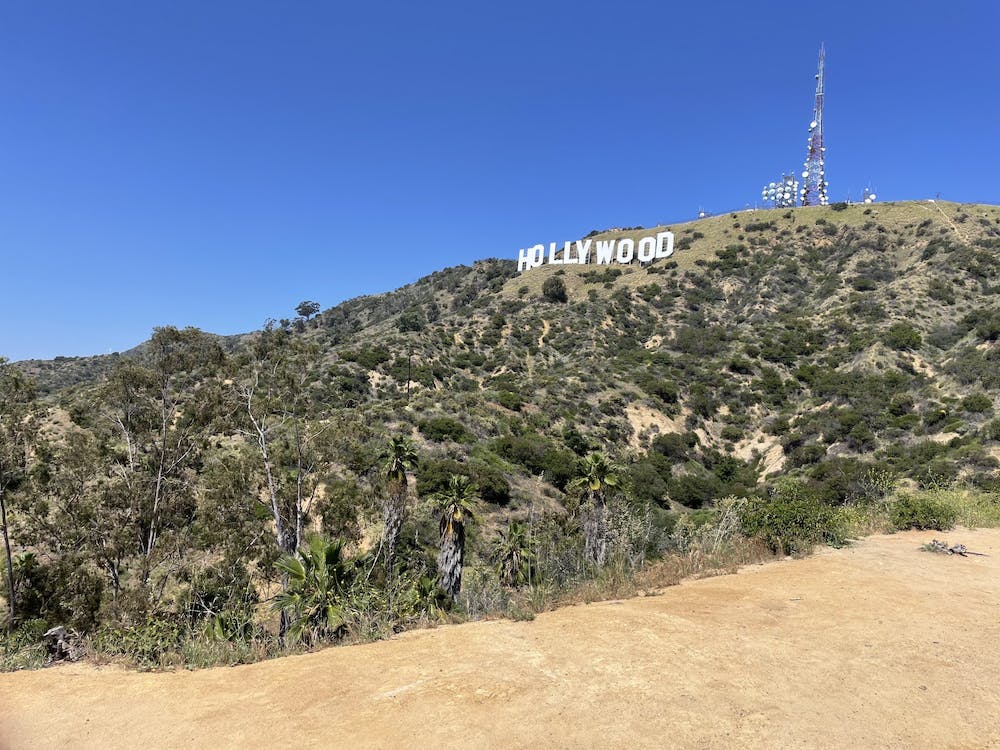 Eight years after graduating from Elon University, J. McMerty ‘00 created a program on the other side of the country from Elon that would serve a number of students, especially those with a passion for arts and communications. The program that McMerty created was Elon in LA — a study USA experience that has become one of the most popular study away programs at Elon University.

According to the Global Education Center’s annual report, the Elon in LA program was the most popular compared to other study away programs in summer 2021 — with 59 of 113 participating students traveling to Los Angeles.

Elon in LA hosts mainly arts and communication majors, focusing on internship and class experiences in the city. Since beginning the program in 2008, McMerty served as the director and said an increase in applications this past year was due to the desire to study away from campus in a nearby environment.

Elon in LA is a semester-long program structured around a work week of two days of classes and three days of internships, with group events on Saturdays such as biking around Santa Monica, attending concerts or seeing plays at Dolby Theater.

“It was safer for students and families to think about an experience that was domestic, because there were more knowns than unknowns,” McMerty said.

McMerty said that hosting a program in LA has been challenging at times, especially without resources available on campus, but it has proved fulfilling.

“The biggest reward of the program has really been seeing the trajectory of students’ careers change because of the experience that they have out here,” McMerty said.

McMerty said that most of the faculty hired for the program are adjuncts and teach one class, since they are working professionals in the entertainment industry. The alumni base in Los Angeles has also contributed to the program.

“It’s really rewarding to be able to see your former students be so successful,” McMerty said. “What really makes us feel good as faculty is they’re really helping and mentoring our current students that are out here. That’s really the kind of community that we want to build.”

McMerty used to split his time between Elon and LA, but since 2012, he has lived full-time in LA. In 2008, he said there were around 50 Elon alumni living in LA; now, there are about 500. According to McMerty, many of them participated in the program during their time at Elon.

The cinema and television arts major allows students to pursue either a bachelor’s in arts or in fine arts. For the fine arts program, students are required to study in LA or Prague.

A cinema and television arts major, junior Hannah Schoen is currently participating in the spring semester program. Since joining the program, Schoen said she hopes to pursue a career in production development in LA.

“This is kind of the entertainment hub of almost the entire world,” Schoen said. “A lot of people get their movies and entertainment from the U.S. and California, specifically LA. It just made the most sense to be here.”

Junior Piper Nixon is also part of the spring program in LA this semester and is interning for the Downtown Los Angeles Film Festival — the largest annual film event in LA.

However, when the program did start up again, Elon in LA hosted the most students in its history — almost exceeding its program limit of 60. This influx of students included many rising seniors that were unable to participate in summer 2020.

Senior Kali Clougherty is a music theatre major who participated in the program in summer 2021. She interned at Bicoastal Management, a talent and modeling agency, and took a few classes, one of which was a Diversity, Equity and Inclusion in Hollywood course taught by freelance TV director and former Elon University faculty member Rachel Raimist.

“The class talked about diversity, equity and inclusion in Hollywood, but also how we can create a pipeline for minority groups to be featured in Hollywood and in the film industry more,” Clougherty said. “I really enjoyed our conversations in that class.”

“I just thought, from an educational standpoint, I’d rather have the emphasis on the internship than to have to take three classes and balance that with an internship,” Potters said.

Potters said she will be an acquisition and development intern for Highland Film Group.

“I genuinely can’t wait to see what the summer brings,” Potters said. “It’s an amazing program.”