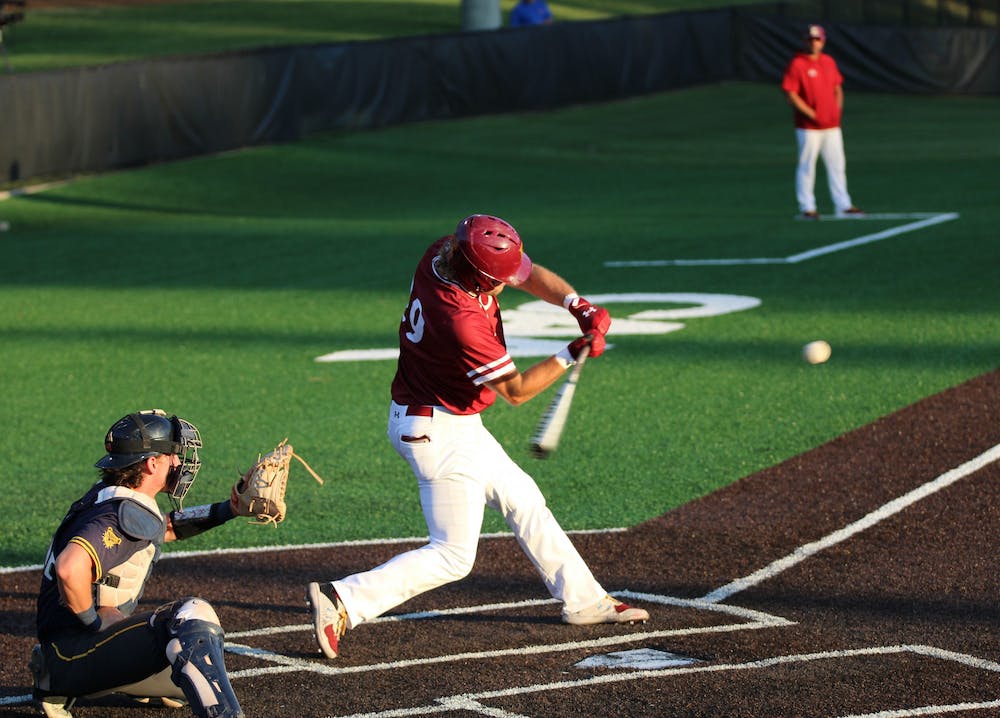 After erasing an early four-run deficit to tie the game in the eighth inning, the Elon University baseball team lost 5-4 to the Hofstra University Pride on a walk-off sacrifice fly in its first game of the Colonial Athletic Association Tournament.

Elon entered the top of the seventh inning down 4-0. In the first at-bat of the frame, redshirt junior designated hitter Luke Stephenson hit a solo home run to left-center field to score Elon’s first run of the game. The home run was Stephenson’s 12th of the year — a team high.

In the top of the eighth, Stephenson scored two more runs for Elon on a two-out double that drove home redshirt sophomore center fielder Alex Iadisernia and redshirt sophomore third baseman Connor Coolahan. In Elon’s next at-bat, sophomore first baseman Cole Reynolds tied the game at 4-4 with an RBI single that scored Stephenson.

Hofstra advanced its lead-off man to third base in the bottom of the eighth but could not bring him home, meaning Elon had a chance to take its first lead of the game in the top of the ninth. After a lead-off single by redshirt sophomore catcher Parker Haskin, sophomore Justin Cassella walked to give Elon two runners on base. A fielder’s choice by Coolahan advanced Haskin to third, but an Iadisernia groundout in the next at-bat ended the inning.

Needing just one run in the bottom of the ninth to win the game, Hofstra loaded the bases with just one out, and Steve Harrington hit a walk-off sacrifice fly to left field to win the game 5-4.

Redshirt senior pitcher Brian Edgington started for Elon and pitched six innings, five of which were scoreless. However, he allowed four runs on three hits in the bottom of the second. Freshman Sam DiLella pitched the seventh inning for Elon before redshirt sophomore Liam Dabagian entered to finish the game.

Elon, the No. 6 seed and tournament host, is now 1-3 this season against Hofstra, with all the games being played at Latham Park. This is Elon’s first loss in the double-elimination tournament. The Phoenix will play William & Mary tomorrow at 11 a.m. in an elimination game.