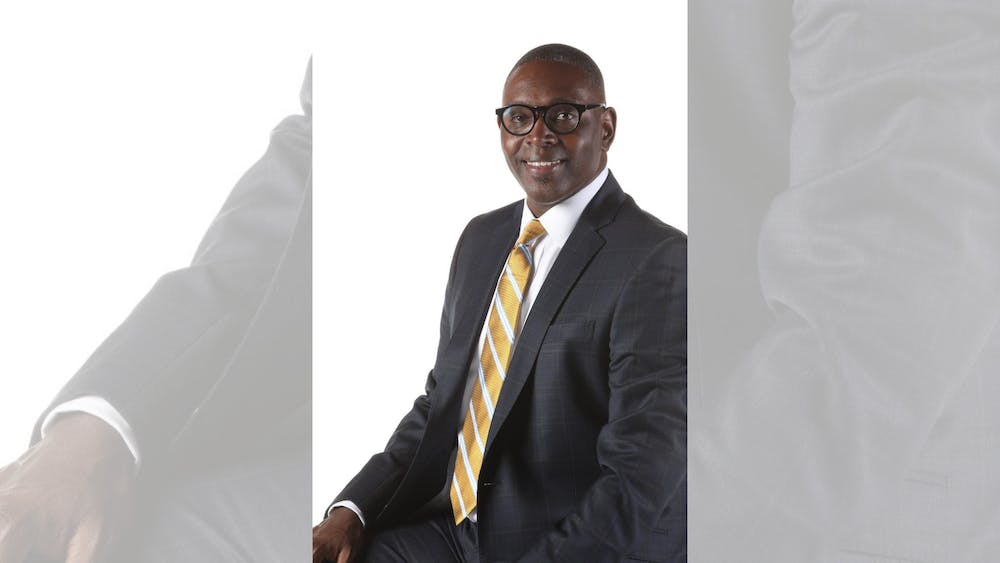 Ken Harper has been a businessman for over two decades — now, he is giving public office a try.

Growing up in a middle-class conservative family in High Point, North Carolina, Harper was a student-athlete and his freshman year class president. His academic career thrived until his senior year.

After Harper’s friend was killed in a car crash, he said he began acting out of character, and just a few weeks before graduating high school, he was expelled and arrested for a felony. Due to his previously clean record, his principal let him graduate on time, and he completed community service for his charge.

His daughter was also born two weeks after he graduated high school, which he said changed his life.

“I had to make a decision: Do I go to college, or do I raise my daughter? And so I decided to raise my daughter,” Harper said. “And about 13 months after she was born, I had my own business, a Kirby vacuum cleaner franchise, at 20 years old.”

Harper became interested in politics through his love of history. He was able to examine political issues in his North Carolina communities through a historical perspective, such as studying how former President Lyndon B. Johnson’s policies and the formation of Planned Parenthood impacted Black communities. Harper even based many of his conservative ideologies off of Abraham Galloway, a former slave who helped organize the North Carolina Republican Party.

Harper said he is most passionate about addressing personal freedom if elected to U.S. Senate, especially after witnessing the past two years of the COVID-19 pandemic. He believes the government assumed too much power in imposing lockdowns, mask mandates and vaccines. He also said that this power is spilling into schools, such as the teaching of sexual orientation to young children.

“Whatever you do in your home, nobody really cares behind closed doors. That's why we have freedom, so you can live your life the way that you want to live your life,” Harper said. “But by bringing it out into society and trying to subject everybody to a certain ideal that is completely against their morality and their religious beliefs, the lines have been crossed.”

Harper aims to protect personal freedom in the Senate by “putting God back in our country.” He hopes to do this through upholding the Constitution, since he says the Constitution has its origins in the Christian Bible.

“The Constitution protects the rights of all men, regardless of their race, gender, creed, sexual orientation, any of that,” Harper said. “We need to remove the social issues completely out of the hands of the government.”

Much of his political work has been at the ground level. In the past 15 years, he has worked with organizations like the Sherri Denese Jackson Foundation and the Rainbow PUSH coalition, which focus on domestic violence and civil rights. Harper even produced his own play in 2017 called “Crossroads,” which addressed domestic violence in marriages.

After years of volunteering on top of his work in sales, Harper said it’s time for the next generation to stand up and time for him to run for office.

“I think it was a natural inclination to go into this direction,” Harper said. “It wasn't a desire that I had. I think it was a call, and so I just followed my call to be a servant for the people.”

Harper said North Carolinians should vote for him because the Constitution protects every one’s right to say what they want to say and live how they want to live without destroying one side. He aims for civil discourse across party and ideology lines as an activist and as a possible U.S. Senator.

“I want to fight for the long preservation and prosperity and the long term benefits of America because if we stay on this trajectory, we're not going to have an America,” Harper said. “How can the House stand when it's completely divided?”