Campaigning for Alamance-Burlington Board of Education: Dan Ingle hopes to address school safety, transparency and athletics 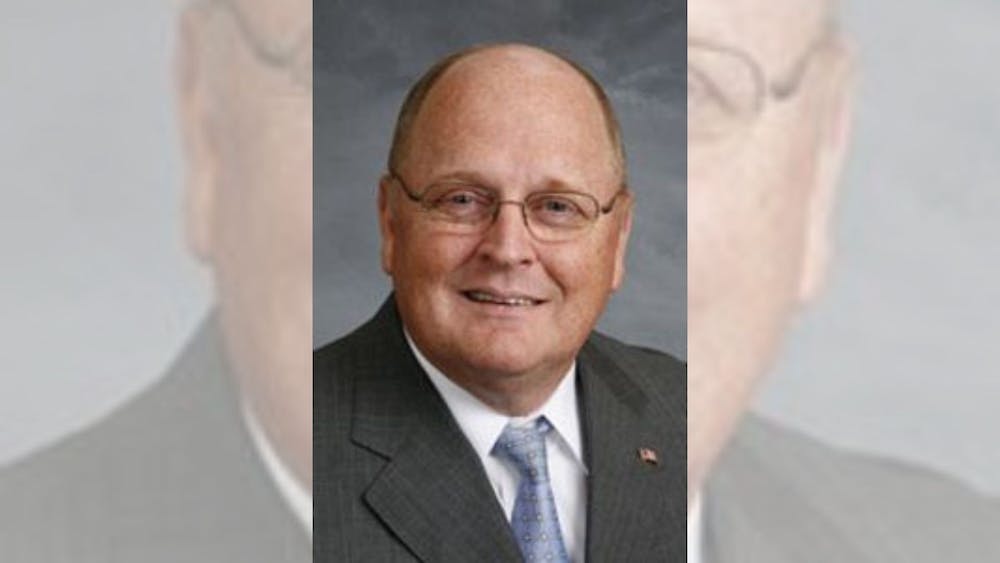 Dan Ingle wears many hats. A representative in the North Carolina General Assembly House, town of Elon chief of police, Alamance County commissioner and Elon University criminal investigator are a few of Ingle’s past positions.

Now, the 69-year-old retiree is running for one of three seats on the Alamance Burlington School System’s board of education.

He said he has a vision for the future of ABSS. He wants to refine the school system so students will be prepared for whatever comes after high school — higher education, a technical or trade school or job.

“That vision means that we are a world-class school system,” Ingle said. “That [the students] are ready to face the world and take the world on.”

Ingles campaign focuses on three things. The first is safety. He said he is concerned about the threat of school shooters and the mental health of students, among other things. In addition to more student resource officers in schools, Ingle is proposing cameras in hallways and on the schools’ perimeters to spot intruders and further protect students.

“That’s our most important asset — these kids and whatever we can do to keep them safe,” Ingles said. “Whenever they are with us, we need to do that.”

Ingle’s second concern is the board's ability to be available to parents. He feels there is a disconnect between the school system and the greater community.

“In order to enhance the education of these kids,” Ingle said, “board members [should] reach out to these communities and say, ‘Hey, we're here, go to PTO meetings, be present.’”

The last issue Ingle wants to address is athletics. He said certain students are advantaged over others because their families have the means to be on travel teams. He wants to level the playing field by adding additional sports teams to schools.

This is an issue close to his heart. Ingle played baseball at Elon University when he was a student in the 70s and said sports helped him get through school..

Ingle was not in attendance at a board of education candidate forum in early April because he was recovering from an accident. One hot button issues discussed at this forum was the teaching of critical race theory in ABSS schools.

Ingle said he has read about critical race theory and has mixed opinions.

“When the Declaration of Independence was written, it says all men are created equal. That was a lie. It was not true. And the kids need to know that,” Ingle said.

But he said he doesn’t support every aspect of the academic concept.

“As far as where I draw the line: all people of one race or not racist,” Ingle said.

Ingle has been a part of the town of Elon community for decades. He dropped out of Elon because he was not doing well in school — at the time, he had a 1.92 GPA. He came back to Elon to finish his degree in 1992 while simultaneously working as the town of Elon chief of police, and he graduated with a 3.16 GPA.

“Hey, the school board has your back,” he said in reference to being a resource for teachers. “If you call [the board] and you have a problem, they will respond and take care of it immediately.”