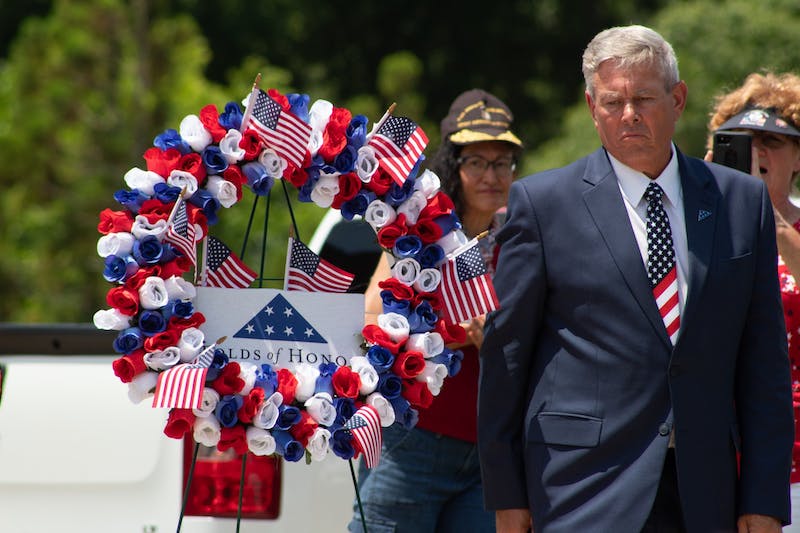 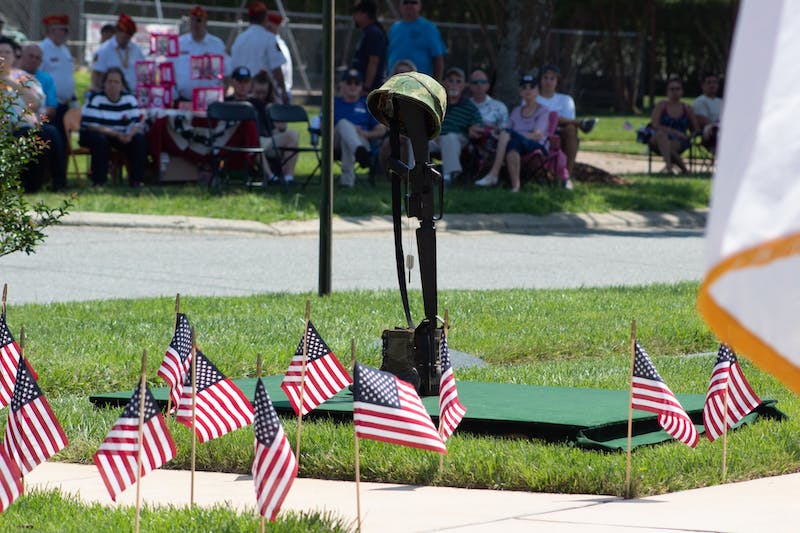 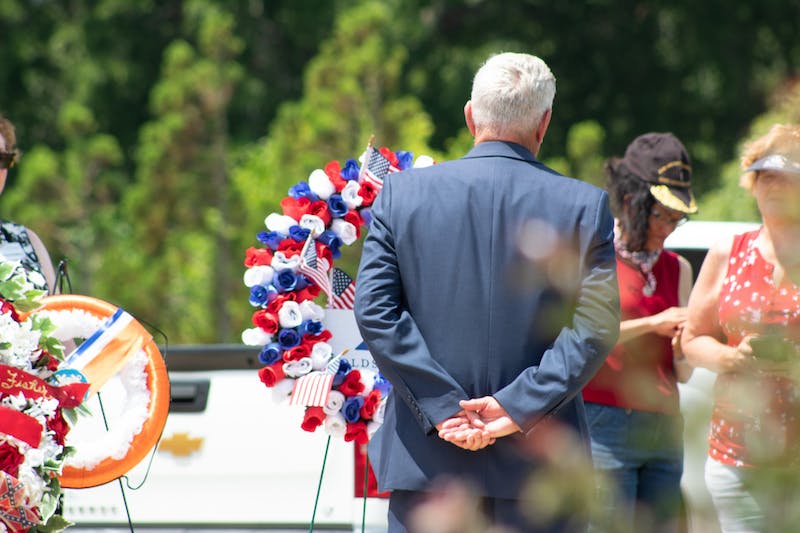 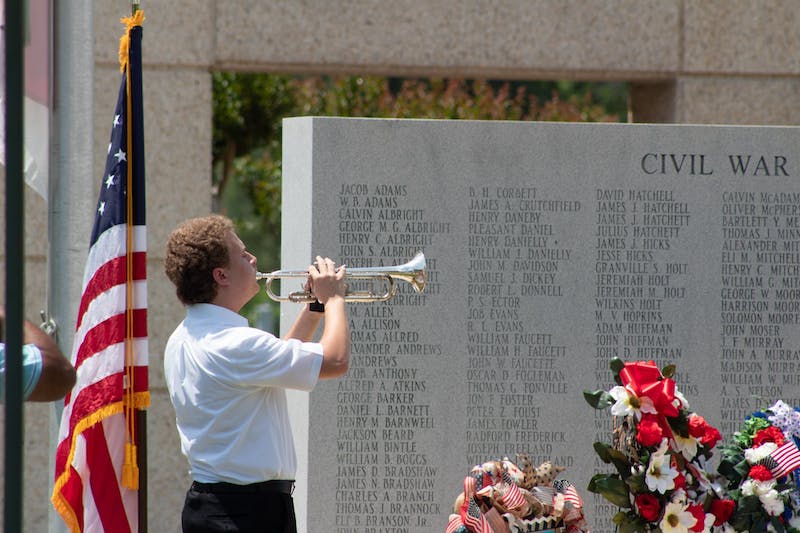 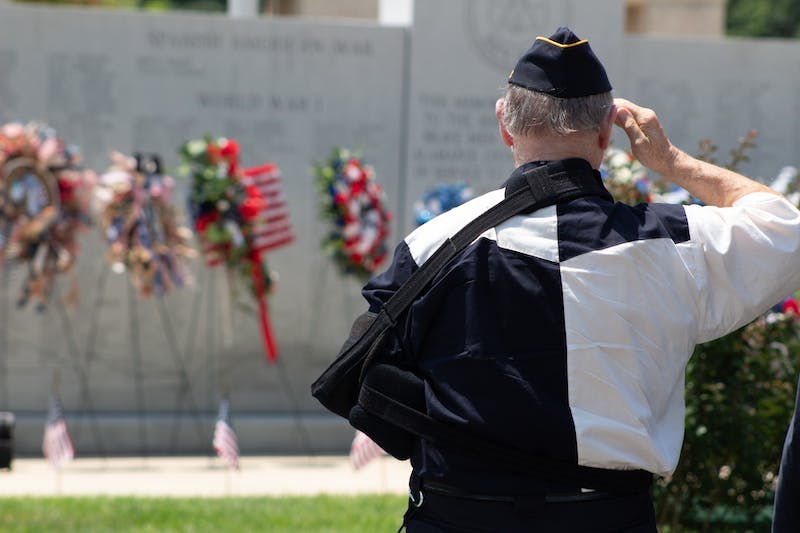 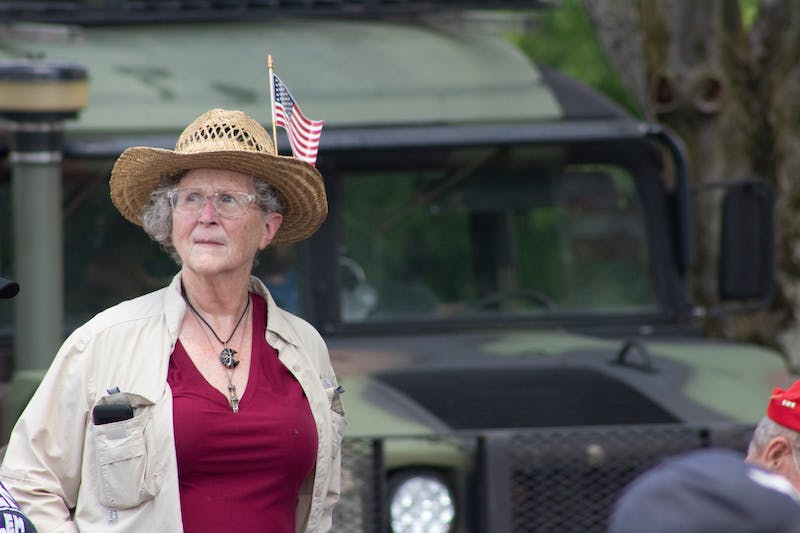 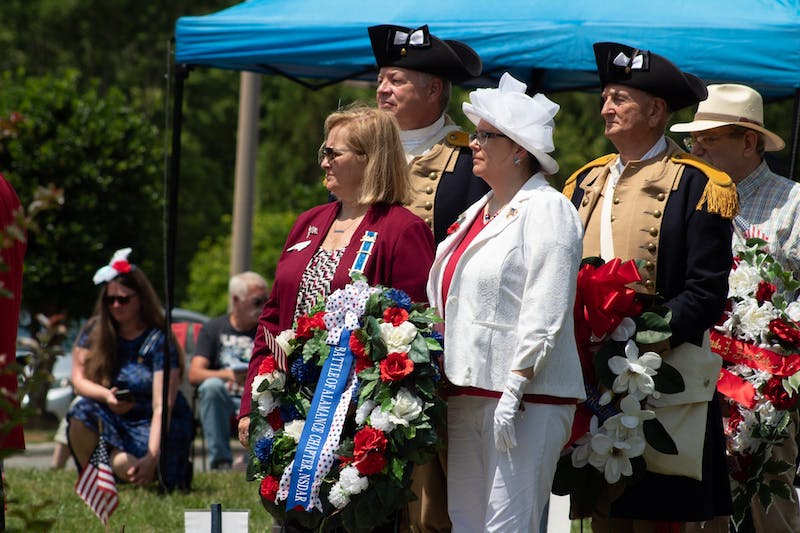 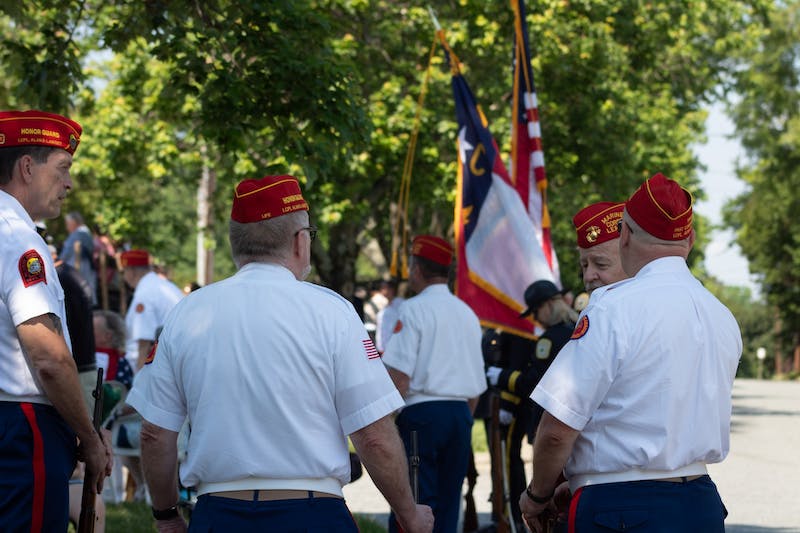 Community members gathered at the Alamance War Memorial May 30 to commemorate Memorial Day and honor and remember those who have died while serving in the U.S. military.

Donald R. Carter spoke of a small American flag set on the podium. This flag was gifted to him by a deceased committee member, who was given the flag following his release as a prisoner of war in World War II.

“It is with all my honor this morning that we post this flag in his memory, of his suffering and dedication to the United States of America,” Carter said. “God bless America.”

Cartner also sang “Til the Last Shot's Fired,” a Trace Adkins song he said is written from a uniquely American perspective about the bitterness and tragedy of war.

“I am, as a personal dream, looking forward to the day when, as in Isaiah 2:4, ‘For the man will beat their swords into plowshares and their spears into pruning hooks. And men will learn the art of war no more,’” Carter said. “The tagline at the end of that verse is, ‘This is not just a vision.’”

Wounded and disabled veterans in attendance were honored, and more than 20 minutes were dedicated to reading the names of almost 400 Alamance County veterans who died between the 2021 ceremony and Sunday night.

In his benediction, Carter reminded community members of the sacrifice of thousands of men and women in the U.S. Armed Forces. He said he hopes the meaning of Memorial Day is not overlooked.

“May we remember this came at a great, great cost,” Carter said. “May we never, never forget it.”