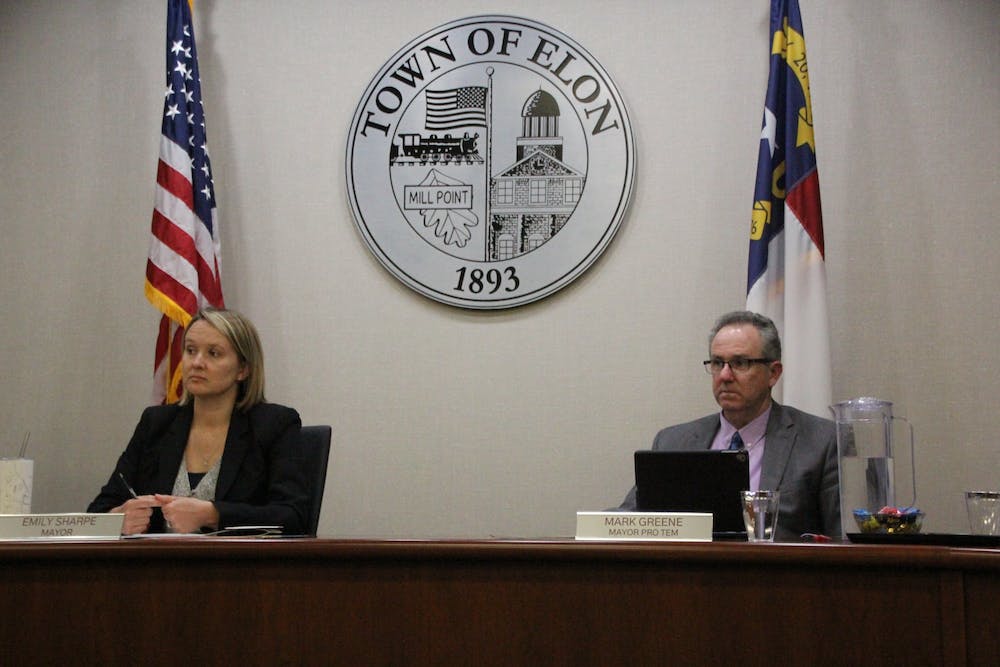 The town of Elon Board of Aldermen unanimously passed a resolution to temporarily close the northern entrance of Aspen Avenue. The decision comes after two previous Board of Aldermen meetings hearing public concerns and consulting with the town’s attorney’s on the topic. The board decided to close the entrance due to construction from a new development within Ashely Woods causing an increase in traffic.

Mayor Emily Sharpe shared that after talking with the town of Elon’s attorney’s there is no time frame on the temporary closure of the neighborhood’s entrance, and that this resolution was brought forth and passed due to residents of Elon’s concerns. Aldermen Quinn Ray also said that he feels that, as he was elected to serve Elon residents, closing this exit is in the best interest of the town.

“Is it gonna benefit Elon at all? Not really,” Ray said. “There's one more exit for Ashely Woods folks instead of two, but hearing the concerns with the traffic that's going to come through … I think every neighborhood in Elon can have neighbors come out and talk about how fast people speed up and down their streets.”

In addition to the temporary road closure, Town Manager Rich Roedner introduced the new downtown administrative coordinator director and the board voted on a community waste reduction and recycling program and solid waste and recycling bid awards. The board  is also holding a public hearing on April 25 to discuss changing the name from Board of Aldermen to Town Council. This change is due to people not understanding what aldermen means, according to Sharpe.

“She's been the downtown director in Reidsville for the last couple of years,” Roedner said. “She has owned and run at least two businesses of her own, 12 years each. She has a good affinity for what small business owners are dealing with, how they operate, how they think.”

The board passed a community waste reduction through a waste and recycling grant program. The $6,500 the town received which will go towards printing educational materials on recycling and tags for the recycling and garbage cans. This presentation was given by planner Mary Kathryn Haward who explained the purpose of the tags.

“The can tag can be put on and it can say this is why recycling wasn't picked up, it’s contaminated by things that can't be recycled in the future,” Haward said.

The next Board of Aldermen meeting is April 25 and will include a public forum on changing the name of the board to Town Council.