During its March 7 agenda session, the Board reviewed zoning law amendment, police outreach, and renaming, as well as resignation of planning director Pamela DeSoto 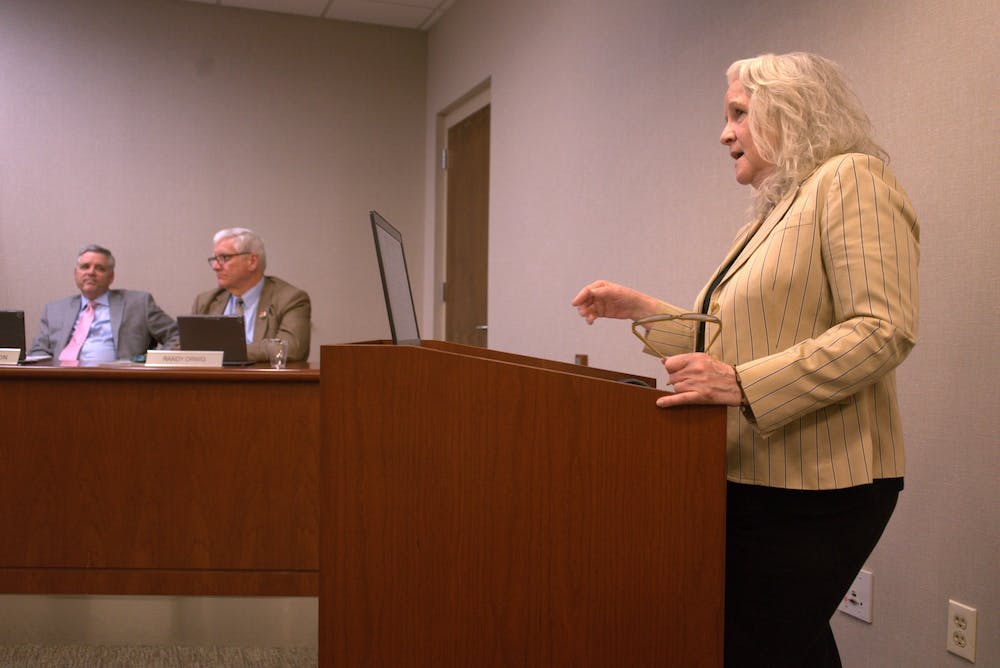 Updated as of March 8, 2022 at 9:55 p.m. to clarify Alderman Monti Allison's stance on conditional zoning.

In the March 7 planning session, the town of Elon’s Board of Aldermen announced that Pamela DeSoto, the assistant town manager and planning director, will be resigning March 25. The board also discussed plans to add alternative zoning laws, improve police relations with the community and change the Board’s meeting dates and name per the town charter.

Town Manager Rich Roedner announced DeSoto’s resignation at the end of the meeting. DeSoto has worked with the town since May 2018, and there has not been an announcement of a replacement.

The board is discussing whether to introduce conditional zoning as an alternative to the current conventional zoning methods, which dictate the kinds of development that can occur on any given plot of land in the town’s jurisdiction. This change would allow developers and property owners who apply for rezoning to negotiate more specific allowances, while allowing the town to impose their own restrictions and requirements in exchange.

These changes are part of a proposed amendment to the recently updated Land Development Ordinance 22-03, brought to the board by Chad Huffine, a local civil engineer who has developed land in the town of Elon in the past.

As the conditional zoning would allow specialized development unavailable under current zoning restrictions, Alderman Monti Allison raised the question of how the conditional zoning requirements could be enforced by the board once approved. DeSoto said the standard civil penalties for zoning violations would apply, and that development could be halted if the board decides their requirements aren’t being met after a period of two years or a time limit decided by the board. Huffine said that the amendment would also bring increased public accountability to offset any additional risks.

The Elon Police Department, with the help of Gillian Caplan of the National Criminal Justice Association, conducted a survey of Elon community members from August through September 2021. Caplan said although the survey’s 141 responses are too few in number to be statistically representative of the whole region, they suggest the police department has a favorable relationship with the community, as 90% of respondents said they had at least somewhat good relationships with the police department.

“If we have to crawl before we walk, so be it,” said Blackwelder.

The Board of Aldermen also discussed changing their name to Town Council. While the name change would not alter the way the board functions, Mayor Emily Sharpe said she believes the change would help people understand the board’s purpose.

“Nobody really understands what a Board of Aldermen is, so my go to is always, ‘it's a town council,’” Sharpe said.

Because the Board of Aldermen is outlined in Elon’s town charter, the change would require approval from the state legislature to alter the town charter.

Additionally, the town will be updating multiple smaller town ordinances to allow the board to set a new schedule for meeting dates, update cemetery plot assignments, and update the language of multiple criminal ordinances to match state code.

All of these items will all be discussed further and voted on during next week’s regular meeting on March 15.