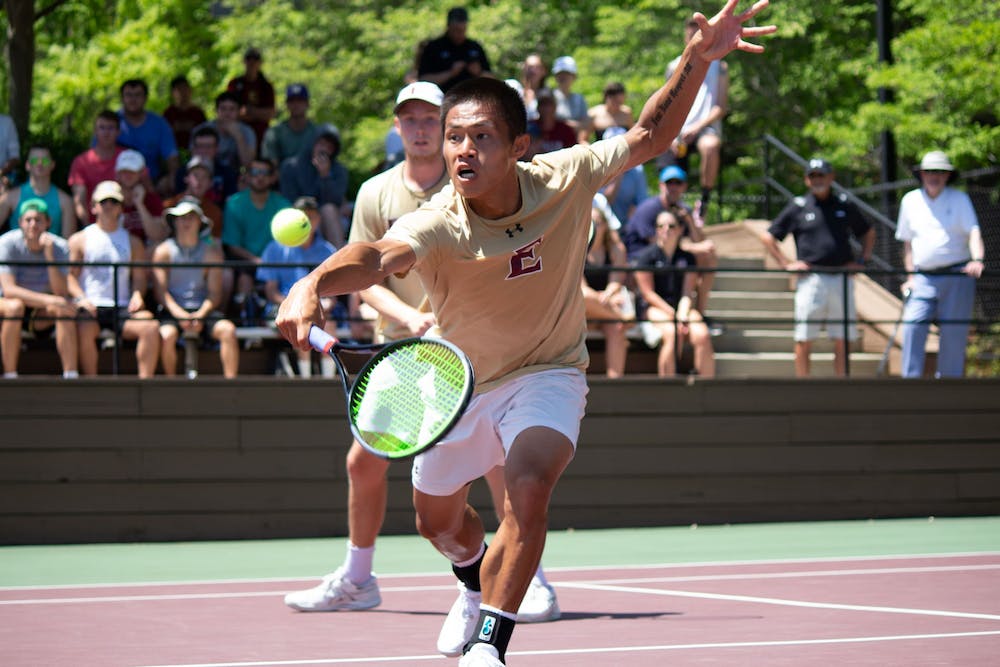 After falling behind 3-1, Elon needed to win the remaining three singles matches to win the match. After a 7-6, 6-4 win by graduate student Kyle Frankel on court one, Elon trailed 3-2, and with sophomore Daniel Martin up 3-2 in the final set on court three, the Phoenix had its eyes on a comeback victory.

However, senior Camilo Ponce could not overcome a double-break deficit in the third set of his match on court four, losing 6-3 in the final set to give the Seahawks their second consecutive CAA championship.

In last season’s CAA Tournament semifinal, Ponce lost the final singles match against William & Mary in the team’s 4-3 loss. Despite the disappointing ending the last two seasons for Ponce, head coach Michael Leonard said he was proud of his effort in what turned out to be his final college match.

“You’ve got to give that kid credit,” Leonard said. “That kid stepped up and hit some big shots when he needed to.”

Leonard said he is disappointed to fall just short of a conference championship but is proud of how the team fought throughout the weekend.

“I feel bad for these guys because they worked hard for this moment, and I just hurt for them, but that’s part of sports,” Leonard said.

“We didn’t play well in doubles,” Leonard said. “That hurt us. I don’t know why, but we just didn’t play like we were capable of.”

All week, Elon students, fans and alumni supported the team at the Jimmy Powell Tennis Center, Elon’s home tennis facility. Leonard said he was thankful for the large crowds and atmosphere at all of Elon’s matches.

“This is what you want sports to be,” Leonard said. “If you can’t enjoy this, I don’t know why you play sports. It was a great atmosphere — it could not have been better.”

With the loss, Elon’s season is over, and the team finishes with a record of 15-9. This was the last college match for Frankel, Ponce and Chung-Han Tsai.

UNC Wilmington has now won the last two CAA Tournaments and has eight CAA men’s tennis championships, the most among active conference members and just five fewer than former member Virginia Commonwealth University for the most all-time.

Erin Martin contributed to the reporting of this story.