The team will be in Helena Island, South Carolina to compete in the Colonial Athletic Association Championship Tournament April 24-26 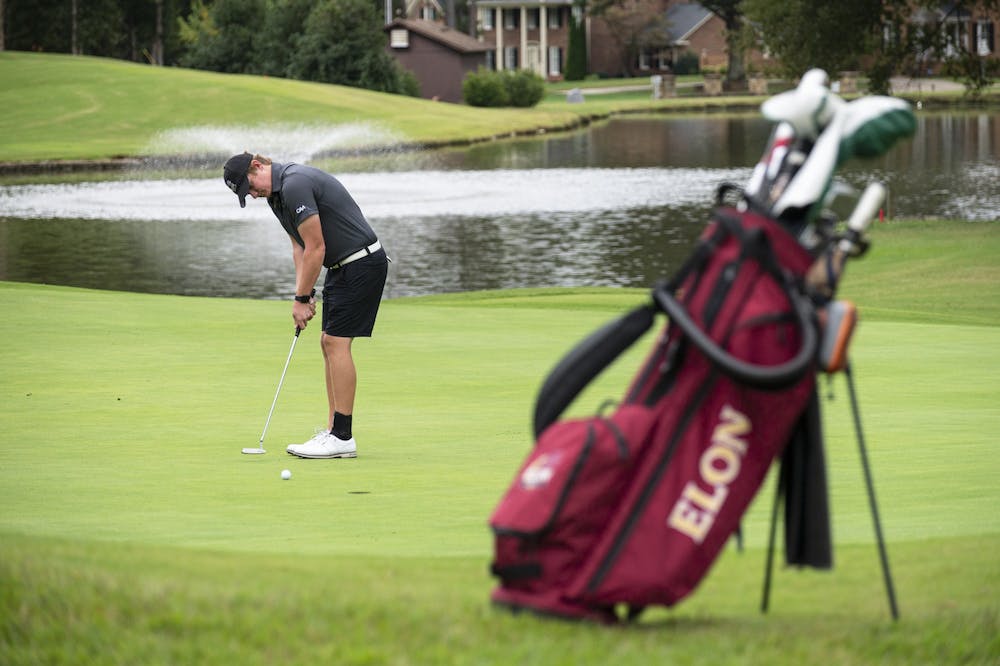 This upcoming weekend the Elon University men's golf team will be traveling to Saint Helena Island in South Carolina to tee off in the Colonial Athletic Association Championship tournament.

The tournament will be held April 24 through 26. Each day, 18 holes will be played at the Dataw Island Club course. Freshman Matthew Doyle said not having to play 36 holes on the first day and being able to split up the tournament will allow for the team to rest up and play its best golf.

Last year the team finished fifth of eight in the Championship tournament. This year Doyle said the team hopes to place higher.

“This is hopefully just the start of our postseason,” Doyle said. “We've set goals from the beginning of the year that started with winning conference championships. So hopefully we can get the job done this week, but we've got some tough competition to beat.”

Doyle said the team is excited to compete against its conference rivals.

“We're going against our conference rivals. Each one of them is going to be there," Doyle said. "It feels good to have the whole school supporting us.”