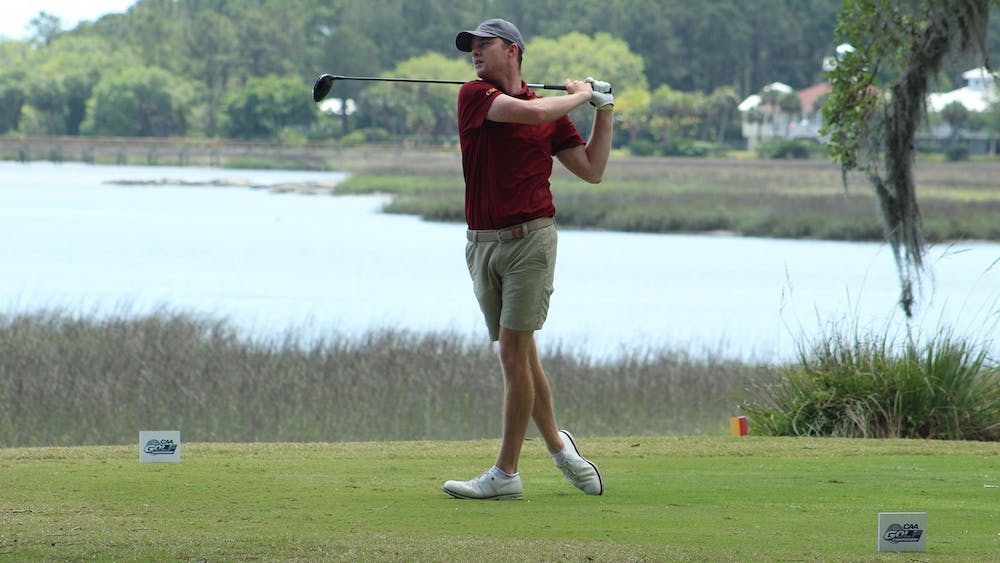 SAINT HELENA ISLAND, SC – The Elon University men’s golf team posted a final round of 286 and a three-round total of 868 to finish in fourth place at the Colonial Athletic Association Championship.

Elon finished 31 shots behind winner College of Charleston, who has now won the team championship two years in a row. The University of North Carolina Wilmington finished second place and Drexel University came in third.

Sophomore Garrett Risner was Elon’s top finisher in the individual competition, as he shot a final round 70 to place sixth. He made five birdies and three bogeys in his 2-under par round.

Freshman Matt Doyle posted a 3-under par round of 69 for Elon’s lowest round of the tournament. Doyle made four birdies on his front nine and made an eagle on the par-5 13th hole. He also birdied the 18th hole to finish in a tie for 13th place.

In his final round of college golf, redshirt senior Will Frodigh posted a 4-over par round of 76 to finish alone in 32nd place. Frodigh was even par on his round entering the 18th hole but made a quadruple bogey on the par-5 to drop nine spots on the leaderboard.

With a three-round total of 203 (13-under par), College of Charleston freshman Kieron van Wyk won the individual championship. He broke 70 in all three rounds.

The fourth place finish for Elon is one spot better than the team’s finish at this tournament last season, which was also played at the Dataw Island Club-Cotton Dike Course.