According to the town of Elon police, the crash involved a Gibsonville police cruiser and minor injuries were sustained from both parties 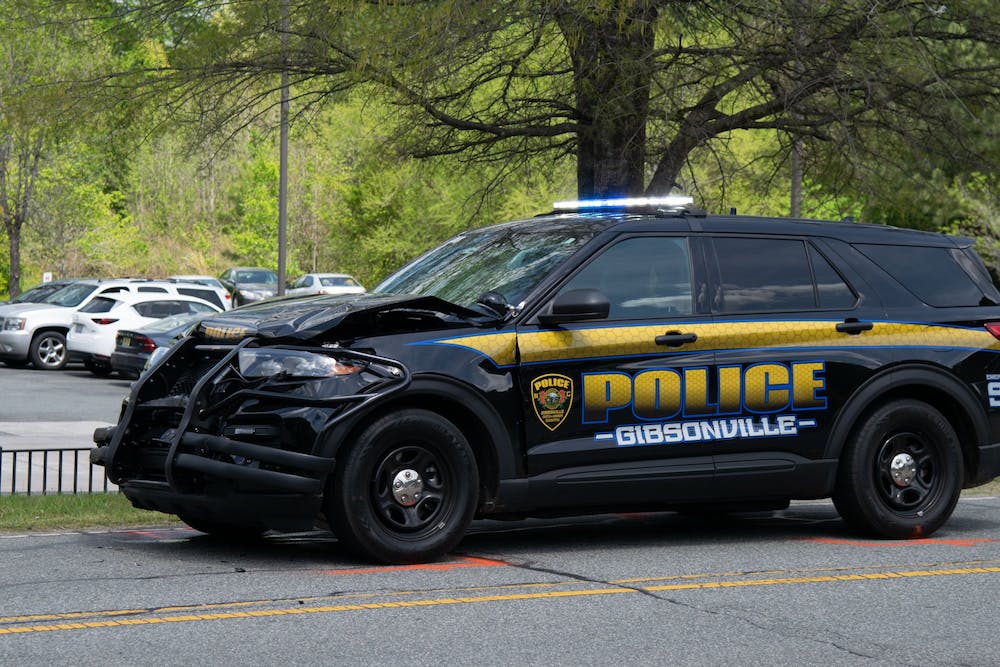 Photo by Benjamin Muse | Elon News Network
The Gibsonville police cruiser that was involved in a car crash on West Haggard Ave. on April 22.

Updated as April 22, 2022 at 3:09 p.m. to include information from Chief of the town of Elon Police Kelly Blackwelder and North Carolina Highway Patrol.

A traffic collision involving a Gibsonville police cruiser occurred near Fat Frogg Bar and Grill on April 22, according to the town of Elon police. The road was cleared as of 2:47 p.m.

Donna Gooch, who was in Elon to watch her son play in the tennis Colonial Athletic Association Championship Tournament hosted at Elon University, told Elon News Network she was turning left onto West Haggard Avenue when a Gibsonville police officer rear-ended her. Gooch said she was saddened that the accident happened when it did, as she most likely missed her son’s senior tennis match.

Because the crash involved a law enforcement agent, the North Carolina Highway Patrol will conduct an investigation.

Blackwelder said the involvement of highway patrol is to make sure the investigation remains impartial to both parties.

“We work so closely with Gibsonville, and it happened in Elon, but because it is an officer, sometimes there is a perception of favoritism or something like that, and when there's injuries involved, we do try to get an outside agency to come in and work the traffic accident,” Blackwelder said.