Beyond the game: Q&A with an Elon University basketball player

How one Elon athlete fights back against racism, calling for more unity across campus 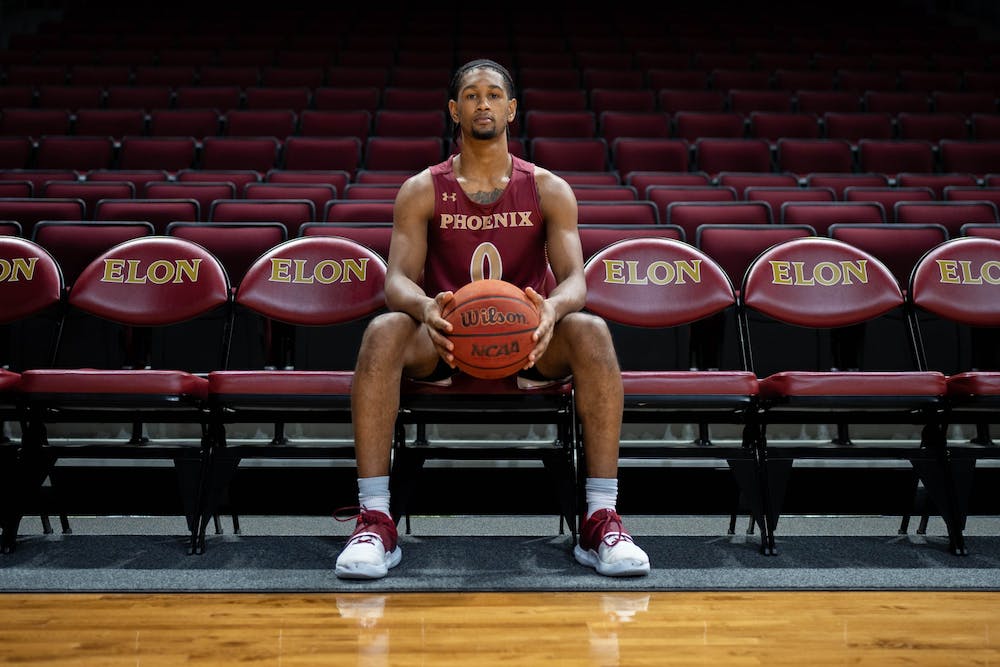 Photo by Clare Grant | Elon News Network
Elon University junior Hunter McIntosh is not only a leader on the men's basketball team at Elon, but in the community as well as he serves on the Black Student Union board and analyzes the culture surrounding race at Elon.

Junior Hunter McIntosh is an African American athlete and leader. He’s broken records, won over half a dozen awards and honors in just two and half years and has become known as a leader on the court. However, his leadership goes beyond basketball. Serving on the Black Student Union Board, McIntosh has been able to serve as an athlete liaison, seeing firsthand the culture surrounding race at Elon.

Over my last four years here, I've seen policies and changes to the curriculum take place to encourage D.E.I trainings and just improve the culture on campus in general, but obviously, as a white person, I don't really see those impacts on campus. Have you over your past three years, seeing these policies, seeing these changes, impact the culture on campus in any way, shape or form?

“I would say at least policy wise, especially last summer, there was a lot of events that within America kind of opened some eyes. So, I felt like, personally, Elon’s response to it, I felt like they got ahead of it … Actions wise, day to day, I would say maybe not much has changed but at least at Elon I feel comfortable being able to express my feelings, my thoughts.”

Is there anything that you would like to see changed specifically at Elon?

“There's tons of different groups, tons of different communities, whether it's fraternities, sororities or on campus groups or clubs, I'd probably like to see a lot more mixing of those. I feel like every group or something has something to offer … I feel like just as people, we have a lot more similarities than differences. Sometimes it happens naturally, but sometimes you need to have spaces and stuff where different types of groups and communities can come together.”

Do you know how we as a community start that process?

“I think you want to do it more naturally, more organic, so it's not forced upon each other. I think initially, maybe just kind of informal things like a food gathering or a picnic or something where it's kind of a little less [formal], it doesn't feel as forced upon people to connect with others. I think that's where the best kind of genuine relationships are formed.”

Can you talk about the team and your message as a team?

“As a team we feel like we have a voice. People kind of gravitate toward our team and want to watch us and watch us compete, but we also know it's bigger than basketball. Life is bigger than basketball. So any point where we feel like we could take a stance against injustice, take a stance against racism, stuff like that, we want to be able to do that.”

Has anything similar to [the meeting with all of athletics about racism] happened since last year? Or has it been on you guys to continue that message of last summer through into this year as well?

“I think the onus is on us as players and students to continue that message … The responsibility weighs on us a little more, but I kind of don't see that as a problem. I think that we are the ones who are pushing the narrative forward, and I feel like it's important that the ball should be in our court. If you want to take responsibility of pushing this university forward, it's going to start with the students.”

I do want to ask if you feel any pressure, not only as a Black man, but also as a student athlete, do you ever feel that you're kind of getting double stereotyped from both of those identities?

“You can get a sense where other students might have other preconceived notions as an athlete about what type of person you are. I feel like that's just unfair sometimes. We love basketball, but we all have different interests outside of sports … kind of being an African American male on campus, there is society's pressure on yourself not just to be able to come here and perform on the court, but off the court, how you carry yourself. There's obviously moments, you're already a minority on campus, you already stick out a little bit whether it's in classrooms, or just walking around campus … I don’t want to say that it's a pressure that is harmful in a sense, but I feel like it can be overwhelming at some points.”

“Any genuine connection, it comes down to just trust and belief. When you want to start new relationships, it's going to be uncomfortable at first, it's going to be something challenging, but I think a little effort could go a long way … Just keep showing up, I think that's just really the biggest thing. If you're uncomfortable in another group’s space, obviously you're welcome, just keeps showing up. It's not going to be the most fun sometimes, but over time when you're growing in a relationship, that's where the real, genuine stuff happens … Put your pride to the side. I think sometimes, it can be like, ‘alright, this is my way or my way of thinking,’ but I think if you accept that's how this person thinks or this is how they feel and you genuinely try to understand that and just be open to it. It's tough sometimes, but I think if you really put the extra effort in there, it will go a long way.”