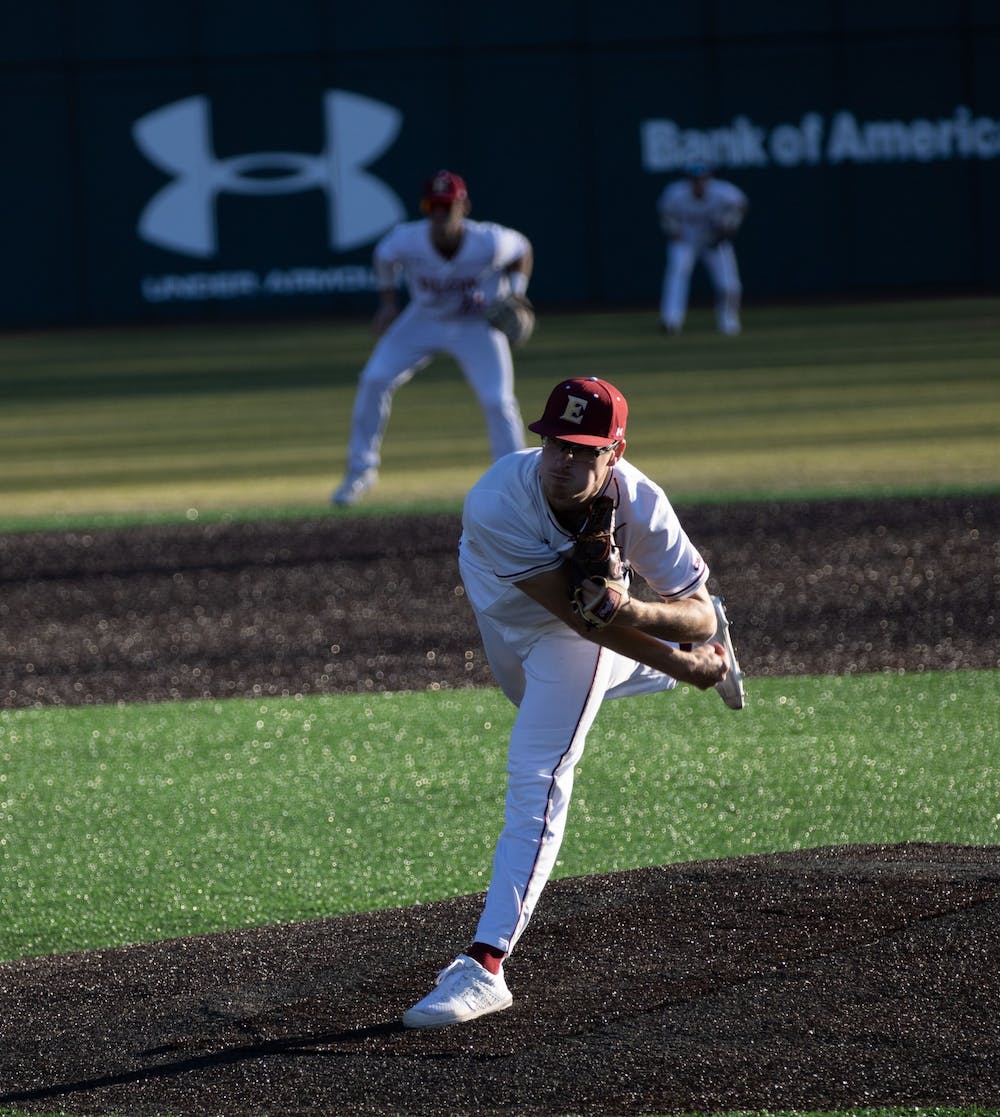 A poor day at the plate cost the Elon University baseball team on opening day, as Elon lost 6-3 against the Fairfield University Stags on Feb. 18.


The Phoenix mustered just four hits in the game compared to Fairfield’s 11. Head coach Mike Kennedy said he was disappointed with Elon’s offensive performance and said the team did not have enough good at bats despite having a game plan for Fairfield starting pitcher Michael Sansone.


“We lacked some discipline,” Kennedy said. “We knew what he was going to do. We’ve seen enough video on them, but we never executed.”


Fairfield took a 1-0 lead in the top of the second inning with an RBI double off redshirt sophomore pitcher Trevor Kirk. He allowed three more runs, one a piece in the top of the third, fourth and fifth innings as Elon fell behind 4-1.


Despite striking out seven Fairfield batters, Kennedy said Kirk played with too much energy, which caused him to leave his breaking pitches high in the strike zone — making it easier for Fairfield to make contact on them.


“He was elevating the ball and couldn’t get the ball down,” Kennedy said. “That’s just a little too much emotion and he’ll have to learn from that. It’s his first Friday start, opening day, but you would hope that he could control a little bit better.”


Elon switched pitchers in the top of the fifth inning, replacing Kirk with redshirt sophomore Cam Seguin. He pitched two scoreless innings and allowed Elon to get back in the game.


“He’s really pitched well for us the last three weeks and really earned that spot,” Kennedy said. “He’s probably just one or two pitches away from having a great day.”


“It gives me a lot of confidence,” Offshack said. “I’m seeing the ball well right now. I know my abilities, I’ve just got to keep making hard contact.”


Fairfield scored two runs on Seguin in the top of the eighth to take a 6-3 lead. Elon could not mount a rally in the final two innings as all six Phoenix batters failed to reach base.


Despite the struggles offensively, Offshack said he felt Elon’s at bats got better as the game progressed and attributed the slow start to it being the first game of the season.


“Toward the end, we really started settling in,” Offshack said. “Obviously, we’re going to be a little shaky at first, but we’ll get better as the games go on.”


Elon will play Fairfield again Saturday at 2 p.m. and Sunday at 1 p.m. to complete its first series of the season. Kennedy said Elon needs to play much better in all phases to win the next two games.


“The bottom line is offensively, we’ve got to be a little more competitive at the plate,” Kennedy said. “On the mount, our guys know when they execute pitches, they’re going to be in a good place. It’s two evenly matched teams. They outplayed us today and we’re going to have to outplay them tomorrow.”