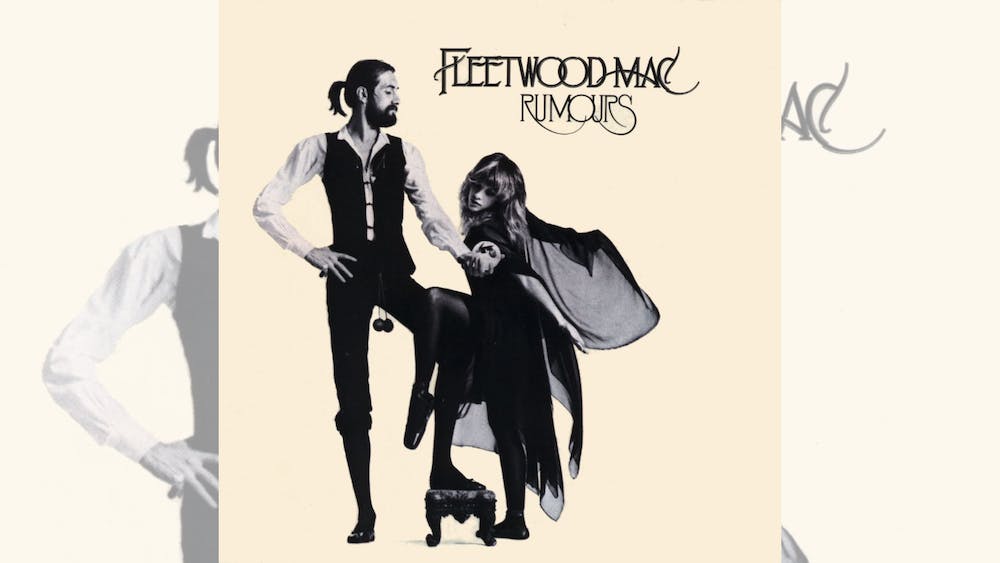 “Rumours” is hailed as an iconic album featuring classics such as “Dreams”, “Go Your Own Way” and “Don’t Stop.”

When Fleetwood Mac met the couple Lindsey Buckingham and Stevie Nicks, a breakup album was soon born. “Rumours” is hailed as an iconic album featuring classics such as “Dreams”, “Go Your Own Way” and “Don’t Stop.” It’s not hard to recognize why this album is regarded as one of the oldies but goodies, however, I think most people forget the roots of this album. This was without a doubt an album that displayed, front and center, the tragic breakup of Buckingham and Nicks. Both artists bled much of their pained emotions and feelings of heartbreak into the carefully crafted songs we enjoy to this day.

The phrase “context is key” heavily applies to music and the artists behind them.

We see examples of this raw emotion in the song “Secondhand News”, which is sung by Buckingham. The song carries a happy, upbeat vibe in the sound and music alone, but simultaneously carries a heavily loaded message. The lyrics indicate to us that even though Nicks has moved on, Buckingham hasn’t. Funny enough, this message is directly contrasted later on in the album  by another song, also written by Buckingham. His message then shifts to showing Nicks the man she is currently missing out on post-breakup. Examining Nicks’ role in the album, and breakup, is crucial as well as it gives us insight into how Nicks perceived the relationship. In her eyes it was a toxic, obsessive romance that she was desperately trying to escape. To Nicks, Buckingham became jaded and focused solely on fame and music, in that order. This forces Nicks to question whether Buckingham was only able to love her during the highs of the relationship and for publicity.

Buckingham starts off his side of the breakup story in the album with the song “Secondhand News”, mentioned above. He later contrasts the message of having not moved on from his lover, Nicks, to proving she is missing out on a changed man. In “Never Going Back Again” Buckingham pays respect to the woman he loved, while also being able to release he is a changed man who can no longer be in a toxic romance. Lyrics such as, “She broke me down and let me in, made me see where I’d been,” indicate Buckingham understands Nicks made him a better man. However, the chorus shows he has grown past the relationship, “Been down one time, been down two times, I’m never going back again.” With growth comes wisdom, and he is ready to move on from a toxic romance. Let’s not forget that there is another side to this story, and that would be Nicks’. “Dreams” shows us that in Nicks’ eyes Buckingham became jaded and focused solely on fame and music, in that order.

A part of the song that stands out is the repetition of the word “player” in the chorus, possibly describing Buckingham. However, if we look deeper, the word can take on multiple meanings when applied to Buckingham. “Player” meaning musician could indicate how Nick felt pushed away for Buckingham’s love of mosaic and fame. “Player” meaning actor, as they are often referred to as players, suggests their relationship was all an act. Most people assume “players” is used in reference to the fact that Buckingham cheated on Nicks left and right. This is part of the brilliance behind the song and album, it’s because the artists create these detailed lyrics that are pieces of a puzzle that is the story they’re trying to tell you.

“Rumours” is an album that forces us to ask ourselves about and examine our current relationships. While doing this, we also get the benefit of listening to classic pieces of great British-American rock that have stood the test of time. This album is a must listen to for the music and sounds it produces alone, but for the clever writing too. When we really break down the lyrics and meanings behind the words chosen, we get a story. All music does this, the trick is taking the time to stop and listen.