The NC Supreme Court struck down GOP-drawn political maps last week, forcing legislatures back to the drawing board 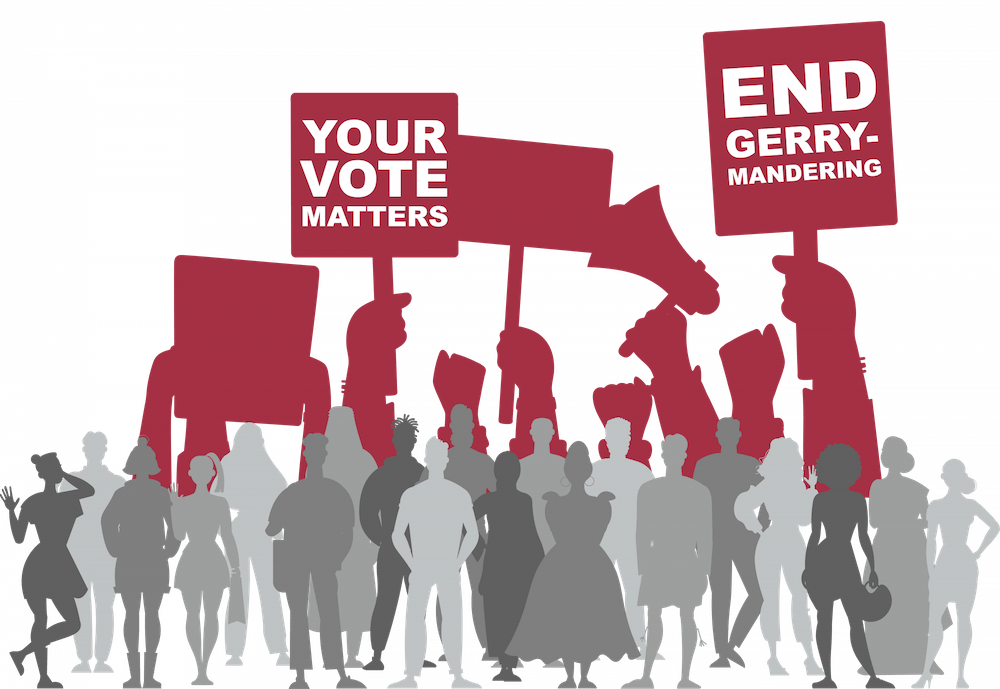 The Republican-drawn political maps intended to be used for the next decade in North Carolina were struck down by the state supreme court. The maps, which are drawn every ten years based on census data, determine where citizens in particular areas vote. The town of Elon and Elon University are located in the 64th district of North Carolina. Southern Alamance County is represented by the 63rd District. Elon News Network spoke with Professor of Political Science and Policy Studies Thomas Kerr to explain gerrymandering and how it impacts North Carolina.

How would you explain gerrymandering to someone who may not have much background on it?

“It is a process where legislatures, because congressional district mapping is left to the state legislatures, a political process where one party tries to redraw distribution maps, so that it would benefit their own party. So, you look at demographics, mostly. You can look at voting behavior too, things of that nature, and draw maps that would maximize the number of seats that you're going to win.

With the rise of analytics … there's people out there that make a living to know exactly what street to stop the district at. It's become a science of, in essence, making the playing field slanted one way.

There's two ways you can do it: it's called cracking or stacking, where you either look at the population of a district, and you can spread out your political opponents' vote base among these multiple districts, so that it's diluted. Or you can do stacking, meaning that you recognize that there are certain areas that you just aren't going to win, the demographics are against you. So, you try to consolidate as many of those votes into one district. So, you just forfeit that one district, but the other districts around it are safe.

One of the reasons why North Carolina can get away with it is because the Voting Rights Act was ruled unconstitutional by the Supreme Court … meaning that prior to that, any change to electoral law in the South — pretty much the old Confederate, the Jim Crow states — had to be approved by the federal government. That went away, so now there's no oversight on the legislature redrawing these maps except for the courts.”

How did it get to this point, of being so gerrymandered that there's lawsuits practically every time the districts are redone?

In increments. It's a science. It’s how analytics have invaded sports, analytics have invaded politics. So, the Republicans — because that's who it's been, it's been a Republican led legislature for a very long time in North Carolina — they just keep pushing the envelope. Let's try this and let's see if it makes it through the courts. So, that's where it's at. Just push the envelope, okay, we got away with this, we're going to try this.

The last time they really tried to do a major gerrymandering, it was struck down, or they had to temper it, because ethnicity was a part of their calculation, which is illegal. You cannot do it based upon ethnicity. You can do it upon party affiliation. So, that's where that voting data is becoming so important. Now they can draw lines based upon voting data, which in theory is completely legal, because it's not based on ethnicity, even though there's a strong correlation between ethnicity and party affiliation.”

Do you think it's too late for people to get involved and to do something about this process?

Every time a congressional map is drawn, it goes up for public debate. So, there is a direct mechanism that people can get involved to express their, either support or displeasure, with the proposed maps.

They don't have to listen to the public though. So, there was quite some outrage when the current map was announced, and during that public hearing, but it didn't change anything. So, really, there's not a whole lot that the individual voter can do. Awareness is one thing … Most politicians don't make that part of the platform, but you know if there is a politician that says gerrymandering is an issue, I’m going to tackle that, then vote for that person. Most people don't pay attention to down ballot candidates. Pay attention to justices, to when you're electing court officials, that's, again, really the battleground in politics right now. So pay attention to those.

It’s so odd to think that the courts are the battleground, isn’t it?

“That hurts me personally, because, again, it's probably being naive, but I still would like to think that the courts are independent and nonpartisan. That's not true. That's not reality. But I would like for that to be the truth. The courts seem pretty hesitant to get involved, especially after the Supreme Court Voting Rights Act repeal. They're taking the cue from the Supreme Court that it's not the court’s job to monitor what an elected body does when it's fulfilling its duty of electoral mapping.”

And why do you think that is? Has it always been that way that it's not the courts job to get involved in that elected body process?

Pretty much, yes. They do get involved when there's things that are strictly unconstitutional. According to the 14th Amendment, you can't discriminate based upon ethnicity, sex, gender, all of that. So, again, at one point, the North Carolina map was struck down because it did take ethnicity, so that's where the courts feel comfortable getting involved. But when it's based purely on politics, then they don't seem to be ready to get that involved in the democratic process.

Which you can see on both sides. Yes, you don't want the courts being the drivers of electoral outcomes and you don't want courts to legislate from the bench, but you also have to deal with something you know, a 50/50 split in the electorate in North Carolina yet, possibly 11 to three, congressional split. That's red flags, sirens … that's not right. That's going against the spirit of democracy.”