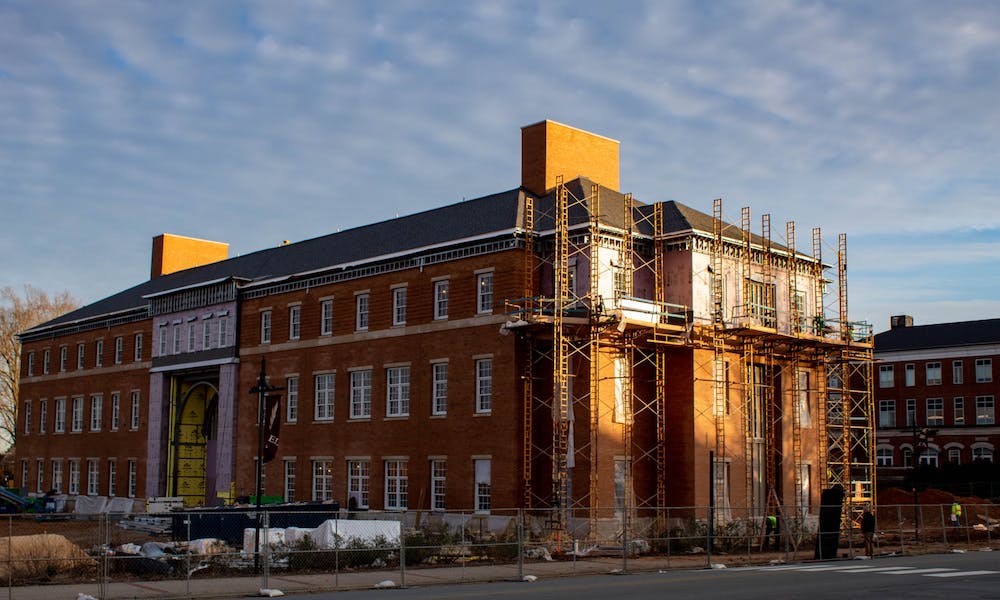 Construction on Elon University’s future Innovation Quad is in its final months prior to the set completion date of June 1. The Innovation Quad will be open for classes at the start of the fall 2022 semester.

“We’ll work on getting all the furniture brought in at the beginning of the summer and then it’ll probably be August before the public starts coming in and professors and faculty start setting up,” said Daniel Carper Jr., the director for construction management in a release from the University.

The future facility is made up of two connected buildings: Founder’s Hall and IQ2. Both will be  home to facilities for engineering and STEM related programs at Elon.

The brickwork facade and the window installation for IQ2 is nearly completed. According to the press relase, interior work, such as  painting and the installation of the ceiling, will begin shortly.

Construction began on the site in the spring of 2021, on what was previously known as the McMichael parking lot. The site is located between the Dalton L. McMichael Science Center and the Richard W. Sankey Hall on North O’ Kelly Ave.

The Innovation Quad Parking Lot was built to replace the McMichael Parking Lot.

Future development for the university on the east side of Elon’s campus will eventually take place on the site of the former Elon Elementary School, near the outdoor fitness court. Elon University acquired that site in 2017.

The two-story Founder’s Hall will encompass 20,000 square feet when completed and will be a workshop space to support the University’s engineering curriculum. The building will also include an astrophysics lab, a design lab, prefabrication labs and a two-story assembly space.

The larger IQ2 will be the main facility for studies such as biomedicine, robotics, computer science and physics — including components such as physics classrooms, faculty offices and an environmental engineering research lab among other things. The three-story building will encompass 40,000 square feet.

Check out our walkthrough of the Innovation Quad below: