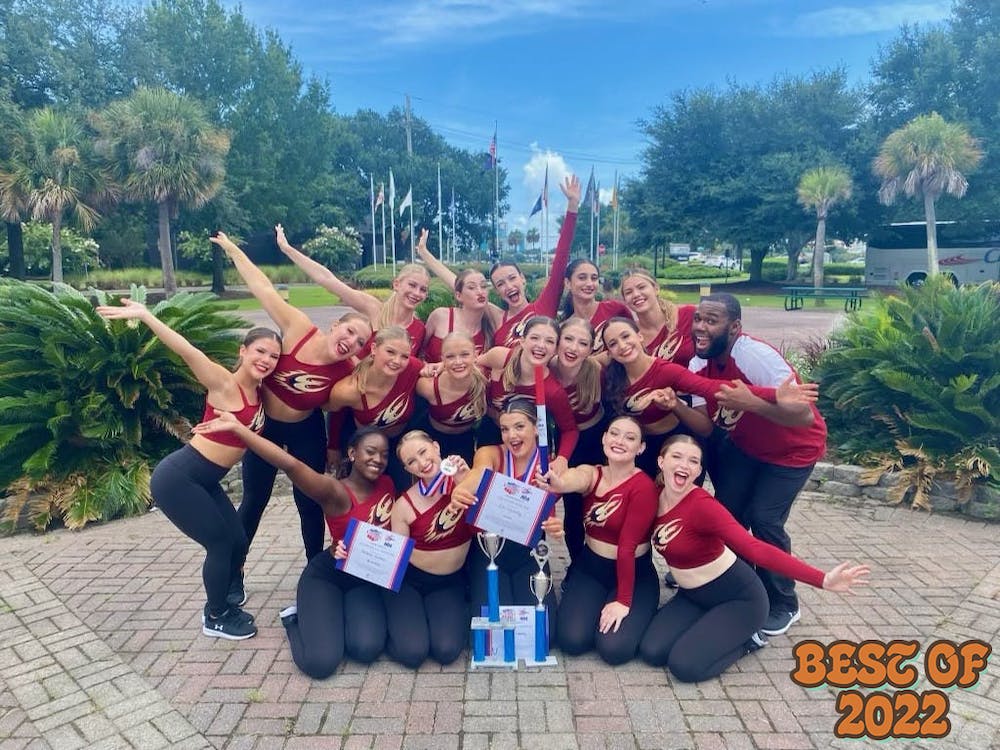 Elon University senior dance team member Cullen Zeno did not know what to expect when he arrived at the National Dance Association Camp team dance competition in Myrtle Beach, South Carolina in August. A first-year member of the team, he held hands with his teammates as they awaited the results of the Game Day routine competition.

As the announcer read out the results, Elon’s team broke into a celebration when they heard they had won. The university community voted that win this year’s “Best Sports Moment.”

Though he had never experienced this level of competition before, Zeno said he felt honored to share the moment with his teammates.

“I felt every amount of joy that they felt, so that was really nice to feel that,” Zeno said.

By coming in first place in the game day competition, Elon’s dance team earned a Gold Bid to compete in next April’s NDA Nationals competition in Daytona Beach, Florida. This is the program’s first ever gold bid, which will provide many perks to help the team with its trip, including receiving five free hotel rooms, a reduced registration fee per person and first priority on hotel assignment.

Senior and team captain Gabby Clancy said the bid is a culmination of the program’s growth over the past several years.

For junior member Devyn Battaglia, this accomplishment helps validate Elon’s dance team as one of the school’s most competitive programs.

“It's really hard for us to sometimes demonstrate to people all that we're capable of and all that we do on a daily basis, let alone at these big competitions and events that we have,” Battaglia said. “It’s so rewarding to see the people in the student body and the community recognizing us not only for the achievements we’ve had, but as a sports team in general.”