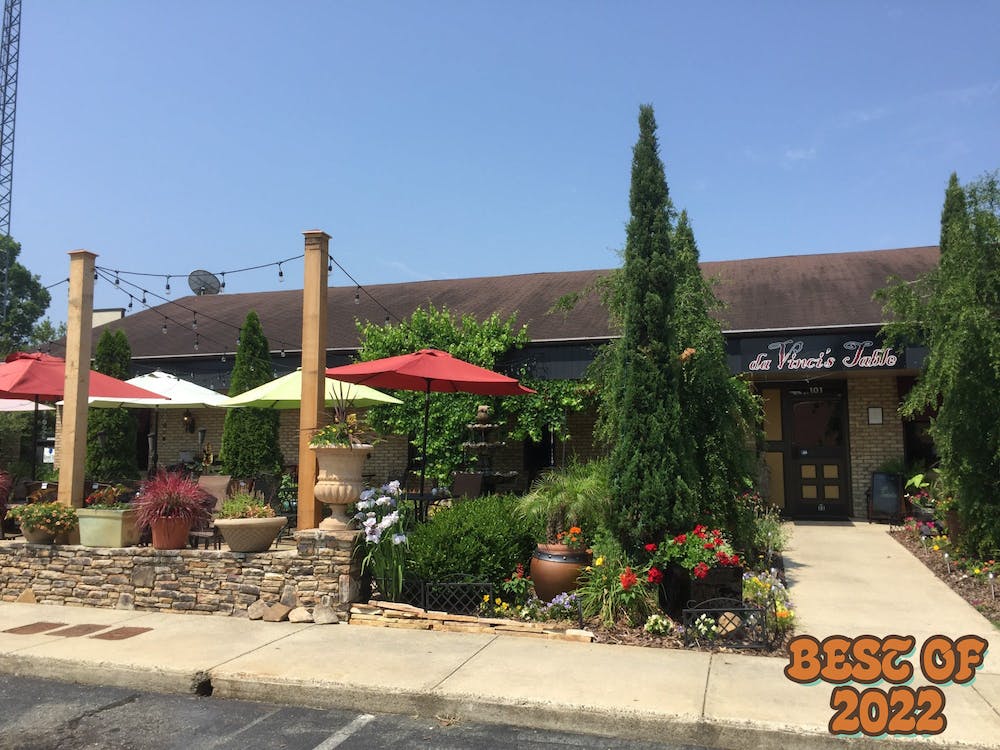 The restaurant’s menu features a variety of pizzas, salads and subs along with an assortment of pasta.

Amy Brandon, who has worked as a server at Da Vinci’s Table for over three years, said her favorite part about working at the restaurant is greeting customers, whether it be newcomers or regulars, and getting to tell them the specials of the day. Owner Lynn Heller also helps create a warm and welcoming environment for the restaurant’s staff, according to Brandon.

“The owner is really sweet, too. She looks out for us, like family,” Brandon said.

Christian Cabral, a regular customer at Da Vinci’s Table, also agreed with Brandon that the restaurant’s atmosphere is what sets it apart.

“It’s kind of old world, it really almost feels like Italy in a little bit of a way, maybe Tuscany,” Cabral said. “It’s crazy because where it’s set is right in the heart of a kind of a very almost industrial area. When you’re in here, I don’t think you feel that though.”

Cabral said the desserts and appetizers at the restaurant were very good and that his family has enjoyed dining at Da Vinci’s Table in the past.

“Everything I’ve had, it’s just been superb. I had my children in here just last week, my son’s older, and we were here kind of celebrating. One of my sons is getting married … and celebrating that, everybody had a great time,” Cabral said.