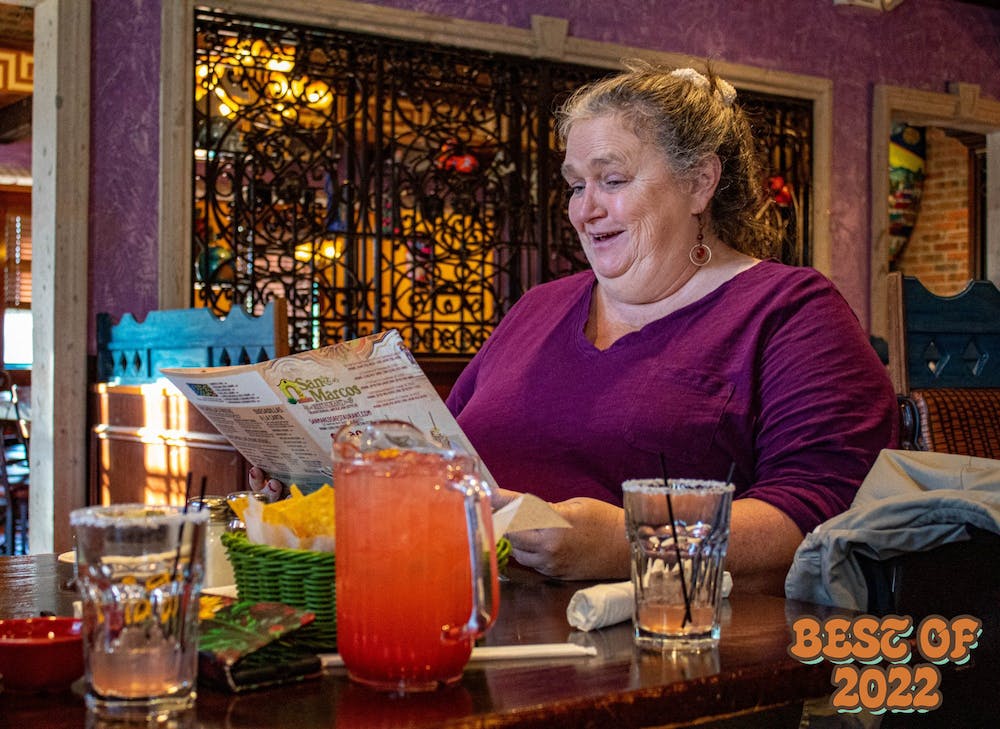 San Marcos is a popular restaurant in Burlington, and the Elon community voted the welcoming, colorful atmosphere and extensive menu, “Best Mexican Food.” Freshman and Burlington resident Grant Sledge tried San Marcos recently and was pleasantly surprised with the outcome of the meal.

“I think the food was really good and on par with other restaurants around, but the presentation was very cool and unique,” Sledge said.

The menu includes many traditional Mexican dishes, such as tacos, burritos and enchiladas, but also has some interesting finds, according to Sledge. Sledge enjoys “El Volcanito,” which is chicken inside a tortilla and twisted to represent a volcano.

“The volcano was extremely good, it was presented great and tasted just as good,” Sledge said. “It was very unique from many dishes and so it was pretty fun to have.”

Freshman Rex Broussard found San Marcos to have a nice, clean ambiance. His go-to is the quesadilla.

“I get the quesadilla, but everything from other people looks and smells so good and delicious,” Broussard said. “Everything is plated so nicely.”

San Marcos has several locations throughout North Carolina, including Raleigh. General Manager Pedro Rodgriez is very grateful to the Elon community for their win.

“Thank you Elon students for choosing us as the best Mexican restaurant in Burlington,” Rodriguez wrote in an email to the Elon News Network. “San Marcos Mexican Restaurant loves Elon students.”