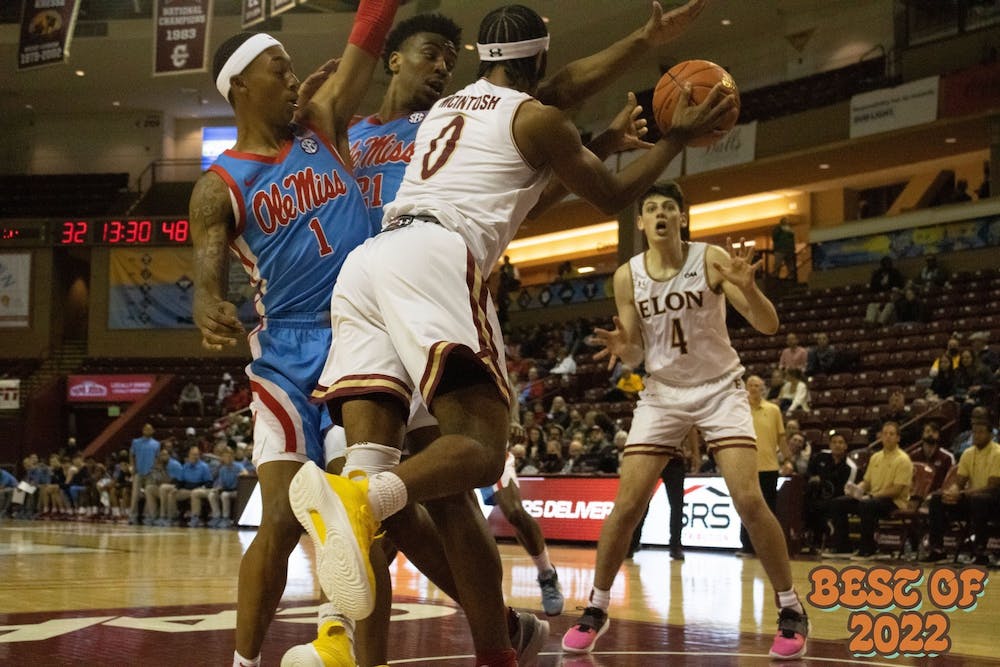 Though the Phoenix lost to the Drexel University Dragons, falling one game short of reaching March Madness, it was still a historic step forward for the program. Elon’s men’s basketball team was voted “Best Men’s Varsity Sport” by the campus community.

Head Coach Mike Schrage said there are pictures in the team’s locker room from the CAA Tournament run to remind players of the team’s main goal for the 2021-22 season.

“We’re not going to talk a lot about last year, but we’re going to remember it,” Schrage said. “It’s always in the back of our mind to make that final step and take Elon to its first NCAA Tournament.”

Junior guard Hunter McIntosh said the program is on the rise and that this year’s team has a strong chance of taking the next step this season.

Junior guard Hunter Woods said the Phoenix’s experience in big games will pay dividends for the team in the postseason.

“We’re battle tested and we know what it takes to get where we want to be,” Woods said. “We’ve got to keep building off the groundwork that has been laid.”