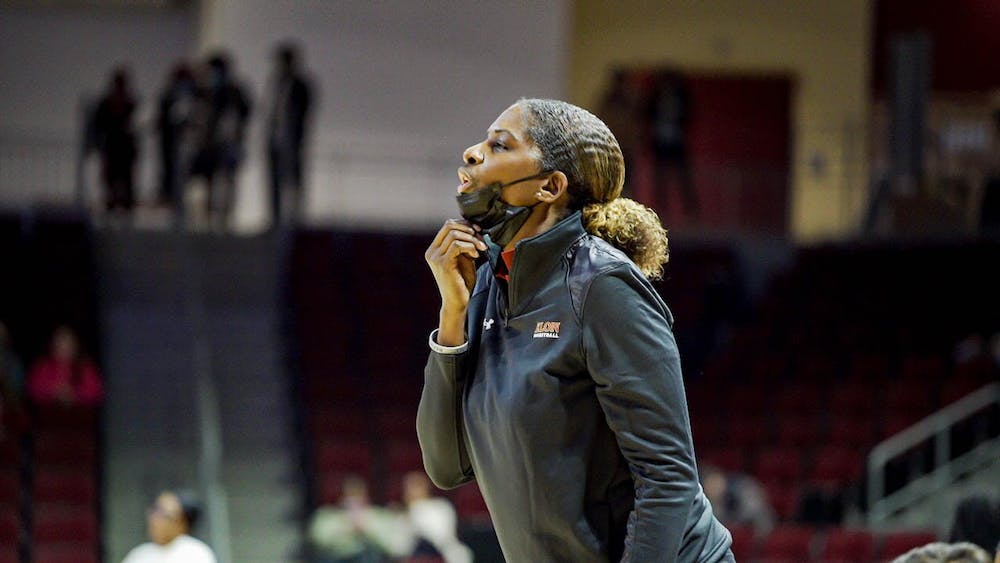 The 2021-22 season for Elon University’s women’s basketball is a noteworthy and historic one for head coach Charlotte Smith.

Smith the all-time winningest head coach in program history, surpassing Brenda Paul (172). Smith is in her 11th season as the head coach of the program.

“She has worked tirelessly to lift up her players, guiding them and serving as a mentor to them on and off the court,” Elon President Connie Book said. “It has been exciting to see her take her players and this program to new heights, and she has earned this moment to celebrate as the Elon women’s basketball program’s all-time winningest coach.”

Smith said reaching that magic win number doesn’t matter as much to her, even though the achievement is well deserved and recognized by her peers.

“My personal accomplishments don't matter to me,” Smith said. “When I think back over my career, I got more rings than I got fingers, and really, stuff like that doesn’t matter. I just want to see the team reach their fullest potential. I want them to win a championship for themselves.”

From 2016-18, Smith led the Phoenix to back-to-back NCAA Tournament appearances, and after winning the CAA Tournament she was recognized as the CAA Coach of the Year for the first time in Elon program history since 1981.

Beyond the stats and records, the impact Smith made on and off the court for her players and fellow coaches will always be what defines her as a coach.

“She’s passionate,” said former Elon basketball player Saadia Munford ‘21. “You never really can question whether she cares or not because you can see all of the work and time she puts in. Sometimes it even takes a toll on her health, but once you see that, it makes you want to go hard for her on the court when you’re playing.”

Smith, one of the most decorated players in UNC basketball history, will continue to add to her legacy as one of the best head coaches in Elon University history.

“You can see the dedication that coach Smith has to her players and the university, and her personal investment in each individual’s success,” Book said. “The leadership she has brought to this program and the commitment she has had to her players are legacies that will last beyond her coaching days.”