The Phoenix defeated Richmond by 21-points in non-conference contest 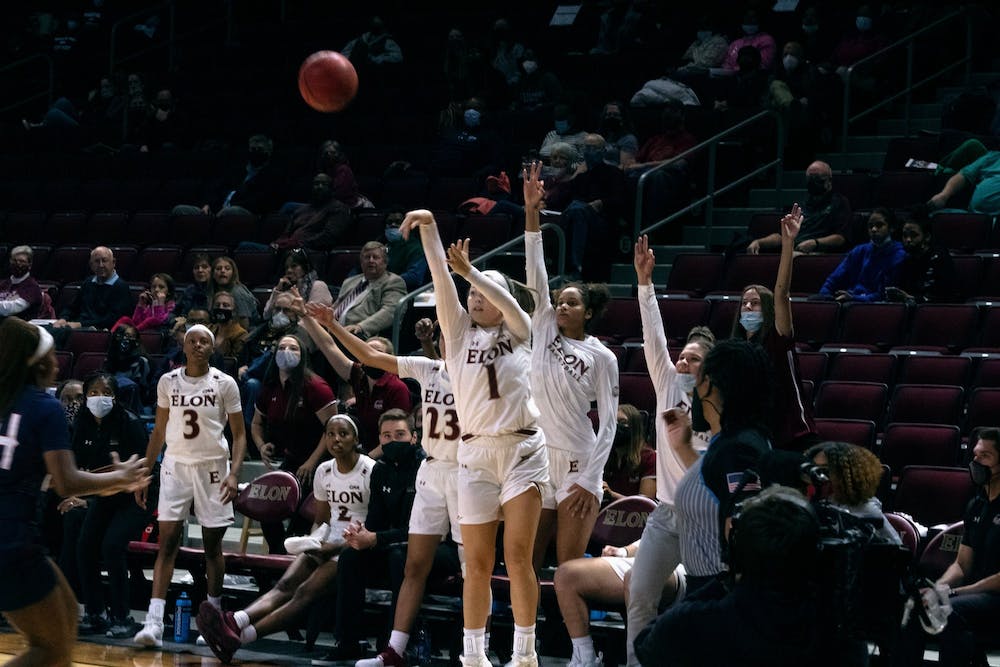 Richmond, VA — The Elon University women’s basketball team travelled to Richmond to put its undefeated record to the test against a non-conference foe, the Richmond University Spiders. It was not much of a test for the Phoenix, however, as Elon rolled past Richmond by a statement score of 71-50.

The Phoenix left little opportunity for the Spiders to gain any traction in the contest. Elon led the game at halftime, 37-28, which would be the closest Richmond would get for the rest of this non-conference matchup.

Elon was powered by a dominant performance from senior center Evonna McGill who registered 18 points on 9-12 shooting from the field. While also adding a productive seven rebounds, the Phoenix had relatively balanced scoring from its starters, with four of five scoring in double-digits.

With the victory, Head Coach Charlotte Smith is now tied with Brenda Paul for the most wins at the program all time with 172.

Elon moves to 3-0 and will look to keep its undefeated record intact when the Phoenix plays North Carolina A&T at the Schar Center on Nov. 22. With a win, Smith would set the all-time record for wins at Elon.