The Phoenix will open CAA tournament in the semifinals on Friday 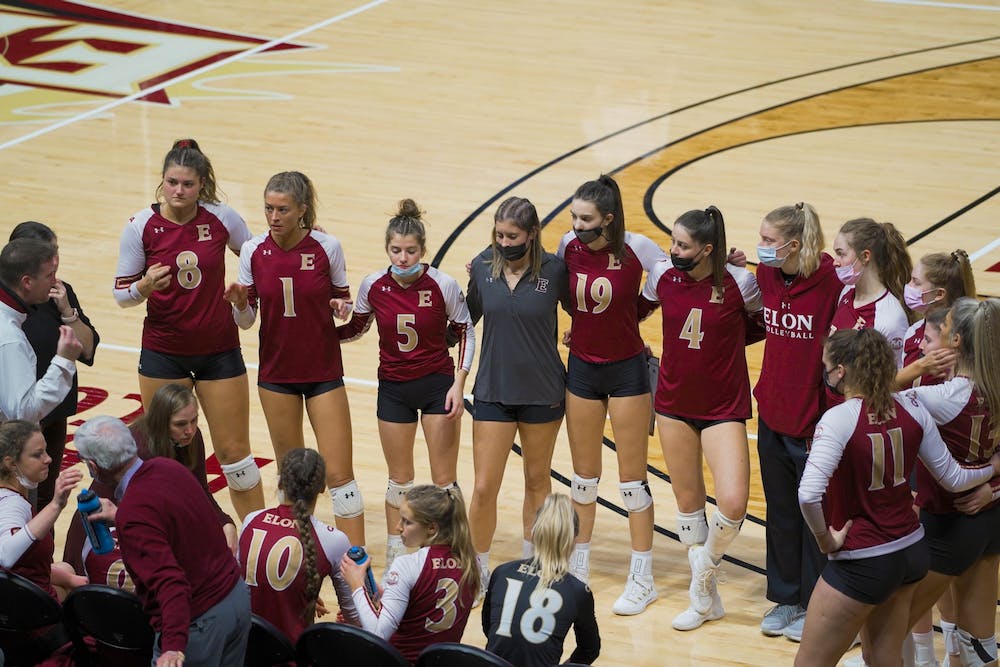 Coming off the most successful regular season in program history, Elon University’s volleyball team is now focused on its next goal-winning its first ever Colonial Athletic Association championship and earning its first ever bid in the NCAA Tournament.

“It would be like the best thing ever to be able to win and say that we're champions,” junior middle blocker Jenn Krzeminski said. “That's what the goal's been ever since I came in three years ago and it's still the goal today and we really hope to achieve that.”

As the number two seed in this weekend’s CAA Tournament in Towson, Maryland, Elon receives a bye into the semifinals. The Phoenix will play either College of Charleston or Hofstra University on Nov. 19 at 6:30 p.m. Elon went 4-0 against those two schools this season.

Because there are only nine members in the CAA for volleyball (Drexel University does not have a varsity team), each team receives a bye weekend during the regular season. Elon’s bye came on the final weekend of the season, meaning the Phoenix last played a match on Nov. 6.

Krzeminski, who earned second-team All CAA honors this season, said the extra week off heading into the tournament and the first round bye give the Phoenix a chance to prepare well for its semifinal opponent and enter that match rested.

“It was a very well-deserved time off and it just gives us more time to look at the other teams and see what the tournament's all about,” Krzeminski said.

Elon went 11-5 in CAA matches this season, the most conference wins for the program since it joined the league in 2014. The Phoenix’s efficient offense was a key to the team’s success in the regular season, with the Phoenix ranking second in the league in hitting percentage. Only tournament host Towson boasts a better percentage entering the tournament.

In Krzeminski’s freshman season, Elon went 14-18 and failed to qualify for the CAA Tournament. However, over the last two campaigns, the Phoenix has compiled an overall record of 21-15 and is now just two wins away from accomplishing something the program has never done.

“It means a lot to say that we made history,” Krzeminski said. “These past three years, we've made history and that's a really big deal and I'm just proud to be able to be a part of the change.”