Professor Tom Kerr and Dr. Michael Rubin, a senior fellow from the American Enterprise Institute’s Executive Council, discussed current issues within the Middle East and the role that the U.S. plays in these countries 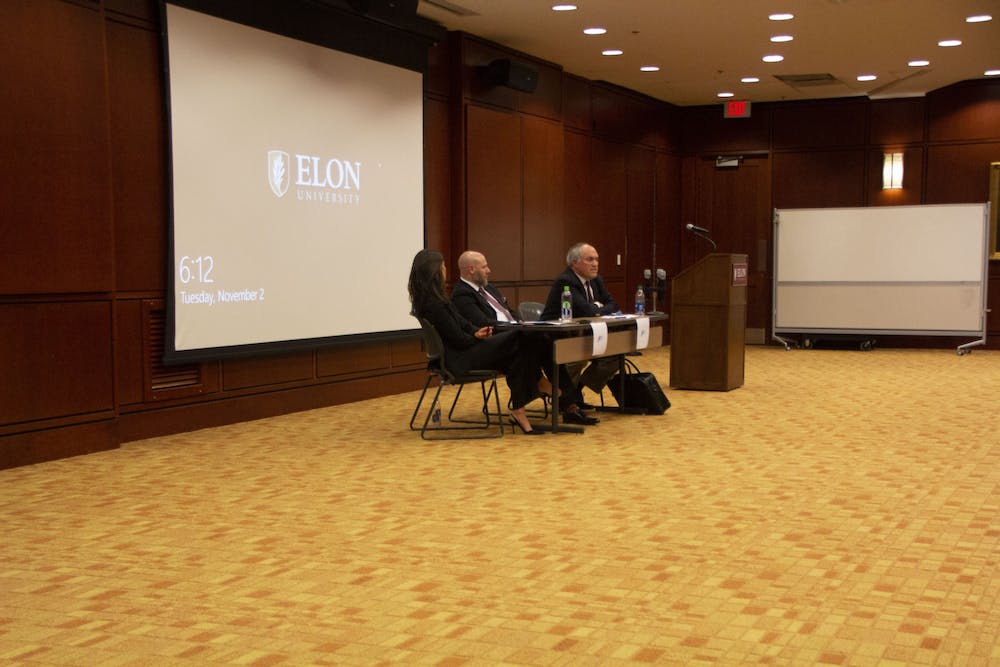 The American Enterprise Institute’s Executive Council presented a panel discussion on Middle Eastern policy with professor Tom Kerr and AEI Senior fellow Dr. Michael Rubin. With the U.S. recently having withdrawn from Afghanistan, this and other middle eastern countries' continued conflict has been something on students' minds.

One issue that Rubin and Kerr brought up was how the U.S. has to balance working with authoritarian countries to ensure that it remains the main ally of some Middle Eastern countries, while also not rewarding governments for human rights offenses. Kerr said that both Russia and China want to be in the position of the U.S. in relation to leverage in the Middle East, therefore the U.S. has to be careful to remain in their coveted position.

“One of the problems we have to address when it comes to Russia and China is how we push forward our own ideas of democracy, social transformation, human rights, while at the same time not throwing the baby out with the bathwater,” Rubin said.

This balancing act can be seen in multiple Middle Eastern countries including Saudi Arabia, Afghanistan and Israel, and this is not a new issue in these countries, according to panelists. Something else Rubin brought up in response to a question was the choice that the U.S. has to make between working with dictators or pushing other countries towards democracy.

Another point that Kerr and Rubin talked about was the U.S. recently withdrawing from Afghanistan. According to Kerr and Rubin, the U.S. leaving was what led to the Taliban’s attack. They also said that while this attack by the Taliban felt like a sudden reaction to the U.S. removing their troops, this had been an issue that was building.

This event was open to all students and freshman Bo Dalrymple said he felt this was an important event to attend.

“We aren’t necessarily taught a lot or know a lot about one, the origins — which was interesting coming from a historical perspective — and two, how the U.S. is impacting the future and operation of the Middle East,” Dalrymple said.