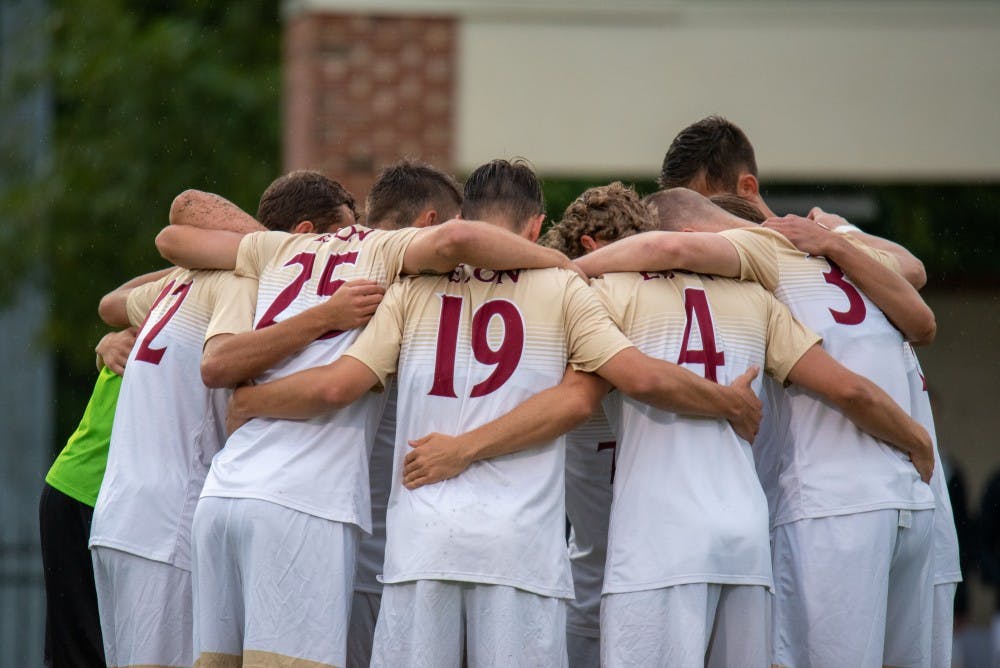 The second half concluded with a 3-3 stalemate between the two Colonial Athletic Association rivals. In overtime, junior defender Kasper Lehm scored the game-winning goal to give the Phoenix the victory. It was his first goal since 2019.

With the victory, Elon earns three points toward the CAA standings. With a 3-1-1 record in CAA games, the Phoenix currently sit in third place, just two points behind first place James Madison University.

“A win is a win and three points is three points,” Lehm said. “Right now, we are in a good position and we just have to keep building on this confidence.”

UNC Wilmington began the scoring with an early goal to go ahead 1-0. A strike in the 19th minute by senior forward Jack Edwards from the top of the goal area tied the contest, 1-1.

Sophomore defender Jannik Videbaek added another goal, a deflection off a corner kick, in the 23rd minute to give the Phoenix a 2-1 advantage. In the 38th minute, freshman midfielder Calle Edelstam provided yet another goal, the first of his career, to make Elon’s lead 3-1.

UNC Wilmington would quickly respond with a goal of their own. At the end of the first half, Elon clung to a 3-2 edge over the Seahawks. In the game’s 84th minute UNC Wilmington scored to tie the game.

UNC Wilmington entered the game just on the outside of the United Soccer Coaches top 25 poll, a weekly ranking of the best college soccer teams in the country, as voted on by coaches. Head Coach Marc Reeves said he is proud of his team’s effort, especially on offense..

“It is a massive home win,” Reeves said. “I was really proud of our guys, we scored four good goals and we showed some character.”

Elon’s men’s soccer team returns to action Saturday, Oct. 16, when the team travels to Massachusetts to face the Northeastern University Huskies. Both the Phoenix and the Huskies will be looking to separate themselves from the middle of the pack in the CAA standings.