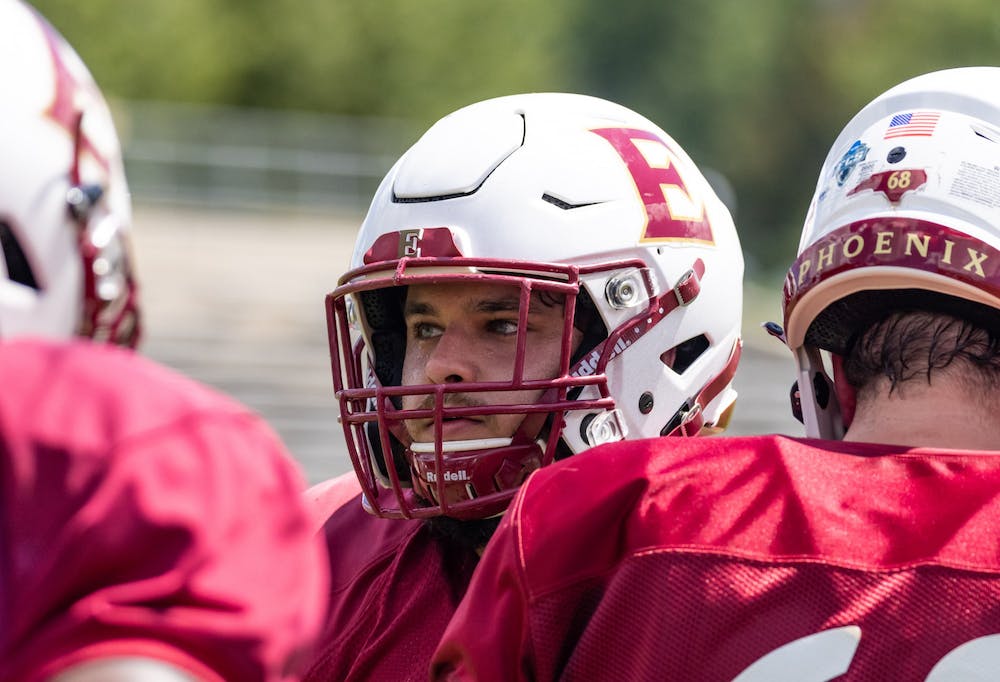 Orono, ME — For the first time since Oct. 2019, Elon University’s football team has won back-to-back games: the Phoenix defeated the Maine University Black Bears on Oct. 9, 33-23.

The Phoenix have now won consecutive Colonial Athletic Association contests and hold a 2-1 record in conference play and an overall record of 3-3.

Elon received the opening kickoff and went on a 14-play, 75-yard touchdown march to take an early 7-0 lead. Cheek found redshirt senior tight end Donovan Williams for a nine-yard score, his first of the season. After a Maine field goal, Elon went on another 75-yard touchdown drive, this one an eight-play series capped off by a 30-yard touchdown pass from Cheek to junior running back Jaylan Thomas.

Cheek found junior receiver Bryson Daughtry for a 39-yard score to finish a brilliant first half for the Phoenix’s passing attack. Maine answered with a touchdown before the half, however, to cut Elon’s lead to 19-10 at the break.

On Elon’s opening drive of the second half, Cheek scored his fourth touchdown of the game, this time a one-yard rushing score to give the Phoenix a 26-10 advantage. The Black Bears answered with a 13-0 run to cut the Phoenix lead to just three points, but redshirt freshman running back McKinley Witherspoon scored a two-yard rushing touchdown to push the team’s lead back to 10 points. Maine was unable to score again.

Elon’s offense was efficient for the majority of the game, picking up 24 first downs and converting 12 of 15 third down attempts. Additionally, the Phoenix offense controlled the ball for almost 17 more minutes than the Black Bears and for the second straight game, the Phoenix did not commit a turnover.

Nine Elon players caught passes, led by junior Jackson Parham and Daughtry, who combined for 10 catches, 160 yards and a touchdown.

The Phoenix have a bye next week, but return home for their next game on Oct. 23 against New Hampshire University. The game at Rhodes Stadium will begin at 1 p.m.