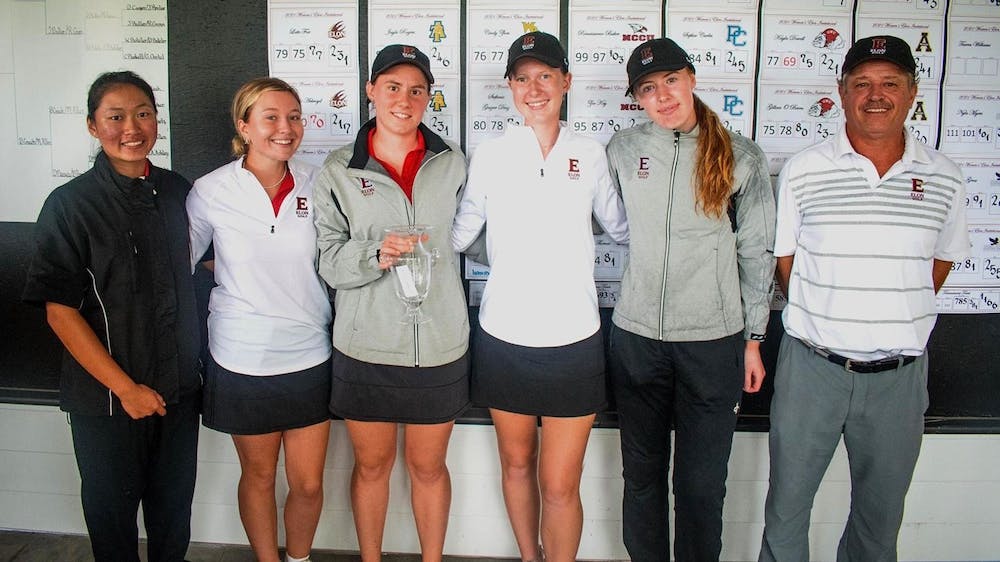 Elon's women's golf team poses for a picture following the final round of the Elon Invitational. Courtesy of Elon University Athletics.

The Elon Invitational, which took place at Alamance Country Club in Burlington, is Elon’s only home match this season. Alamance is the team’s home course and is where they hold practices throughout the season. Eight schools competed in the event, with William & Mary being the only other Colonial Athletic Association team to participate.

Junior Annabelle Ackroyd, who transferred to Elon this season from the University of Minnesota, finished in third place in the individual competition with a three round total of 217 strokes. She made six birdies in her third round to post a one under par round of 70 and move up five spots from the end of round two.

Graduate student Adel Vadkerti finished in a tie for eighth with a three round total of 222 strokes. Sophomore Apple Ngamwong made 12 pars in her final round to finish in a tie for 10th, while freshman Andrea Asmundsdottir shot a final round 83 to drop into a tie for 12th.

Elon had 10 individuals participate in the event, but only the team’s top five players — Ackroyd, Vadkerti, Ngamwong, Asmundsdottir and sophomore Lotte Fox — contributed to the team’s cumulative score of 884 strokes.

Elon’s women’s golf team will next compete in the Aggie Invitational in Greensboro from Oct. 3-5.