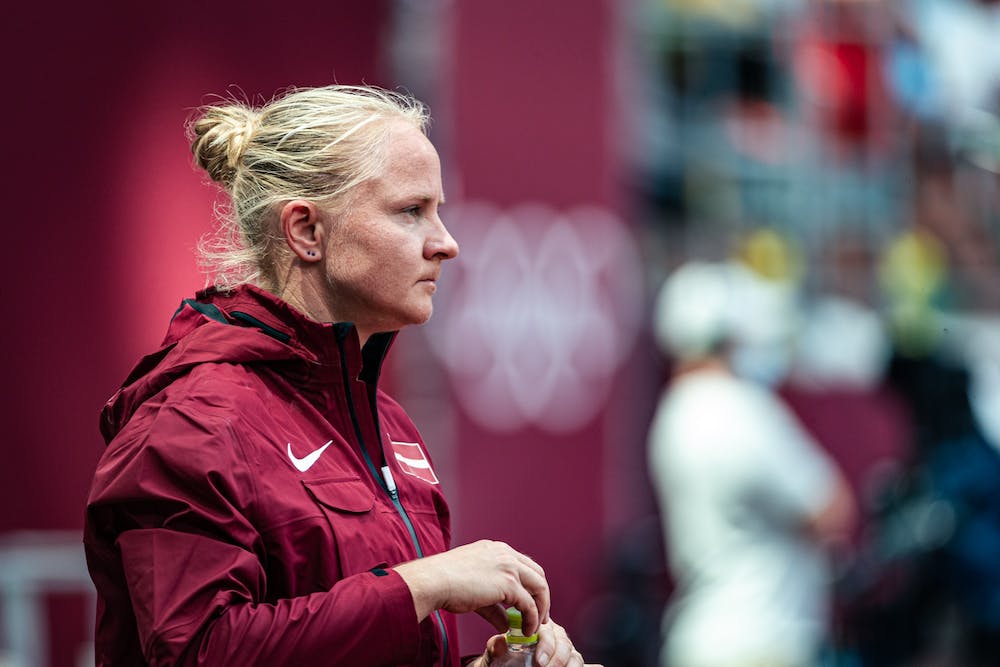 Elon University track and field assistant coach Laura Igaune represented her native country of Latvia in the 2020 Olympic Games this summer. She competed in the hammer throw portion of the track and field competition.

Igaune’s Olympic journey started in 2019, when she threw an Olympic-qualifying mark of 73.56 meters at the Duke Invitational.

“I started track and field [when] I was 17 years old. I'm gonna actually narrow from many events into one of them … I knew people that have gone to Olympics” Igaune said.

Igaune’s Olympic training process looks no different than the one for any competition and her career as a professional athlete. She said she trains to get better, not for anything specific.

“I usually don't specify training for Olympics, I'm just training. If I happen to make it there, I make it there. And you just continue the process,” Igaune said. “It's not the event or magnitude of [the] event, but training day to day. It's literally training your body, it's training to get better.”

Igaune’s preparation period was longer than she had wanted. At the beginning of the COVID-19 pandemic in March 2020, she had expected the games would still take place that summer. By June of that year, the International Olympic Committee (IOC) and Japan Prime Minister, Shinzo Abe, had announced that the games were to be postponed until it was safe to travel internationally.

“In the preparation period, I guess it was longer than I actually needed or intended because of pandemic and stuff like that. So we figured out how we can start competition a little earlier on, you know, me catching COVID also didn't help me,” Igaune said. “You've worked through it and I think, overall,  it gave me a huge experience, not just Olympics itself, but also the preparation period of what to do and what not to do. Because you can learn from both situations and I think I did for this year.”

Igaune’s peers and students admire her as someone who remains disciplined, focused and intelligent as she maneuvers life as a professional athlete and coach.

Cross-country head coach Kevin Jermyn said he has been able to learn from Igaune and her work ethic.

“I enjoy learning from her. Her nutrition is better than any human being I've ever been around. So she opens my doors in terms of the effects of excellent nutrition on taking someone to much higher levels of athletic performance,” he said. “And so I enjoy not just being around her work ethic, but certainly just learning from all the things she's learned over the years.”

“At this point, she's honestly just my role model like, I'm obsessed with her. She's awesome. She literally is Olympian, and she has a normal life. She's a coach, she has a full time job,” Strazdite said. “That's insane, because most of the Olympians, they're literally just professional athletes. They don't do anything besides just practicing that.”

Igaune emphasizes the importance of being patient to anyone who wants to hit a higher caliber of competitive play.

“I guess my two things that I could give any single athlete or even little youth athletes, just be patient and trust the process. And those are two things. And I stick to them daily, weekly, yearly, you just got to be patient, you got to trust the process, and everything else is gonna come.”