CHEAT SHEET: The impacts of Taliban’s takeover of Afghanistan

Thomas Kerr, instructor in political science and policy studies, explains the Taliban’s control of Afghanistan and its potential global impacts 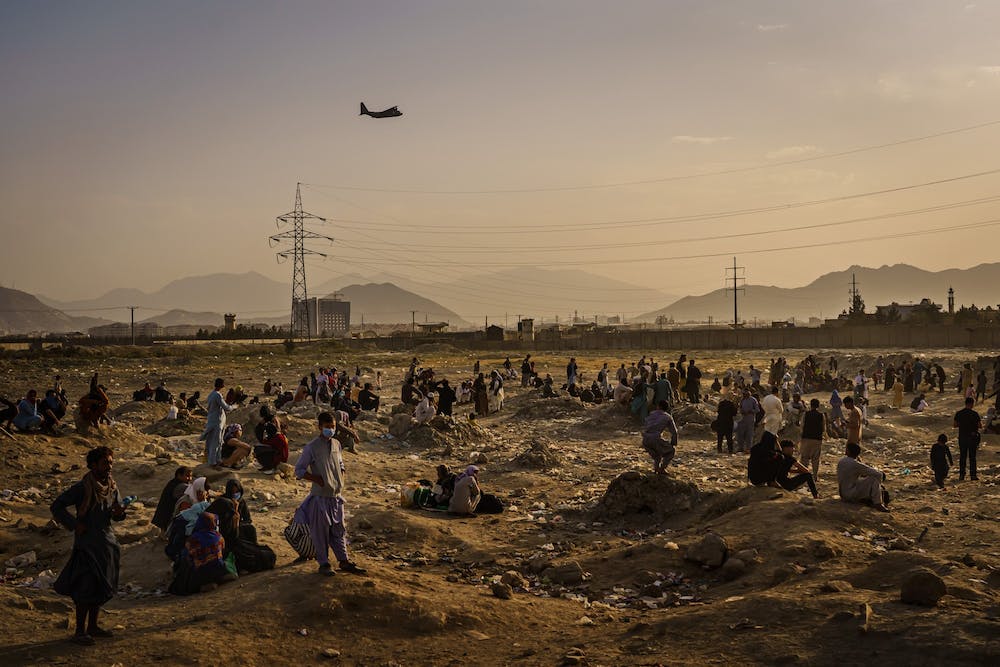 Photo by Marcus Yam | Elon News Network
A military transport plane launches off while Afghans who cannot get into the airport to evacuate, watch and wonder while stranded outside, in Kabul, Afghanistan, on Aug. 23, 2021. (Marcus Yam/Los Angeles Times/TNS)

The Taliban, an Islamic extremist militant group based in Afghanistan, seized full control of the country on Aug. 15 following the U.S. withdrawal of troops. The U.S. military invaded Afghanistan in 2001 as part of Operation Enduring Freedom following the 9/11 terrorist attacks, and occupied the country for almost 20 years. Former U.S. President Donald Trump negotiated with the Taliban in 2020 to withdraw U.S. troops from Afghanistan, a move President Joe Biden plans to complete by Aug. 31. Thomas Kerr, instructor in political science and policy studies, discusses the global impacts of the Taliban’s control of Afghanistan.

Q: What is happening in Afghanistan right now?

A: The United States has announced that it is withdrawing troops completely. The Afghan Taliban has swept in, and in a very surprisingly short amount of time, been able to take control of in essence, the entire country. Right now, they are the government of Afghanistan. Like it or not, that’s the reality of the situation.

Q: How has the Taliban been able to take over Afghanistan so quickly?

A: It was a failure of negotiation. In international relations, you never put timelines on diplomacy. You always want to put metrics on leaving. Another major aspect of it was the rapid corruption within Afghanistan. A lot of the Afghan local governments and a lot of their military hadn’t been paid in

nine months. The Taliban was, in essence, able to come in and say, ‘Hey, we’ll pay your salary if you pledge allegiance to us.’ They’ve been paying salaries of people that haven’t been getting salaries, and then they started at the local level, went up to the provincial [level], and then they took Kabul.

Q: How is this going to impact human rights in Afghanistan?

A: That is the big what if. A lot of Taliban spokesmen have said that the free press is still going to exist. They’re going to be able to criticize the government outside of national interests. Not sure what those national interests are — that’s pretty vague — but they are saying that they are dedicated to an open press, to a certain extent. They are saying that women that hold positions now, both within the private sector and public sector, are going to be able to maintain their positions. That’s very interesting. We’ll see if that actually happens or not.

Afghanistan had been making progressive steps. There are elected members of the Afghan government that are women. As of right now, the Taliban are saying that they are able to maintain their elected positions, [and] that they will be able to be elected into positions of authority in the future. [It is] yet to be seen if that’s going to be the reality. They also said that the escort requirement is no longer going to be [in place]. That’s progress from 2001 where women can’t go into public without a male escort, which is a big step. If it’s actually going to play out that way again has yet to be seen.

Q: Where does funding come from?

A: They’re having a big funding [increase]. The government of Afghanistan that was in place, up until the Taliban takeover, had about $9 billion in foreign reserves, seven of that was held offshore. [The U.S.] immediately froze that, so right now they’ve only got about $2 billion in the country to operate on. That doesn’t go very far. Primarily, [the] Taliban’s been getting a lot of donations from wealthy sympathizers in the Gulf region. They’re already talking with the Chinese to sell some rare earth mineral mining rights. That could be a big boon to the Taliban for actual income from foreign reserves. Unfortunately, that would be in Chinese foreign reserves as opposed to American foreign reserves, which we have less control over. So that’s primarily where they’re getting in the capital right now.

Q: What has the U.S. response looked like so far?

A: A lot of backpedaling. A lot of scrambling to mitigate what is going on. Our foreign policy goals haven’t been adversely affected yet, though this is still a very fluid situation. It’s only been going on for about a little over two weeks now, but really we’re just trying to get all U.S. personnel out of there, and our allies and other countries are doing the same.”

Q: How have other countries reacted to the Taliban’s takeover?

A: “Quite negatively. We invoked Article Five of the NATO Treaty, saying an attack on one is an attack on all. That’s why a lot of our NATO allies went into Afghanistan with us. And part of that expectation is you go in together, you leave together. A unilateral U.S. withdrawal stabs our allies in the back. A lot of them had left. The U.K. hasn’t had active operations in Afghanistan since 2014, but they still did have personnel there. So just announcing a unilateral withdrawal was not a good foreign policy decision when it comes to our alliances.”

Q: What could this mean for our foreign policy and diplomacy in the future?

A: “We’re gonna have to expend some political capital to reassure our allies, to assure NATO members, that when the United States gets involved with a multilateral operation such as Afghanistan, that we’re not going to take such action. The fact that we didn’t consult with our NATO allies before making these announcements puts a black eye on the United States. We’re gonna have to work to make sure that our allies are reassured that the U.S. will uphold its commitments and promises.”

Q: Is there anything else you want people to know about what’s happening?