As the university gets closer to normalcy, mental health concerns remain

For some college students, mental health is something they work on year-round 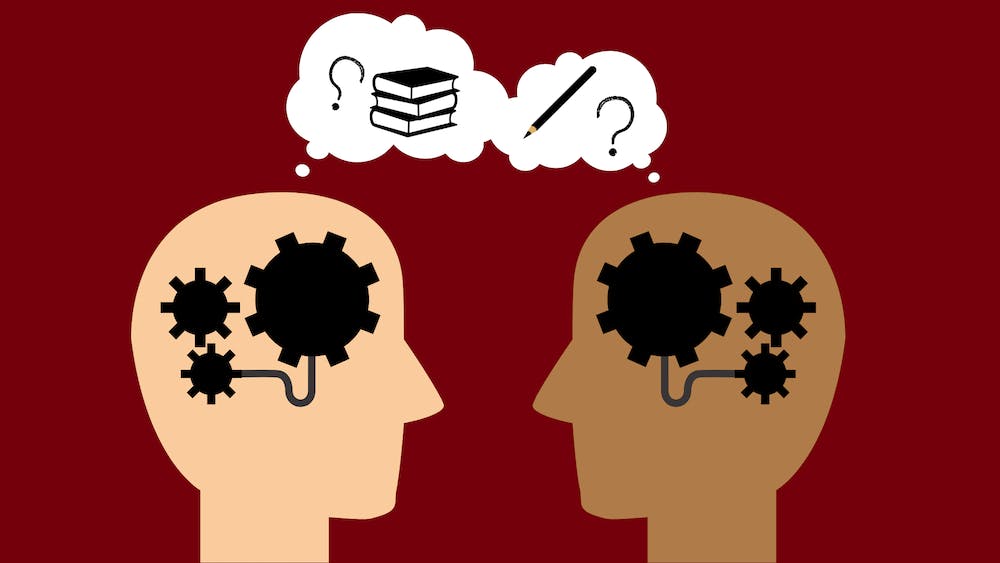 Photo by Nyah Phengsitthy | Elon News Network
Students are preparing to come back to a ‘new normal’ on campus, bringing conversations about mental health at Elon to the forefront.

Sophomore Julia Vide didn’t know she struggled with mental health until she came to college. When she arrived to the realization, she looked back and noticed mental health was never talked about at her high school.

Vide said she believes there is an overall lack of mental health awareness, and she felt like she had to stand alone in her struggle.

“I had depressive thoughts, and I've definitely experienced more anxiety than what is usual, but I've just dealt with those types of thoughts,” Vide said.

According to Insider Higher Education, 65% of college students report having mental health struggles during the coronavirus pandemic. The study found that many students choose not to seek help, with only 15% reporting they have seen a counselor.

Due to coronavirus safety protocols, students were unable to meet with an Elon counselor in person, where only online services were available. This required students to find a private location instead of walking to South Campus.

Vide said that for her, telehealth was not as beneficial as sitting down in person with an Elon counselor.

Elon Counselor and Group Coordinator Mark Eades said that virtual counseling is beneficial because it saves the commute time for students, but it makes it more difficult for the counselor to read the student’s body language.

“Some of our training when we're becoming therapists is to not just listen to words, but also to see what the person's entire person is telling you,” Eades said. “It's hard to really see if a person is sort of slumped or they might be saying one thing or showing something different.”

Eades said that he sees a variety of students, some who feel it is taboo to admit to seeking help and others who are open to talking about counseling.

“It's a nervousness about what others think. How would others perceive me?” Eades said. “What might happen in terms of  the people around me?”

Vide said in her personal experience, students do put their mental health first, but many often struggle to ask for help. This is because it may be hard to find a time that works for them and figuring out how to incorporate it into their schedule, adding additional stress.

“They're just scared to go to that professional help because they have such a busy schedule, but they have to make time to do that too,” Vide said.

Busy culture is common on Elon’s campus, according to Milla Titova, an assistant professor of psychology. Titova defines busy culture as feeling the need to do something at all times. She said this affects a student’s overall ability to achieve optimal mental well-being, especially throughout the pandemic.

Titova specializes in happiness and well-being, especially in college-aged students. College students struggle to achieve long-term happiness because they tend to engage in activities that are not beneficial for their future success, Titova said.

She suggested that improving relationships and expressing gratitude can be two of the most beneficial things for overall mental wellbeing. She said one way students can improve their level of happiness is by doing things for others, like buying a friend coffee or giving someone a compliment.

“It is really impactful to just kind of take a moment, think about all the great things that we have going on, even during the most stressful times,” she said.

Mental Health before, during the pandemic and now

During the pandemic, Vide said she was going through a personal hardship and opened up to her professor about it. She was told she could not receive an extension and her work would still be due at the designated time. This did not sit well with Vide, and caused her more stress.

“I know a lot of professors at Elon do care, but having that just put a damper on my life, and it was just like, ‘Ok, so I still have to get this done. You're just not working with me,’” she said.

Scenarios like Vide’s are why Titova said she implemented a free pass system in her classes, so students can ask for an extension if they need one. She does not require written documentation or an explanation, but rather, she trusts that her students are doing it for a good purpose.

Titova said she wishes other professors would provide help to students, even if students do end up using the “free pass” to avoid schoolwork. Rather than assume a student has poor intentions and is lying to avoid schoolwork, she said it is better to provide them help.

“All they need to do is to say to me, ‘Hey, I need one of those free passes.’ And it works really well because it takes away the pressure from students and gives more flexibility with their schedule,” Titova  said.

Vide said she wishes all professors were understanding of mental health struggles and wants to see more people talk about mental health to remove the stigma associated with it.

“I just really want to educate more people on it and educate myself as well, just because it's so important nowadays,” she said.

As Vide begins to transition to what life was like pre-pandemic, she has several worries on her mind.

“My one concern is that there won't be an ease back to ‘normalcy’ and it'll just go from 0 to 100,” she wrote in a statement to Elon News Network. “I feel like bosses, professors, and others will expect everyone to perform like they did pre covid and not think about their mental health and how hard it might be to go back to in person interactions.”

If you are concerned about your mental health and are in North Carolina for the summer, appointments to see a counselor on-campus can be made by calling Counseling Services at 336-278-7280.