In the past year, some have suffered from increased pressure to have a so-called "summer body" 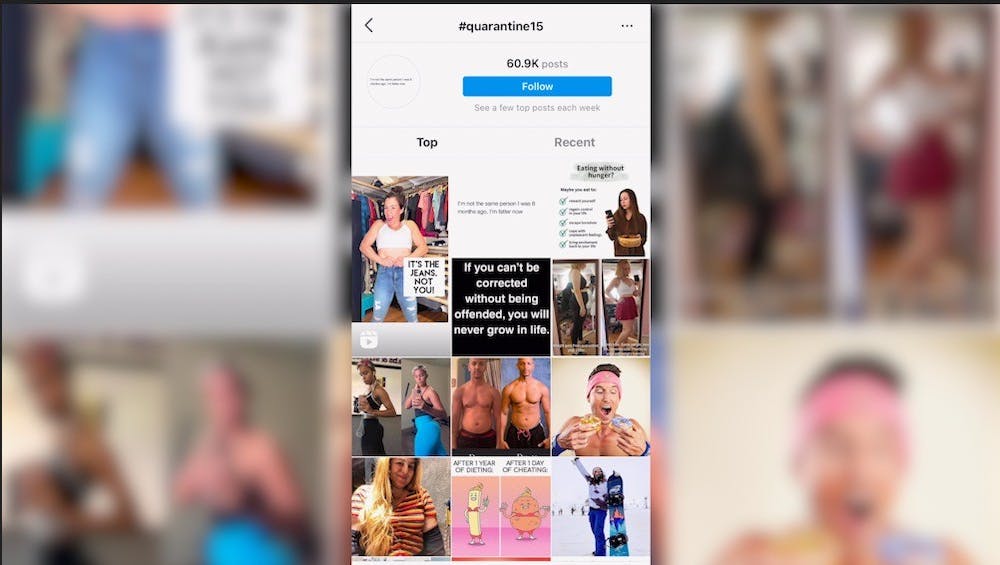 Photo by Ashlyn DeLoughy | Elon News Network
The “Quarantine 15,” referencing weight gained during lockdown, trended during the peak of the pandemic in March and April 2020.

Anxiety has risen in adults throughout the past year due to physical isolation and change in routines, according to the study, which claims stressors are also triggering mental health issues such as body dysmorphia and negative body image. According to the study, women desire being thinner, and men desire being more muscular. Assistant professor of psychology Ilyssa Salomon said the pandemic adds more pressure for people to look a certain way.

“People are kind of saying, ‘Oh, well, you should have utilized this time to make yourself more acceptable,’” Salomon said. “It probably can have a negative impact on people’s self esteem and body image.”

Salomon said some of that negative mindset can come from our phones, especially as screen time has likely increased this year due to the pandemic.

“There seems to be an association between exposure to especially image-based behaviors and content on social media and, at least, negative outcomes for body image,” she said.

Having a healthy body image is an integral part of mental wellbeing and eating disorder prevention. According to the National Eating Disorders Association, people with negative body image have a greater likelihood of developing an eating disorder. They are also more likely to suffer from feelings of depression, isolation, low self-esteem and obsession with weight loss.

Elon senior Taylor Cruz has struggled with body image since middle school. She said it’s something she’s still working through as she prepares for another summer during the pandemic.

When Cruz struggles with body image issues, she said she leans into the people who support her most.

“It’s never, ever a bad thing to reach out to a therapist, or a counselor, or your mom, or dad or an older brother or sister,” Cruz said. “I think that that is so much better than keeping it inside.”