Transferring during a pandemic 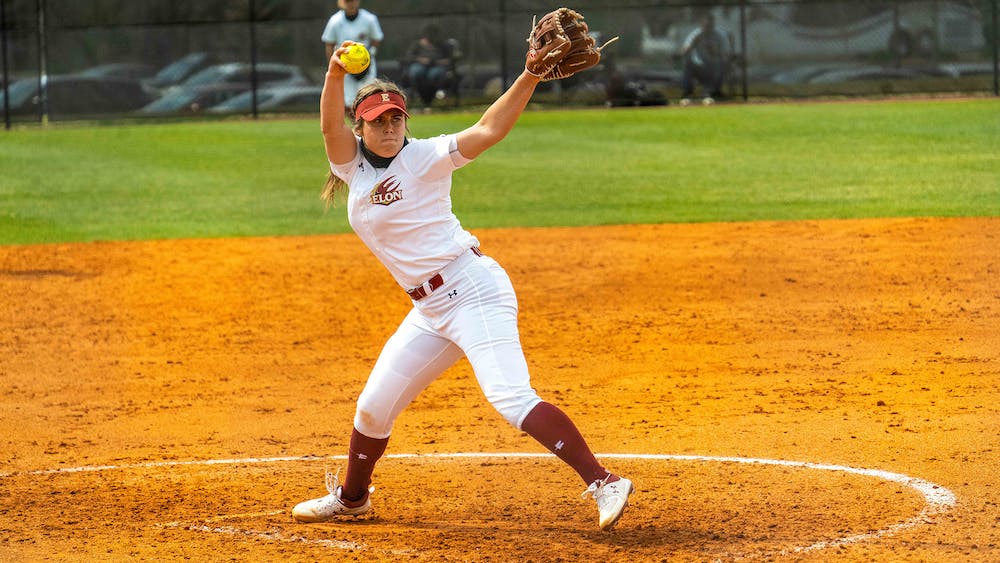 Redshirt junior softball player McKenzie Weber committed to Elon University and its softball team before stepping foot on Elon’s campus. She came as a transfer without ever seeing the school, touring or feeling out the campus environment, and her first in-person tour of the school came during orientation in August 2020.

“If quarantine wasn’t going on and I had been able to tour the school before, orientation probably would have annoyed me a bit,” Weber said. “But since I had not been to the campus at all, I loved learning about the history of the campus and community.”

Transfer athletes have faced challenges in their transitions to new schools since the COVID-19 pandemic began, including adjusting to a new home, classes, people and a physically distanced, masked environment.

The pandemic even impacted the transfer process itself. The NCAA granted athletes in all sports an extra season of athletic eligibility, which many decided to use. Weber said this made the transfer portal very competitive, as most teams had overstocked rosters with few openings for new players.

“It was difficult going through the portal knowing that I may not find some place that I really wanted,” Weber said.

Additionally, while trying to make a decision on where to transfer, Weber was unable to meet any coaches in person and instead had to talk with them over the phone.

Weber had never heard of Elon when she entered the transfer portal, but she reached out to the school upon seeing it had an opening for a pitcher. She said she fell in love with the campus after taking a virtual tour, committed in mid-May and is happy with her choice.

“Everyone here is so welcoming, and it really had the community and family atmosphere I was looking for,” Weber said. “I know I made the right decision coming here.”

For Weber, socializing was a challenge when she first arrived at Elon, as she said physical distancing protocols and masks made it tough for her to make connections.

“It’s very difficult to meet people and get to know them because we have masks,” Weber said. “I can’t see anyone’s facial expressions, and you’re not supposed to be with anyone for more than 10 minutes in a room, which has made it tough for me to get to know my peers.”

Weber said finding a balance between academics and softball has been more difficult than in any of her previous years of college, as online classes have been cumbersome and draining.

“I have a lot of online work, and it’s really tedious and takes up a lot of time, which is something I don’t really have,” Weber said.

Jordan Bonner, a redshirt sophomore wide receiver on Elon’s football team, transferred from Purdue University to Elon before Winter Term 2020, two months before the university sent students home because of the pandemic. Bonner also did not tour campus before transferring to the school and said finding his classes was a serious challenge at first.

“It was just chaotic to be in a different atmosphere,” Bonner said.

Bonner said coming from Purdue, a school with over 41,000 students, to Elon was an eye-opening experience, but the school’s smaller size is something he has come to appreciate.

While the pandemic made adapting to the university difficult, Bonner said having two months on campus before the shutdown in March helped acclimate him to the school. When he returned to campus in the fall, he had a group of friends and a better sense of where things were.

“After a couple of months in the fall, I was like, ‘I’m good,’” Bonner said. “I knew where I was supposed to be, and I was in a good place.”

Bonner said being on the football team allowed him to make connections easier, as did having his god brother, junior running back Jaylan Thomas, on the team with him.

Bonner believes that transferring as an athlete, especially during a pandemic, requires having a strong mentality, as he said it can be very difficult to adjust without focus and flexibility.

“When you transfer, you have to come to your new school with a stronger mindset because it’s not the same,” Bonner said. “You have to focus because the new school operates differently, and you have to get comfortable with it, especially with COVID.”