A love for horses drove senior Katie Zinke to start her passion project, a youth program at a local horse ranch 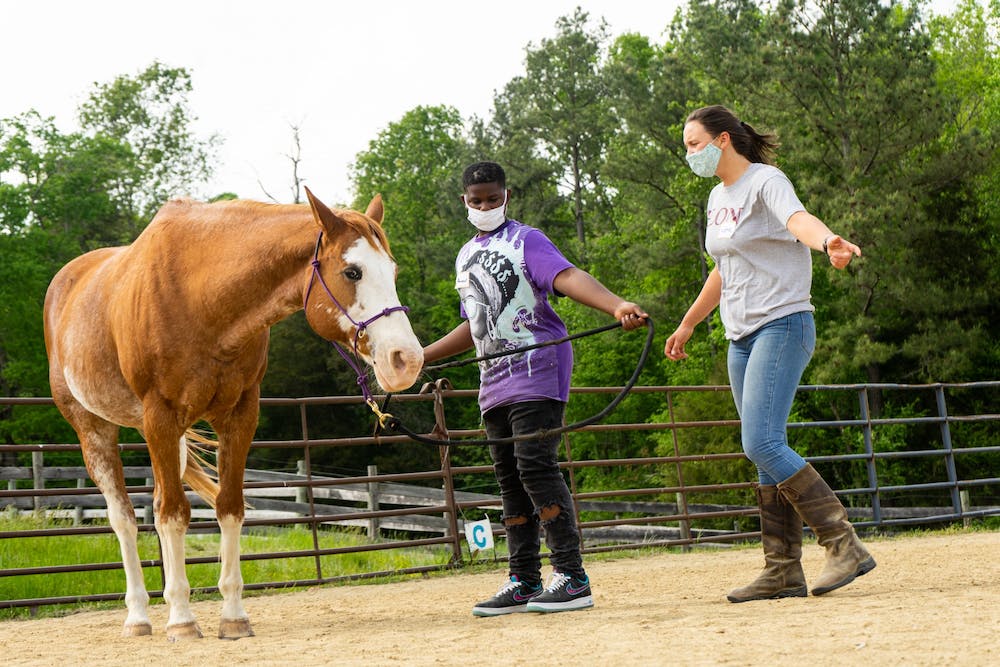 “I get such joy seeing the faces of the kids when they can be around the horses,” Zinke said. “Especially those who have never been around horses or who may have this deep passion that they never knew about.”

The program runs every Thursday after school for five weeks. Zinke is already running her third session. She said most of the children who come to PAYC are from areas where resources like after-school programs may not be easily accessible to them.

“They’re coming from families where maybe the option of being around horses wasn’t ever one that they could have had,” Zinke said. “Different extracurriculars may not have been able to be participated in because of money or something like that.”

Zinke said the program provides children with a new experience — one they may have never been exposed to before. Two biggest learning opportunities for children in the program, Zinke said, are the ability to emphasize non-verbal communication and gain confidence.

“I think they become better communicators honestly,” Zinke said. “Horses communicate with nonverbal language, and you’re not talking to somebody, but your body language matters. How you carry yourself matters.”

Elle Kimsey, an instructor at JoyRide Equestrian, said the partnership has been equally as rewarding for her as it is from the children.

“I’ve always wanted to do something that gave back to the community,” Kimsey said. “When Katie approached me about this specific idea of partnering with this foundation, it was an easy yes.”

Like Zinke, Kimsey said the children leave the program with more self-confidence after weeks of interacting with new animals.

“My favorite part is watching the kids change,” Kimsey said. “Usually they’re a little nervous at first or a little fearful of the horses. To change from that to being able to handle them on their own and sort of see the confidence come up for them.”

Zinke said, for her, horses and the barn have always been a safe place, and she wanted to create something that would do the same for other children.

“For me, the horses definitely have been a purpose or just something I could control in my life,” Zinke said.

Kimsey and Zinke have raised more than $5,000 to keep the program running, and Kimsey said she hopes the partnership and its Elon affiliation will continue. Zinke, who is just weeks away from graduating, said she’ll do everything she can to continue the program, even if it means not being there in person.

“I personally would love to be able to continue this,” Zinke said. “I just love Alamance County, and I really just want to be involved in the future of Alamance County, which is honestly these kids.”