Gas stations in North Carolina are facing a halt in fuel operations, resulting in gas shortages in local communities across the state 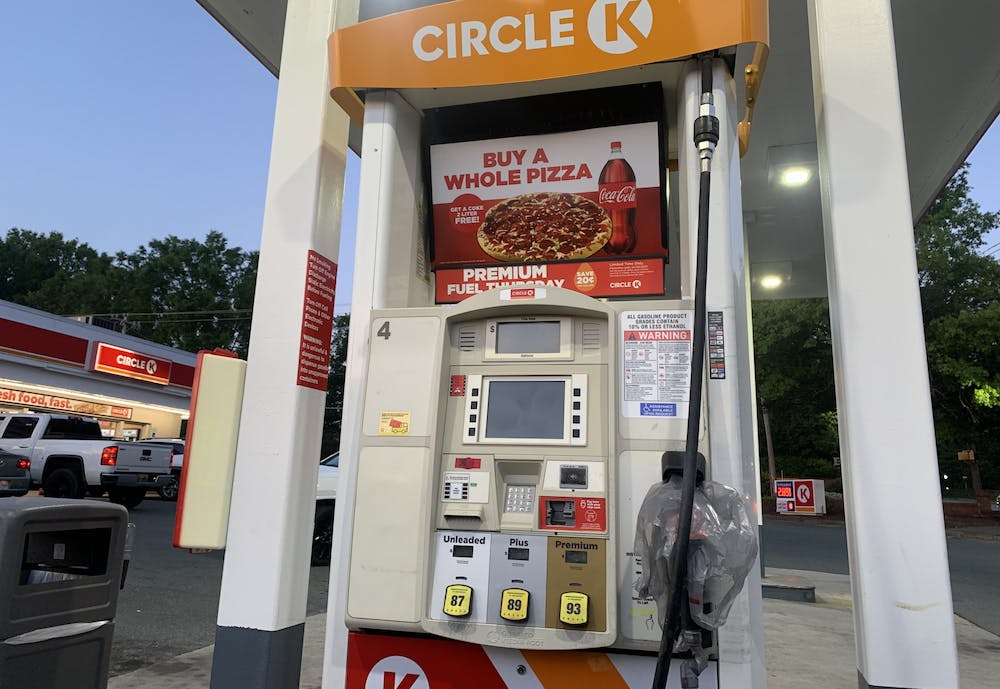 The fuel company learned Friday, May 7 that it was a victim of a cybersecurity attack. The disruption of the pipeline system, which spans more than 5,500 miles in its operation, has since affected fuel services in the Southern and Eastern United States. In a press release from Alamance County Sheriff Terry Johnson on Monday, May 11, the Alamance County Sheriff’s Office and Emergency Management encouraged residents in the county not to buy excessive amounts of fuel.

“In order to conserve fuel, please consider the following fuel saving tips: slow down and watch your speed, reduce idling, minimize use of air conditioning, and eliminate non-essential driving,” Johnson wrote in the press release. “We can all do our part to cut back on our fuel consumption and minimize the impact of the decreased pipeline operations.”

Freshman Mandi Jaffe went to Elon’s Circle K gas station around 2:45 p.m. May 11 and discovered there was no gas left at the station. She said she was able to fill up her car’s tank at the Shell gas station on South Church Street in Burlington.

“It took about 15 to 20 minutes in line to get gas,” Jaffe said. “It was crazy. Each pump had five to six cars waiting.”

The Circle K and Pit Stop gas stations located in Elon and the Exxon on South Church Street all did not have gas as of 6 p.m. on Tuesday, May 11. The three gas stations declined to comment immediately on their gas shortages.

Emergency Management Director of Alamance County Yancy King wrote in the press release that community members should be cautious of the fuel supply during this pipeline disruption.

“At this time federal, state, and local government agencies are actively working to avoid disruption to the fuel supply,” King wrote. “Please do not panic and start hoarding gas as this only exacerbates the situation.”

As Elon University enters finals week with the semester ending soon, Jaffe suggests students fill up if they are heading home after finishing their school year.

“Go get gas if you can,” Jaffe said. “Spend the 20 minutes and go get it, especially if you’re driving home within the next week.”