The Phoenix are headed to the NCAA women’s soccer tournament, after defeating University of North Carolina at Wilmington 1-0 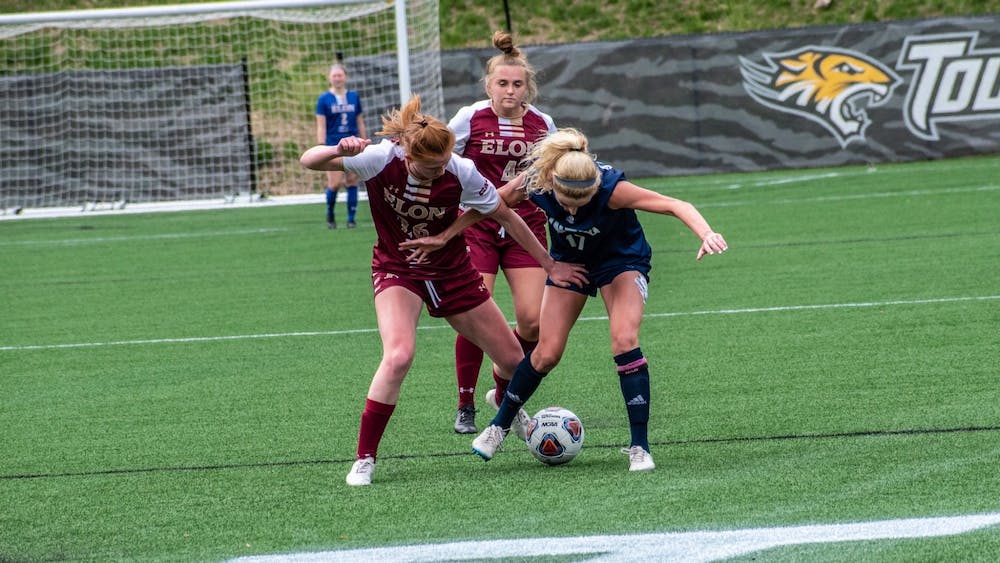 Elon women’s soccer wins first-ever Colonial Athletic Association championship after defeating No. 1 seed in the south division, University of North Carolina at Wilmington 1-0, propelling the Phoenix to the NCAA tournament. The team had their fourth straight shutout win.

The Phoenix shot a total of 11 times on goal and found an opportunity to score on Seahawks goalie Blair Barefoot in the 82nd minute of the matchup. The game was deadlocked at 0-0 throughout the first half until senior forward Carson Jones seized an opportunity.

Jones scored her third goal of the season, putting Elon up 1-0 near the end of the second half and secured the win for the team. Her initial shot on goal was denied and was rebounded back to her, where she sneaked it past the goalie into the right post.

With just nine minutes left to play after Jones’ goal, the Phoenix held out and did not let their opponent bounce back. UNCW did not have any opportunities to score after that moment, as they took no more shots on goal.

This is not only Elon women’s soccer’s first CAA championship, but also their first championship in two decades, when they won the Big South conference in 2001.

Jones was named the championship’s most outstanding player. Elon’s Samantha Dominguez, Kayla Hodges and Abby Fusca were selected to the all-tournament team.

The Seahawks goalie had a total of five saves, while Elon goalie McKenna Dalfonso had two. This helped Dalfonso earn her sixth shutout of the year.

The NCAA women’s tournament is set to begin on April 27 in various locations in North Carolina, including WakeMed Soccer Park, Bryan Park in Greensboro, J. Burt Gillette Athletic Complex and Sportsplex. Elon will find out their competition on Monday when the NCAA selects each team’s schedule.