Taking a recess, how Elon Law adapted to a hybrid learning environment

Students and faculty reflect on the challenges and advantages of virtual learning, mentoring and bar exams 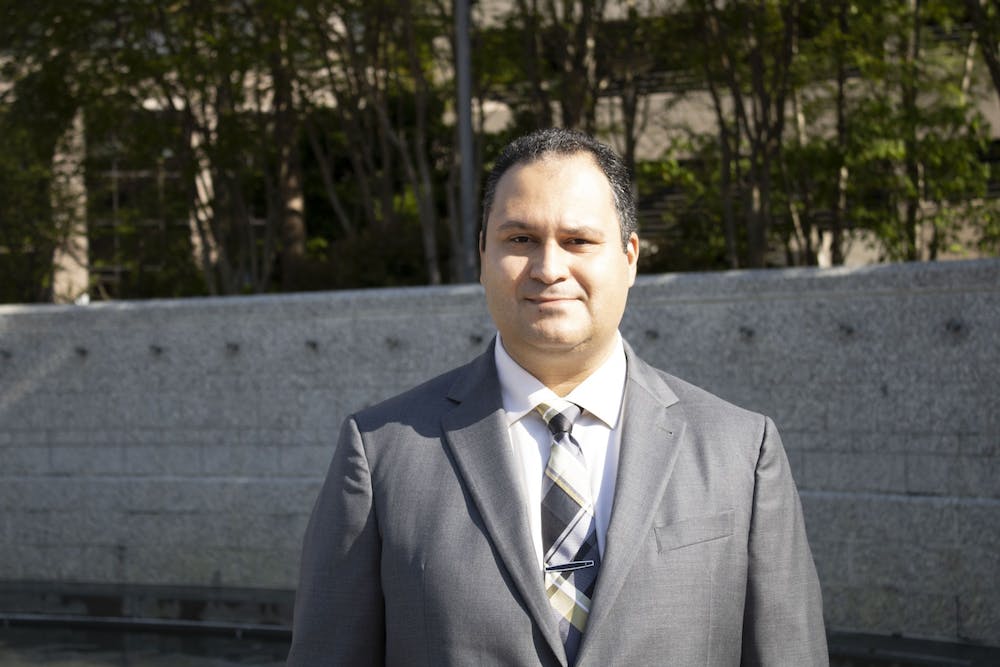 Photo by Jacob Kisamore | Elon News Network
Along with his role as a student mentor at Elon Law, second-year student Daniel Esposito also serves as a teaching assistant, admissions ambassador and research assistant.

Elon Law student Ayowunmi Kuforiji only brought two weeks’ worth of clothes when she returned home to Dover, Delaware for spring break in March 2020. She packed light for the trip, expecting to relax briefly with family and return to Greensboro to complete the final trimester of her first year.

However, as COVID-19 cases begin to rise across the country, Elon Law announced it would wait two additional weeks before having students return. Soon after, the school announced the spring trimester would take place virtually.

Elon Law has faced many challenges in its transition to an online learning environment, including switching classes to a hybrid model, preparing students for a virtual bar exam and making adjustments to its student mentor program.

Kuforiji said transitioning to online classes for the spring trimester was scary, especially as a first-year student. For her, the most difficult part was not being able to physically be in a classroom with her professors and peers.

“You really do get a different experience of law school when you’re in person versus online,” Kuforiji said. “I think a lot of the learning that happens is when you’re in the classroom, such as taking cold calls and having discussions with your professors and peers, and when you’re online, you don’t really get that connection with everyone.”

Elon Law implemented a hybrid format for classes throughout the 2020-21 academic year. Students can attend classes either in person or online, depending on their preference.

Luke Bierman, Elon Law’s dean and professor of law, said he is confident the school has taken the proper steps in its transition to a hybrid format to ensure students get the best possible experience while staying safe, which included adjusting the curriculum.

“We’re used to meeting challenges, and we’re used to having to change things,” Bierman said. “We weren’t worried about it because we have a great system.”

While Bierman said he is happy with the adjustments Elon Law has made, casual interactions have been difficult due to physical distancing protocols and virtual events, and this has taken away from the school’s interactive environment.

“The informal meetings that we usually have, the informal get-togethers, study groups, those things are much more difficult to organize, and I think that has certainly had an impact on how students and faculty feel,” said Bierman. “I think the community is not as rich for those reasons.”

Kuforiji said she prefers attending classes in person because it is easier to connect with her peers.

“In-person contact is really important for law school,” Kuforiji said. “It’s mentally draining. It gets stressful, and it’s always nice to talk to someone and say, ‘Hey, you’re experiencing that too.’”

Daniel Esposito, a second-year Elon Law student, said one of the biggest challenges this year is student mentoring. In a typical year, second and third-year law students hold informal office hours in the library for first-year students that need help or advice. However, due to physical distancing protocols, student mentors are no longer allowed to hold these impromptu sessions, and first-year students must instead sign up for a time to meet with them.

Esposito, also a student mentor, said this led to many first-year students shying away from seeking help from their peers early in the school year, as signing up for an appointment takes away the casual atmosphere office hours provided.

“The biggest hurdle they have had is seeking help because that’s something everybody struggles with at first,” Esposito said. “You don’t realize that being a lawyer is like being dumped on an island and everybody is speaking a foreign language, but I think it’s even a little harder for them because we’re not there.”

Esposito said that as this school year has progressed, first-year students have become more willing to seek help.

“Over the winter trimester is where it finally seemed like they started coming out of the woodwork, and I’m glad for that,” Esposito said.

One of the unique challenges for Elon Law this year was preparing students for the online bar exam, the test that determines whether a candidate is qualified to practice law in a given state. North Carolina offered the bar exam online for the first time in February, and Bierman said Elon Law worked hard to prepare students for the experience.

“There was a lot of anxiety on top of what is a very difficult and anxious period anyway,” Bierman said. “We’re hopeful that our graduates did well.”

Elon Law students have also had to deal with hybrid and virtual environments in the professional world. Esposito is currently an intern for the North Carolina Supreme Court, which is conducting all of its hearings online. Getting feedback from his superiors is the biggest challenge of the virtual environment, Esposito said.

“If you want an on-the-spot evaluation of your work, it’s never going to be on the spot because you’ve got to email your bosses and have it sent back to you, and you’re going to get a more polished product,” Esposito said.

Esposito does not expect current law students will have trouble adapting when the legal field returns to being in-person because the skills are transferable, and he believes it will be a while before that transition is made.

Networking in an online environment is also challenging. While there are still online networking events on virtual platforms for students to interact with lawyers, students often don’t get a chance to speak directly to them.

Esposito believes virtual classes come with a number of positives, with the most obvious being that students can attend class from anywhere. He also believes online classes foster better communication between students and professors.

Esposito credits the professors at Elon Law for making virtual classes both enjoyable and informative.

“They’re really good about allowing for questions and comments online,” Esposito said. “They have made sure, even if they are teaching in their homes, they do it in a way that’s still entertaining, charismatic and engaging.”

With the transition to hybrid learning and all of the challenges faced during the 2020-21 school year, Kuforiji said she is thankful that everyone in the Elon Law community has been understanding

“Elon Law has done a great job trying to just extend grace and understanding that we’re all going through the same situation,” Kuforiji said. “As long as we’re giving each other that grace, it’s something that we can get through together.”