In the first runoff election in five years, Yoon won 67% of the final vote for the position on the executive council 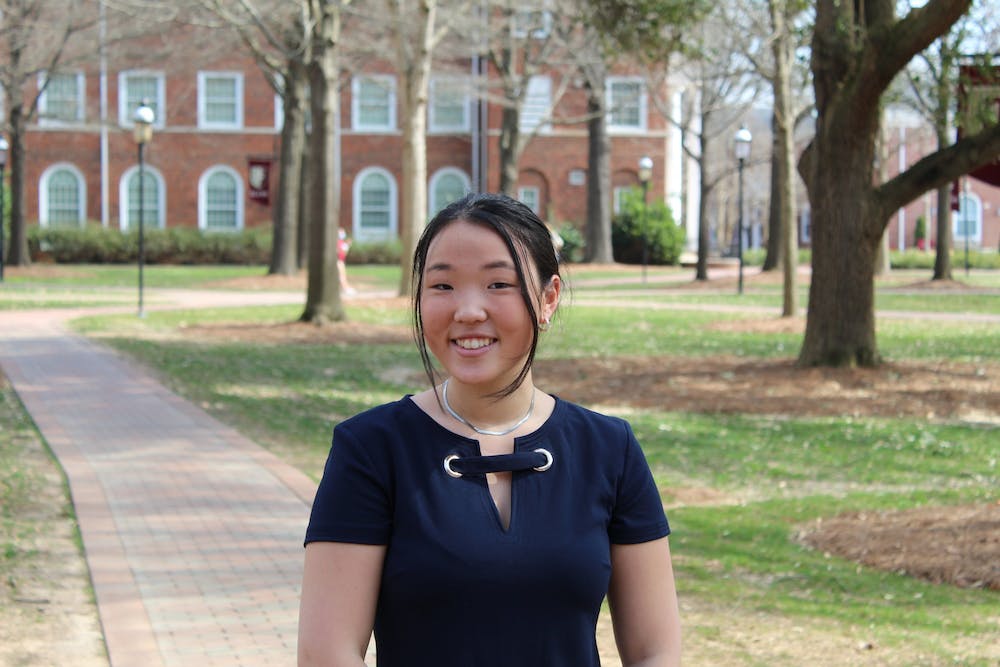 Chloe Yoon has been elected as executive vice president of Elon University’s Student Government Association. Yoon, a junior secondary English education major, won 67% of the vote in the runoff election. 975 votes were cast in the election.

Yoon’s campaign was centered around diversity, equity and inclusion, which was highlighted by her campaign slogan, “affirming that everyone at Elon can bELONg.” While she has never previously served on Elon’s Student Government Association, she believes an outside perspective is necessary to make legislation more inclusive.

A runoff election was necessary because no one received a 50% majority vote in last week’s election. Yoon received 48% of the vote, Ireland Horan received 34% of the vote and Trevor Molin received 18%. This was the first time in five years that two candidates for an executive position participated in a runoff election.

In between elections, Yoon made no changes to her campaign, instead worked to make sure Elon students were aware of the runoff and encouraging them to vote.

Yoon plans to work with the university’s administration and the student body to create a more transparent line of communication between the two. She hopes to uplift the voices of Elon students and work closely with students both inside and outside of SGA.