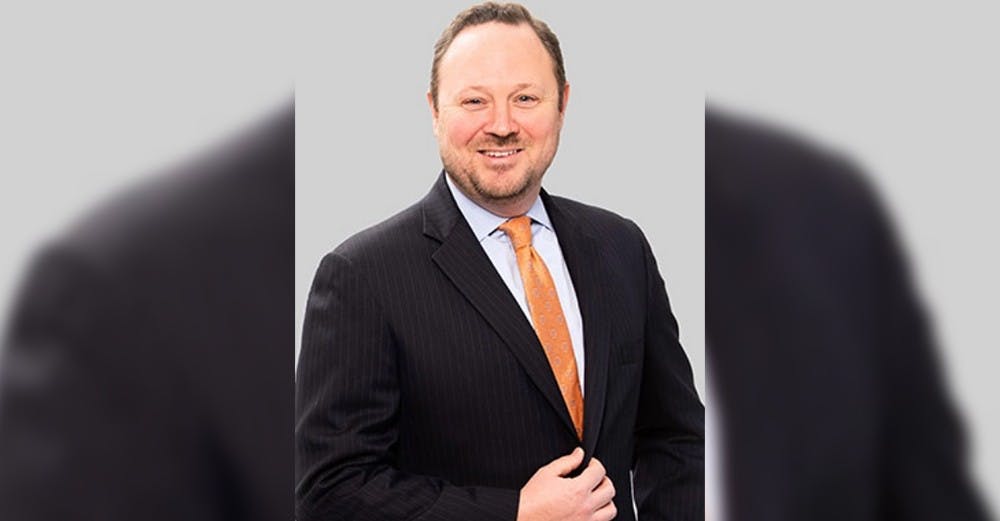 Craig Turner has been selected to fill the vacant county commissioner's seat. He will be sworn in on Feb. 1. Photo courtesy of Fox Rothschild Law.

Turner is an Alamance County native, Elon Law alumnus ‘10 and veteran, serving in the US Navy for eight and a half years. He works as a litigation attorney, representing local law enforcement officials in civil claims cases regarding unlawful searches, unlawful seizures, and disputes over first amendment rights.

“I understand law enforcement,” Turner said during his speech at the meeting. “I think my background is important and helps give me some expertise in this role.”

Turner received a majority of the votes from the Alamance County GOP executive committee with a total of 22 votes.

Turner was one of four candidates nominated by the executive committee for filling Galey’s vacant county commissioner seat. The other candidates nominated for the seat were Robert Turner, co-owner of the Ace Speedway, Paul Williams, a retired Alamance County EMT, and Michael Trollinger, a council member for the town of Green Level.

After the nomination period ended, the four candidates each spoke for three minutes in front of the executive committee members about what they hope to accomplish if chosen to fill the vacant seat. During his speech, Craig Turner said he thinks it is important to have somebody with qualifications who will fight for the citizens of Alamance County and seek assistance when needed to make the right decision.

When speeches from the nominated candidates concluded, members of the Alamance County GOP executive committee voted for a candidate to fill Galey’s vacant county commissioner seat. Since 39 of the 44 executive committee members were present at the virtual meeting, a total of 20 votes for a single candidate were needed in order for them to be formally chosen as the next county commissioner.

Robert Turner received 11 votes and Trollinger and Williams each earned 5 votes and 1 vote, respectively. Turner’s majority win of over 20 votes means he will be the next Alamance County commissioner, taking over ex-commissioner Galey’s seat.

Turner will be formally sworn in to the Alamance County Board of Commissioners at the next county commissioners meeting on Feb. 1, at 9 a.m.