For men and women’s basketball, the opening games start on Jan. 2 with the men’s team traveling and the women’s team at home 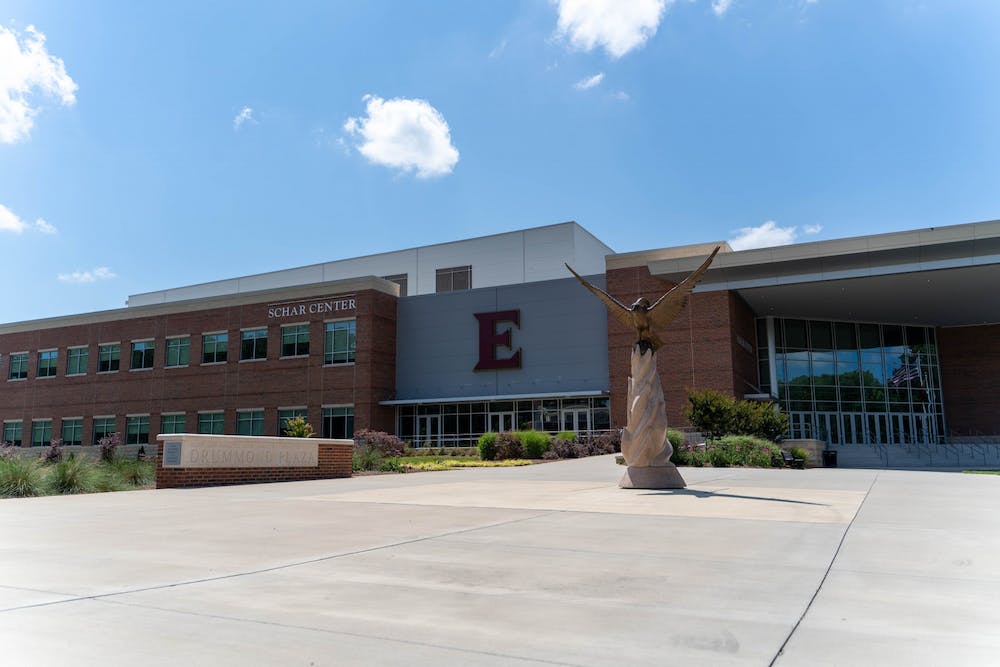 Updated Oct. 15 at 11:04 a.m. to include information from women's head basketball coach.

The Colonial Athletic Association announced an adjusted schedule for both men’s and women’s basketball in a press release on Wednesday. Both regular seasons will begin in January.

For Elon, both opening games will be on Jan. 2 against Northeastern, with the men traveling to Boston and the women remaining home. The regular season will conclude Feb. 28. Non-conference games have not been released, as well as ticket and seating information.

According to women’s head basketball coach Charlotte Smith, official practices started on Wednesday. Smith said the number of players at practices are no longer limited and the full team can practice together.

“We’re just taking it one day at a time, making sure we have the wisdom and strategy in terms of practice planning so that they can stay healthy and have a great season,” Smith said.

Smith said she is excited about the new conference schedule even though it is a change in format that the team will have to embrace.

“I’m most excited about my senior class, this is a class that won a championship their freshman year,” Smith said. “It’s exciting to finally have that veteran experience on the team.

When asked if she had reservations or fears about travelling and safety concerns regarding COVID-19, Smith said that she doesn’t “govern [her] life by fear.”

“I govern my life by wisdom, and I think when you take the steps to be wise and you follow the protocols that Elon has put in place, you have a chance to be successful,” Smith said.